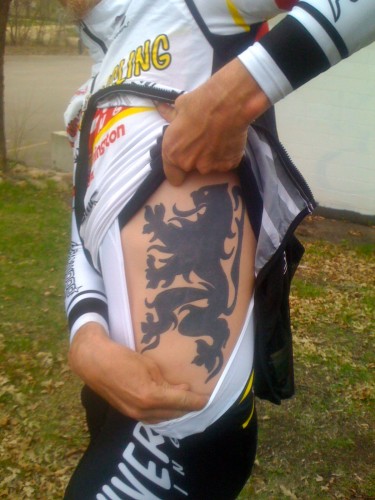 Since Flanders was today, I thought this appropriate. I guess Hollywood has a intimate relationship with Flanders. Big win for Tom Boonen today. Too bad for Cancellara. 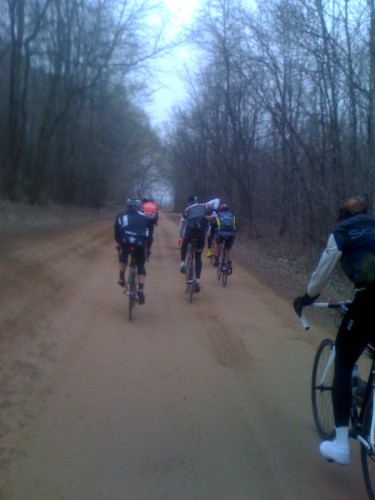 I rode nearly 90 miles on a Tour de Minneapolis yesterday. It was supposed to be nearly 70 degrees. It was in the lower 40's. 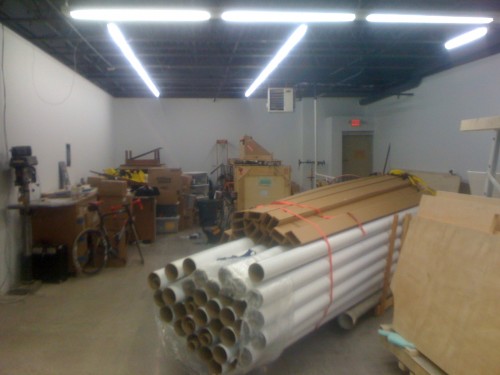 T-1 before the Grand opening of Hollywood Cycles 2. 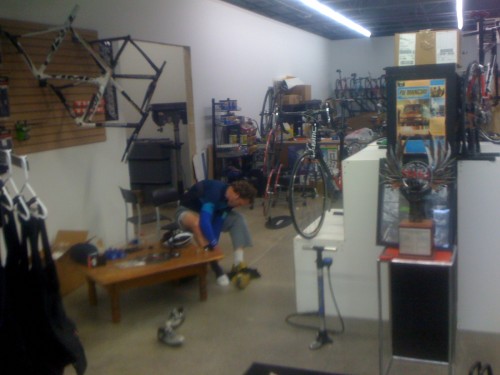 The new shop after opening. 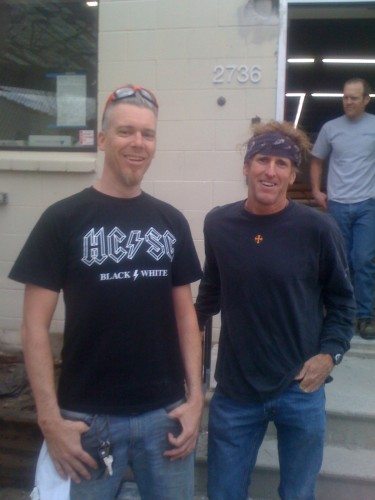 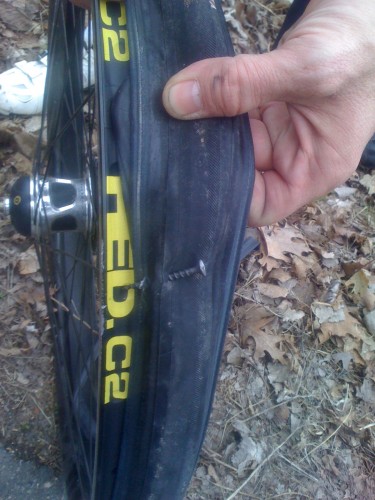 One of those bad flats. 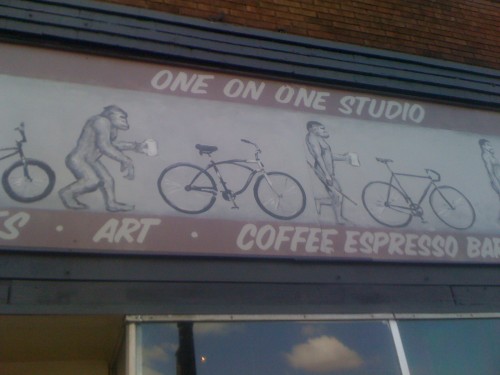 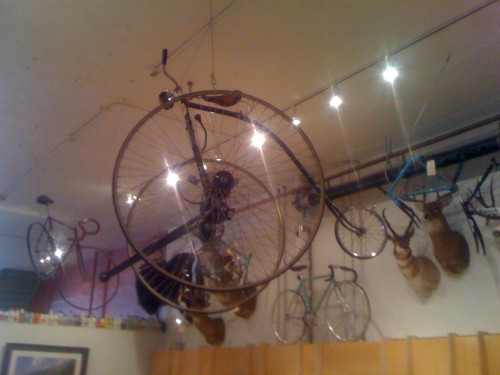 Inside Gene's shop is a pretty interesting/eclectic collection of stuff. 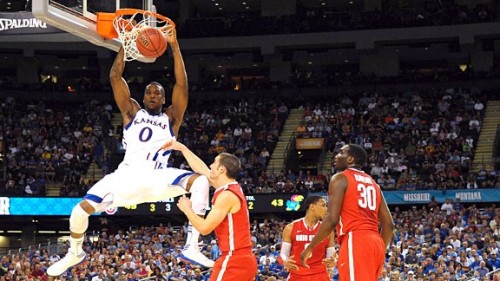 And last, but not least, Kansas University is playing Monday night for the National Championships after winning last night. 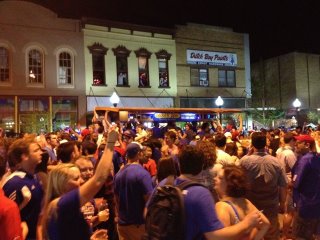 And of course, Mass. St. in downtown Lawrence was rockin'. I know where I plan to be Monday night late.

5 thoughts on “Pictorial of the Weekend”