Something has gone amiss with my ability to dress myself for athletics so far this year. Well, maybe not the whole year, because it seemed to go okay for the month of January, but recently (February) it has gone extremely bad. I’m not sure what happened.

It all started when I flew out to California and did the Boulevard Road Race. The temperature on the car when I got there said it was in the lower 40’s. The temperature on my Garmin said it was in the mid 40’s. So, I put an undershirt on under my thicker short sleeve jersey, with arm warmers, and it was wrong. Really wrong. I unzipped the jersey early on, but was hot the rest of the 90 miles.

The same thing happened for the Pre-Birkie ski race. 42 km. Below zero pulling up to the start. I had a thin defeat undershirt on under a long sleeve jersey. My mistake was wearing nylon wind pants. I was sweating like crazy. So much so that I took off my hat and unzipped my jersey 10 km in. (My right ear is still peeling from mild frostbite.)

I’ve not been dressed right once this week training. Either I’m too cold or too hot. I pride myself on dressing right. Something has either changed with me physiologically or I have just become stupid(er).

Adding to all this, none of my shorts seem to fit correctly anymore. I’m getting chaffed like crazy when that has never, ever been a problem for me. Plus, my left road shoe is rubbing on my inner ankle bone. I’ve had the same shoes for nearly a year and have never had an issue with that either. Strange.

I’m not sure how I’m going to address this problem. The picking the wrong clothing for temperatures is bugging me the most. Dressing correctly is super important in the sport of cycling. That is why we all have so much clothing. Clothing that is really close to being the same as the next piece, but just a fraction different. Enough different that it matches another piece of clothing that is really close to matching another piece. (We’re not even going to get into gloves here. I nearly need a whole dresser for gloves.) That is the key to dressing for the sport. At least that used to be the key. I think that I forgot which key fit the lock and have to have a locksmith come and make me a new one. I hope it doesn’t take all year. 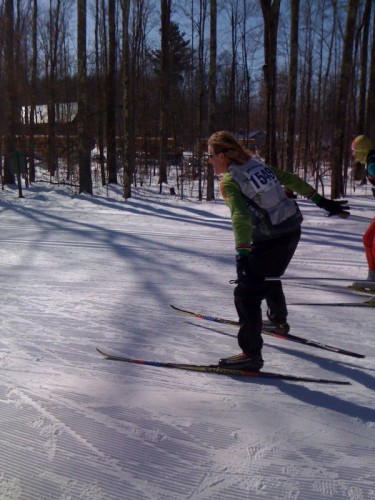 How about this form guys? Pretty good, huh? Like I said, my ears are still peeling.