Yesterday was the 3rd day in a row with the temperatures near record highs here in Kansas. It is such a treat not wearing anything over my knees at the end of January. Yesterday and the day before, the high was nearly 70. Needless to say, I got a fair number of hours in on my bike. I got a new Garmin for Christmas and I have close to 1100 miles on it now. That is with not having it on my bike for the whole time I was in Madison for Cross Nationals, plus Worlds in Louisville, plus the 5 days I took off roofing. So, I have about 20 recorded days on the thing. Today I rode 100 miles and felt pretty good. Great, maybe, for this time of the year. I guess I haven’t really taken any time off, not a block at least, so maybe that’s the explanation. I think I’ll stay fit until the first of March and then rest some in March and April. Those are kind of down months here in the Midwest

Speaking of Garmins, it seems like some of the numbers are just made up. Like the calories. Yesterday it said I expended 6200 calories. I have no idea how it generates that number. It doesn’t even know how windy it is. And it was pretty windy. I think I need to get something that sends power/wattage to the Garmin sometime soon. I was sort of waiting for the pedals that Garmin is making, but I don’t know. I’ve been doing this pretty long without that gadget, but it might be fun to see the numbers. Especially since the Garmin unit separates each legs power.

Yesterday too was a milestone here on my website. It was the first month that I’ve had over 100,000 views. It was 103 thousand and change officially. I don’t have anything to compare that too, but it is a round number, so it caught my attention. So for everyday in January, about once every 25 seconds someone clicked here. That is for 24 hours a day. If we factor in the time people sleep, then it’s one every 17 seconds. It seems like a lot to me, but like I said above, I don’t have anything to compare it to.

Okay, I’m going to ride on gravel today. Hopefully 4 hours or so. I’m looking for a race to do soon. Hopefully this weekend. 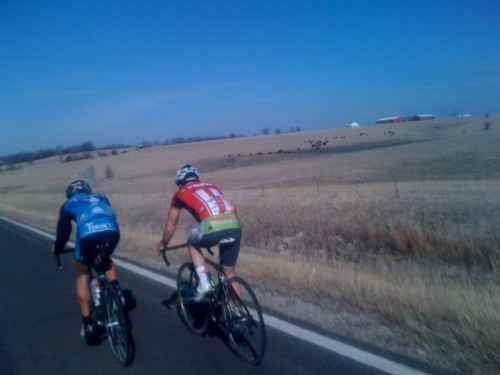 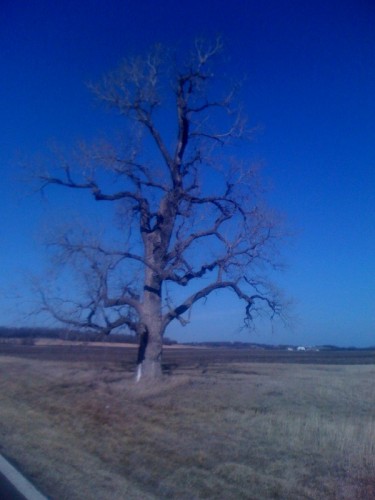 I love these stand alone trees that make the cut and mature along the edges of the fields. 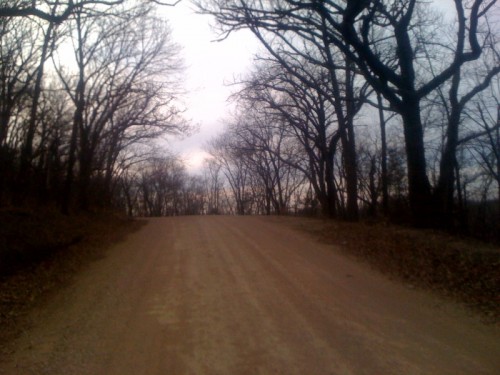 We rode gravel for a few miles on the Rver Road, on the way back, to try to get out of the wind some. 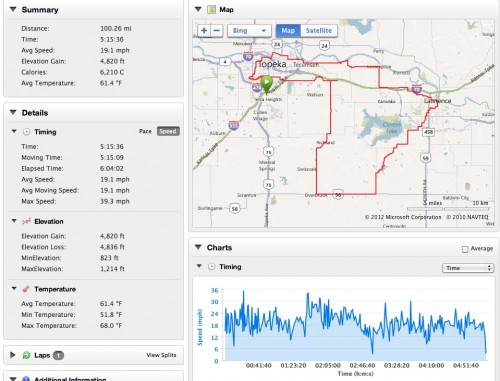 Garmin view of my ride yesterday. 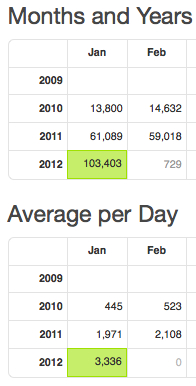