There is going to be a lot of talk about that race for a long time. It’s hard to believe that there are 7 riders in Belgium better than the rest of the world. Actually, it’s not that hard to believe considering the amount of time they spent in the sand each lap. Like I have said that last two days, there isn’t a place in the world that you race in those conditions other than Belgium. They grew up riding in it and thrive in it.

I might have to readdress whether Belgium cross is good for the sport. I’m not sure that even the Belgium fans want a 1st through 7th sweep. Pretty unbelievable.

So, that officially marks the end of cyclo-x season. At least for me. I’m taking a rear derailleur off one of my cross bikes and am going to make my road bike functional again. Cross season is officially over. We rode 55 miles yesterday in the wind. I mean wind, like over 30 mph the whole time. We had a 20.6 mph average at the end. I don’t know what that was all about. It wasn’t even that warm, mid 40’s. Today it’s supposed to be warmer, then in the middle 60’s next week. Pretty nice end of January temperatures. 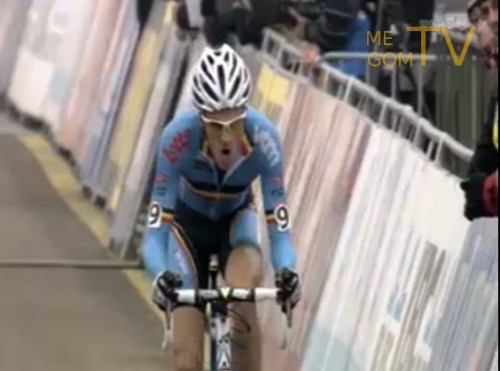 Tell me Niels wasn't completely dedicated and concentrated on the task at hand. 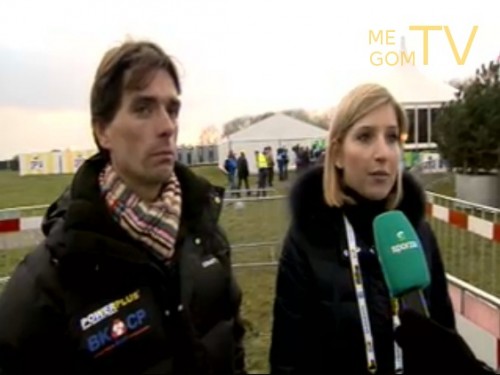 Belgium National TV even interviews Niels' wife and his manager after the race. Could you imagine our television interviewing Kobe Bryant's wife after a game? I don't think so.

10 thoughts on “Cross Worlds- Wow! Season is Over”