I was reading this article at Velonews about Michael Rasmussen’s mindset about being “robbed” of the Tour in 2007. My favorite quote by Michael is “They committed one of the biggest injustices in sport history with me.” He went on to say “I was robbed. According to the rules at the time, they had no reason to take me out of the Tour. The rules that are in place today are different. They applied to me rules that were introduced in January 2009.”

I’ve known Michael Rasummusen for a long time. Way back before he got good racing MTB bikes, then after he got good. I thought he was a pretty nice guy when I was racing with him, but I don’t know. I don’t think guys that take drugs have to be assholes, they just have a flaw in their morals that allow them to cheat their friends. I haven’t spoken to him since he started racing road bikes though, so I don’t have any idea how he is nowadays mentally. But, this guy needs to rethink the time frame and time line of what occurred back in 2007 and he might be a little more at ease with his situation.

What he’s leaving out is the release of the story by Whitney Richards. Whitney is the guy that told Velonews about Michael trying to turn him into a drug mule and carry Hemopure over to Europe to him from Denver. I’m pretty sure that is what got the ball rolling, along with missing the mandatory out of competition tests and probably a multitude of other things that we’ll never be aware of.

Anyway, Michael being pissed off, maybe for the next “30-40 years”, seems a bit excessive considering he was guilty. Let me tell you, when the sport judges you and convicts you, then you have to be guilty. By that I mean, Michael Rasmussen could barely buy his way onto a professional team when his two year suspension finished. Compare that to any of these other guys, like Basso, Valverde, even Ricco etc. that all have jobs before their suspensions were even over. He is in bike race pro team purgatory and now is on the Rock Racing of the European peleton with his Christina Watches team.

It is sort of amazing that he is even racing. He doesn’t seem to be that much into it. Maybe the 5.6 million Euros that he’s looking to get from his lawsuit against Rabobank in the next few months might help with his bitterness. Money seems to do that some. 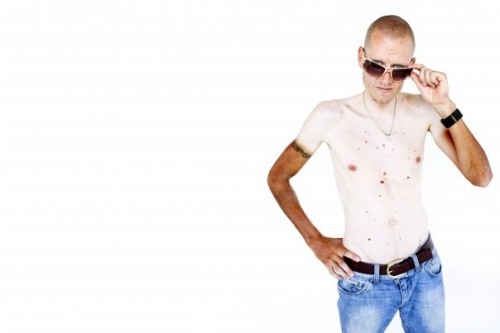 12 thoughts on “Michael Rasmussen has Lost his Mind”