I drove from Delavan to Louisville yesterday. It was a nice day and not a long drive. I got to the course a little after 4:15 pm, but it doesn’t get dark here until after 5:30, so I had some time to ride the course.

At first I didn’t like the course much at all. The course isn’t at all like the course that is profiled in the race bible, but I don’t put any importance on that. I have no idea why they even went to the trouble of making one up. There is a pretty long sand pit that seems too be way to close to the start. That could be carnage for a bunch of master’s racers. After that, the start seems pretty good. There is another sand pit that has a hill in it. Very hard to clean.

The race is going to be decided on the hillside. It traverses up and down a little steep hill a bunch of times. It’s raining now and if it rains the inch it is supposed to today, then the hillside is going to be completely unrideable on Thursday for the qualifying races, for sure, and maybe for the whole weekend, just depending on how well the soil drains. There is a ton of sand in the soil, so maybe it will be alright. After a few laps, I started liking the course better. But, I’ll hold the final judgement until after the weekend.

Since we’re on the subject of cross, how about Bart Wellens? Nearly dying the night before the Belgian National Cyclocross Championships. I’m sorry, but I can’t go with the virus explanation. I’ve never heard of a virus someone contracts that nearly kills you in less than a 12 hour period. You lose nearly all heart, liver and kidney function in just a few hours after you felt great training that afternoon? That is just too weird. Here’s a cut from the Cyclingnew.com story.

On the eve of the Belgian national cyclo-cross championships in Hooglede-Gits outsider Wellens talked about great legs after a training ride. “Bart was riding very well this week and yesterday he said he felt super on training. Around 2pm we received an ominous text message: I’m afraid that I’m getting a bit ill, Bart told us. It started with a bit of fever but hour after hour his temperature increased,” Van Kasteren said.

“When his temperature reached about 40°C around 10pm we acknowledged how serious the situation was and transported Bart to the hospital in Geel. Around 3:30am his situation worsened and it got even more serious.

Bart’s doctor has stated, “with confidence” that it was just a viral infection, so I’m probably way off base with my assumptions. These guys have lost their minds.

I’m going to suit up around noon and go ride a couple laps in the rain to see how much effort I’m going to have to exert tomorrow. I just checked the weather and it’s supposed to rain all day today and tonight, then rain and snow tomomorrow for the qualifying events. It seems strange to race a 30 minute race and the prize is you get to line up further up front for another race. But, it’s much better than not doing it at all for sure. I guess cross is about riding circles around in the mud some. 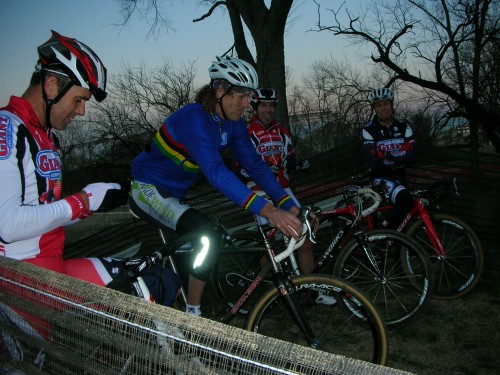 Pre riding the course with a few of my buddies from the California Giant Strawberry Team. I guess Justin must of just gotten an important text. 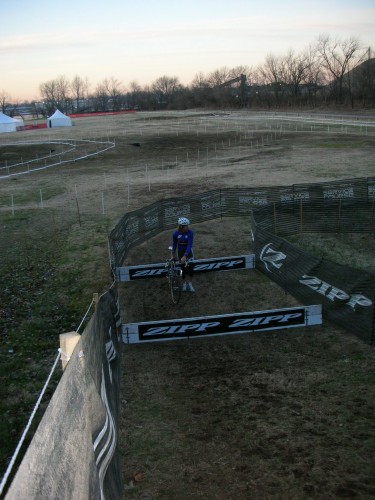 About 2/3 the course is in this field behind me, the other 1/3 is on the hill I'm about to go up after the barriers. 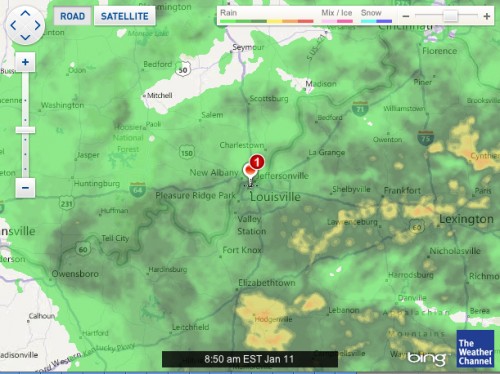 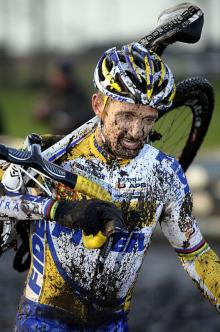 Bart doing what he does pretty well, when he's not on his back in intensive care.