I am on my way to Houston for the Texas State Cyclocross Championships this afternoon. A week ago, I would have bet you a fair amount that I wouldn’t ever have been writing this. I don’t much like to get up early. This morning I had to get up at 6am. That might not seem that early to most of y’all (Texan for you guys), but it is pretty early for me.

So, lack of sleep and all, I am heading over to Houston on I-10. I think I’ve only raced in Houston a couple times in my life. Only on the road. I think the last time I drove across Texas on I-10, it was over 30 years ago. Pretty scary number.

Catherine is racing at 11:20, but I don’t race until a couple hours later. Hopefully I’ll be awake or loosened up from the drive by then. I know one thing I’m not going to do and that is doing anything to warm up that involves running. Hopefully there isn’t any running on the course today.

I just rode easy yesterday. Kind of an around ride, but not all in town. I spent a fair amount of time going from bike shop to bike shop looking for a can of Vittoria glue. It doesn’t seem to exist here in the town of Austin, even with a bike shop on nearly every corner. It really surprised me how little the most of the employees of the shops knew about tire glue. One guy told me they didn’t keep it on the shelves because they were worried that little kids would spray it around and get high off of it. Unbelievable. I even saw a tube of Tubasti. I haven’t seen Tubasti for ever. It is the worse glue ever made if it is anything like it used to be. Here is a study that shows how shitty the stuff is. I think the study is a little screwed up, but that is without any scientific data. Anyway, I ended up just buying tubes of Vittoria in the end.

The new FMB tires went on straight. I’ll let you know how they ride. Okay. Better get going. 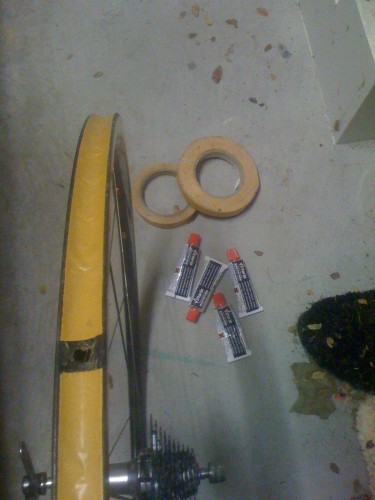 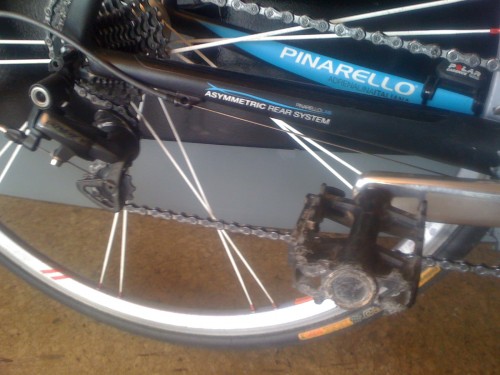 This bike was in the shop with the tire glue wizard. Dura-ace 7900 bike with plastic platform pedals. Sweet. 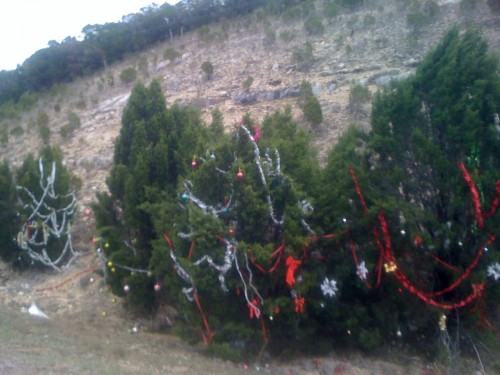 People around Austin decorate the wild trees , especially out of loop 360. 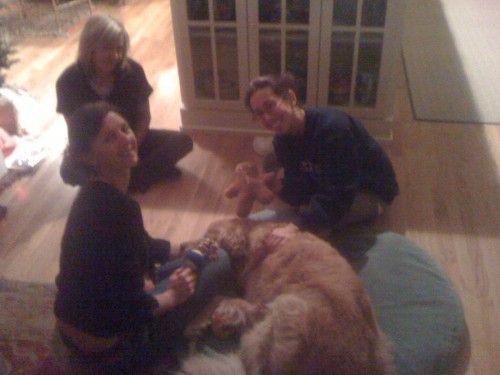 The girls having their last little chat on the floor with Stanley after dinner last night.

2 thoughts on “Heading to Houston”