Yesterday was one of those memorable days we’re all striving for. It was on the top 10 list of all time best rides I’ve ever done. And that means something. At least to me.

I know I can’t come close to expressing how beautiful the loop we did yesterday was. The day almost turned epic. It was epic for Sue, but that was just because of the miles and the elevation/elevation change. And because it was off the scale pretty.

We didn’t start out until 10:30. We drove to Kittredge and started at Mike and Judy Hudson’s new cabin there. Judy is on Bromont’s top 5 favorite people list. Starting this late, I always had a small worry in the back of my mind that the weather was going to catch up with us.

I had some navigation issues, which made the ride a hour longer than it needed to be, but, I don’t regret the miles we rode because of the views. One downer of the ride was stopping to ask directions up by Mount Evans Elk Preserve and nearly getting mugged by a couple retarded/hillbilly/redneck construction workers. I rode down a driveway to ask where the split in a gravel road went and before I said a word, they started verbally attacking me. Something like, “You fuckin’ cycling pricks have a lot of nerve.” I was quite and then just said, you guys don’t even know me, I’ve from Kansas. That didn’t get me anywhere. They both just keep going about my nerve of riding down a private drive and wearing faggy clothing. Whatever. It was kind of funny thinking about it. But, I’ve never encountered such pent up angry without any altercation.

Anyway, we ended up climbing up to Squaw Pass from Upper Bear Mountain Road on gravel. Then the rest of the ride was normal. 103 to Mt. Evans, up to the top, back down to 103 to Evergreeen Parkway and back to Kittredge. It was nearly 90 miles all said and done. It took nearly 6 hours. When we got to the top, we only had a 10.2 mph average, but that was after making a few U-turns and climbing on some super steep gravel for 5 miles. That doesn’t seem so bad considering that the winning average this past year from Idaho Springs up is only 14 mph.

We managed to skirt lots of isolated storms the whole day. We got some rain just before the entrance on the way down, but that was the full extent of it. Sue was pretty dizzy once we got to the top and all the way back down to 103. I think it made her more fearless and was descending much quicker than normal. Big plus for lack of oxygen there.

So, if you have a chance to ride Mt. Evans, I suggest you do it from the Evergreen side. There isn’t a time when you’re not overwhelmed by beauty.

So now I’m sitting in Boulder at Chautauga Dining Hall eating breakfast. I haven’t been here in ages. When I had an apartment here in the 90’s, I used to eat breakfast here all the time. It is great. Outdoor seating on a wrap around porch. It is definitely on my top 5 breakfast experience place list.

We can’t mess around that long this morning. Trudi is flying back from Santa Rosa a little after noon and we heading up to Steamboat Springs. 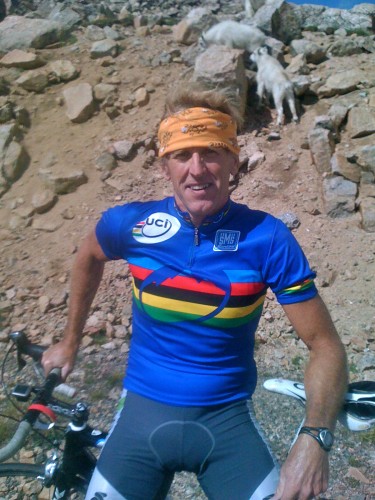 Towards the top the sheep weren't shy. 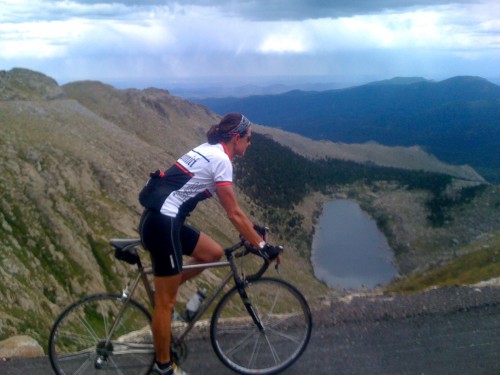 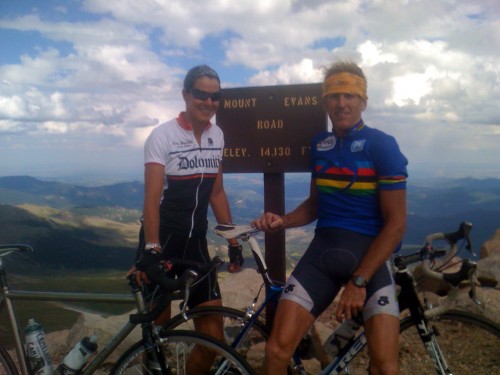 Soome goofy German guy, that was spewing American politics at the top took this photo. He was railing about the American taxation system, Warren Buffet and Obama. 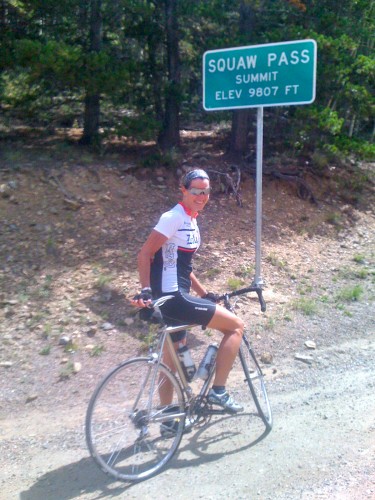 Sqaw Pass was a bonus. Sue is collecting passes on this trip. 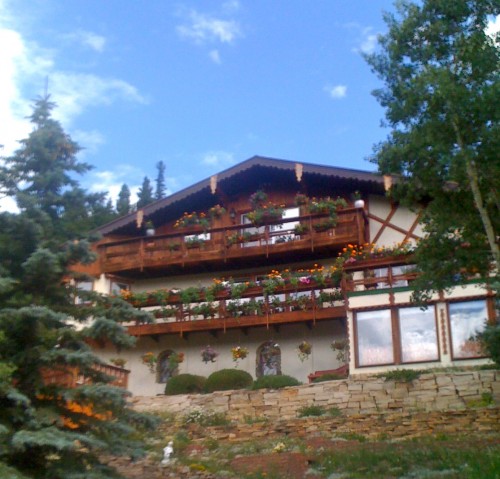 You would of thought you were in Switzerland riding up the gravel to 103. 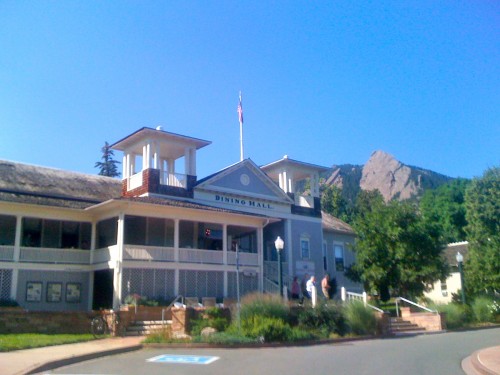