Well, yesterday was a minor nightmare riding. Catherine skipped racing in East Village because she was being honest and thought that racing while taking prednisone wasn’t right. She is on a 10 day prescription which ends in a couple days. Jesus Christ, it is unreal. We went out, Dennis started, for a 3 hour MTB ride. Dennis made it until the first climb, then said ciao. From then on it was non stop attacking. Stupid. It was just my luck, racing the day before, lacking sleep, then getting hammered all day.

Anyway, I climbed the Seeley Fire Tower climb in my big ring pretty hard. It’s a loose, couple minute climb that is pretty hard. When I got to the top, I stopped and took my phone out of my pocket and barely had enough time to take a photo because she was only a couple bike lengths behind me. It was definitely the fastest she has ever ridden up that climb. By far.

And prednisone is a stupid drug that hardly even helps athletics. I can’t imagine what the real ones do. Okay, the next two days might be pretty hard riding. I’m only going to ride my MTB bike. I can only hope for a little pity.

The best quotes of the day were – “Isn’t it a shame that Vincent isn’t here. I’d love to pay him back for Loveland Pass.” The next one was – “I just inhaled or swallowed an butterfly.” I waited a second, thought that was kind of bad, but said, “Maybe that is good karma.” She said, “I think I needed it.” I’m not sure if she meant karma or something from swallowing the butterfly. The next was in Cable, after stopping for some chocolate milk and Gatorade. We were in the sun and I was beat and said, “I need a nap.” She said, “I think I’d like to go out for a run.” That was after 40 miles of riding off-road. Incredible. 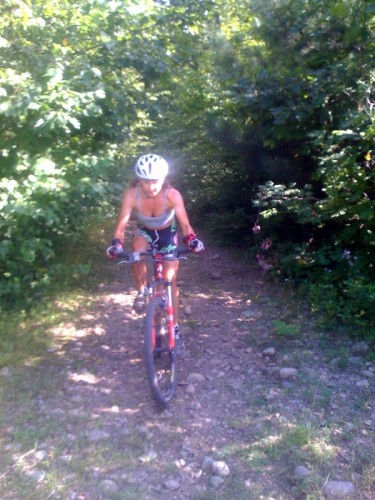 Catherine climbing at the top of the Fire Tower. 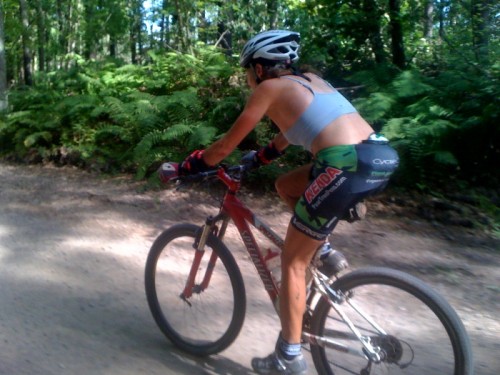 Catherine missed the dress temperatures. She peeled off her jersey, which had a wind jacket in the pocket, plus check out the arm warmers. 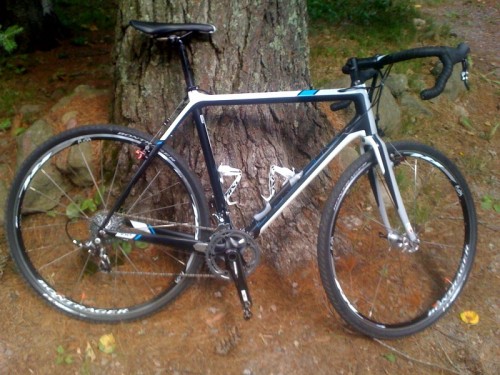 Dennis has a new carbon Trek cross bike that is sweet. 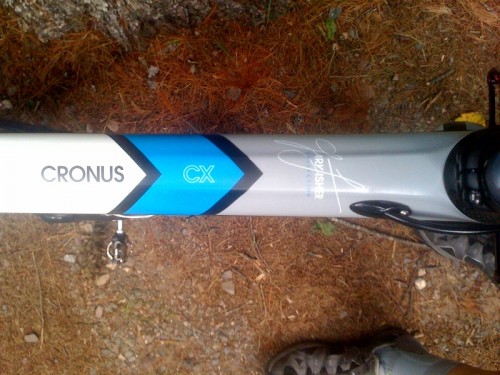 The top tube of the Cronus Trek. 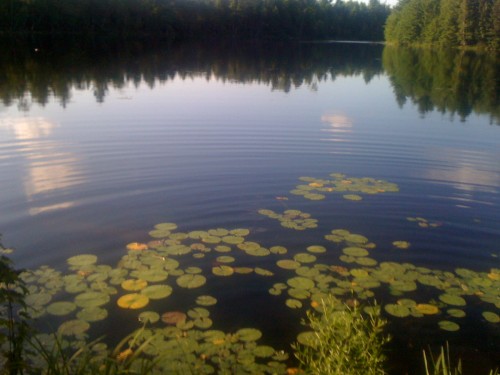 One of my favorite spots on the planet. 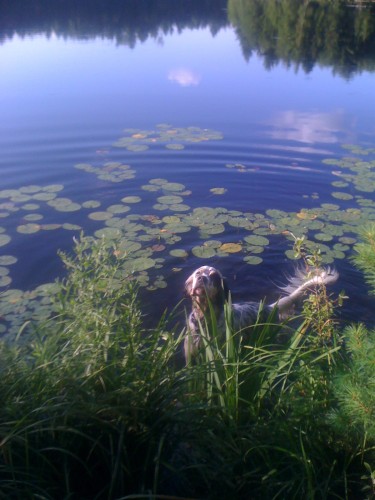 Here's Hawkeye who swam with me. Bromont just ran by like a bolt of lightening. He came back later wet, so he went for his own swim.