I was exactly two days without a frame. Scott Daubert, I’m not sure of his title, maybe Race Team Director/Czar, gave me a call on Monday and said he heard I needed a new frame. That was very cool. He said that Trek World, all Trek dealers in Waterloo, was happening, but he could send me a frame that day. He said it was one of Andy Schleck’s frames. That sounded kind of cool at the time, but after I thought about it for a little while, it didn’t sit that well. It is a personal thing. I don’t mind riding a used frame, but I didn’t really want to be riding one of Andy Schleck’s frames, just because……well, I can’t tell you why exactly, but it didn’t feel right.

Anyway, it is all fine. The frame isn’t painted in the Leopard/Trek colors scheme and Andy’s name isn’t painted on the frame, it is just a sticker. Plus, it doesn’t even looked like it’s even been assembled, so it is all good. Better than good. It is so nice not having to go and beg for replacement components. And better yet, not having to make the call, but getting contacted by Trek. I feel like they are looking out for me and it is so appreciated. Scott did have to apologize for not knowing my frame size off the top of his head. What an insult! Anyway, it is awesome that Trek is so supportive, but more important than that, speedy, when I’m having these “issues”. 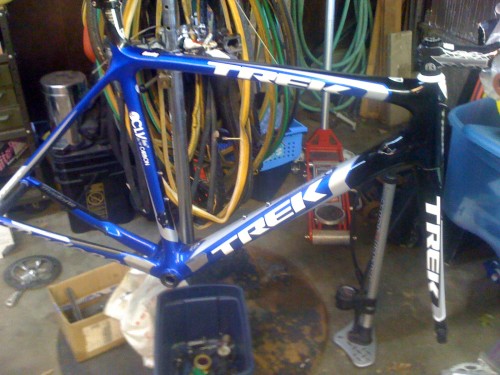 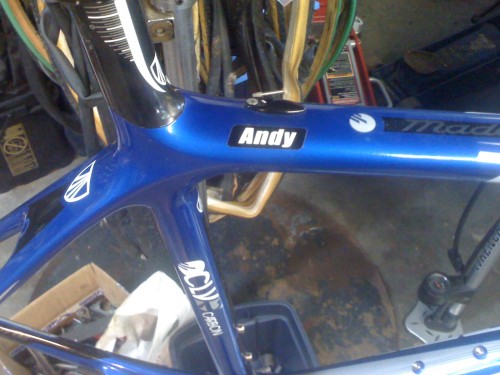 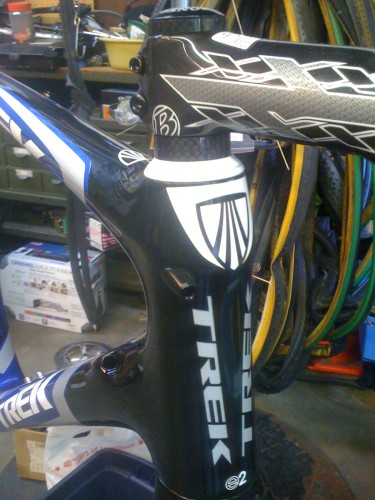 The fork might be cut a little short, but I can probably make due.