We went out for BBQ and celebrated Bill’s birthday with a couple pitchers of beer. We’d been kicking around driving up to Wisconsin for a few days of the Tour of Americas Dairyland.

While we were discussing the idea, Tom Schuler called and then showed up with a grandfather clock he needed taken up to Wisconsin. It was his grandmother’s, who passed away last month at 113 years old. I told Tom he might be in luck and I could get it there as early as Monday. He said, “Not soon enough.” Tom told me it was a small grandfather clock and that he just taken it over to FedEx to ship it, but they wouldn’t. I went out to load it into my van in the parking lot of the BBQ place. I expected it to be all packed up, but no, just a grandfather clock, minus the pendulum and weights. It is so like Tom to just show up at FedEx with a completely unpacked clock.

So decision made. Furniture hauling and bike racing. It’s always nice to have 2nd reason to drive such a long way. It really isn’t that far, less than 700 miles. Tom is promoting the ToAD races, so maybe I’ll be able to work a deal out for clock hauling.

There is a 80 mile road race on Monday and then my favorite race of the event, the Brewer’s Hill Criterium. It is at the Schlitz Brewery and has a pretty good climb each lap. I guess it’s a new course this year with more climbing and a more technical descent. Should be fun. I still have 5 days of antibiotics to take. Probably will take them today and reevaluate tomorrow.

I released the mother cat that bit me, at 1 am last night. Just for good old times, she bit through the glove I was wearing and got a couple of her teeth into my thumb. She wasn’t going to become a tame cat and there are 4 more kittens that need more space to run. I also caught the mother cat of the 4 kittens in a live trap yesterday morning and took her to the vet to get spayed on Monday. This cat catch and release thing is becoming costly. Only a few more to go.

Alright, I’d better get moving. 10 hours to drive. We’re going to try to go for a ride when we get there. The weather is showing rain both days. I hope that doesn’t occur, but the way this season has been, I bet it rains cats and dogs. 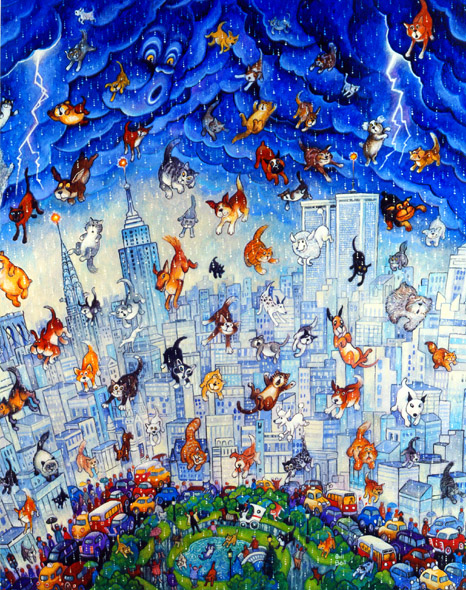