Why can’t someone sue Floyd and prove he is the lying, sack of shit, that a few people say he is? There are lots of folks out there saying that Floyd is lying, mental, whatever. And he’s made a lot of pretty extreme and damaging accusations against these very people. I think it is time that someone steps up and makes Floyd pay for all the lies he’s spreading.

I was hoping that Lance would be the one. But, no, that is going to be pretty difficult because, apparently, the statue of limitations date has passed, which makes it mighty hard to file a suit. Michael Ball might have trouble too because, Floyd was wired by the Feds while conversing with Michael. Shoot.

That leaves Pat McQuiad and the UCI. They have a open threat, written, on the table. 15 days or we’ll sue. But, that was 3 months ago. Dang, seems like they are a bit tardy and their filings are too. They probably just haven’t gotten around to it yet. They’ve been super busy with this race radio thing and most likely don’t have any time to tell their attorneys to file a legal action to protect their word and respectability. Maybe when their desks clear a little, they’ll do it.

People love to hate guys like Floyd. Greg too. It really doesn’t matter if what either of them was saying is true. They come across as bitter. But, I think they have reasons to be “bitter”. A lot more than bitter. I hope there are more Floyds out there with more “lies” to spread. And that they have the guts to put it all out in the open. That is the only way that this whole thing is going to end. Or at least become way less prevalent. It has to end abruptly. Not this, “let’s throw a cup of water on the bonfire” way. It’s not working. 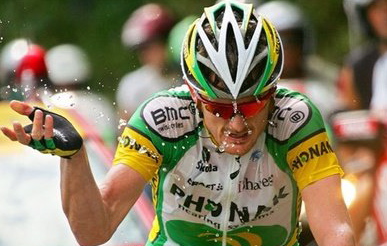