Kansas somehow considers itself a western state. I’m not sure how that is possible. Somewhere along the lines the midwest has ended up being Illinois, Indiana and such. If you’re geographically speaking, Kansas is in the very dead center of the US. North, South, East and West. Lebanon, Kansas to be exact. I never really understood how Kansas couldn’t be considered the definition of Midwest.

The politicians here decided to raise the speed limit on some highways to 75mph. That is to go along with the other western states speed limits. I panicked a little, because there is a law here saying that it isn’t a moving violation on your license if you’re ticketed going 10 mph and under. That applies to me anywhere in the country. But, the legislators were kind enough to include that in the new traffic law.

I used to vacation with my parents before there were Interstate highways. Missouri and Kansas both lay claim to building the first Interstates. We used to drive to Colorado on vacation on Hwy. 24, a state highway. I have no idea if there was a speed limit then, but my dad usually drove around 85 mph. My brother and I would be in the back of the convertible with the wind whipping and sun baking us. My dad would slow down for all the small towns where the speed limit was 30 or so. I remember thinking that we were going so slow that I could probably just jump out of the car and run along beside it. That obviously wasn’t well thought out.

I looked up the STO, State Traffic Ordinance that I was cited, 117, for backing up improperly in Lawrence last week. It doesn’t say anything about crossing the center line of the road. Here is the complete ordinance –

But, I still am fairly sure that I am going to have to pay the ticket. I am apprehensive about calling the DA in Lawrence and trying to talk my way out of this. The officer made it clear that he writes a tons of these tickets and that he had been instructed to do this to watch out for the safety of pedestrians on Mass. St. It seems to me that the pedestrians would have to be crossing the street illegally to have a problem with my backing. And if they have a problem with my backing out of that parking space, then they would have a problem with anyone backing out of any parking space.

Maybe a pedestrian bridge over the road would alleviate the issue. Maybe all roads should have pedestrian bridges. Or maybe we should just make it illegal to be a pedestrian in the first place. Or illegal to back. Let’s take reverse off all automobiles. I don’t know. Or maybe we should just use more common sense when handling daily situations, like backing up. The law is pretty good. Back up safely and don’t impede traffic. I’m sure I’ll be amazed in how they are going to apply it in my instance. 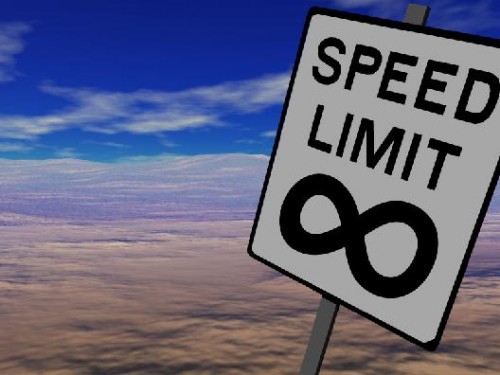