I hate (not really) to say it, the the flight went seamlessly yesterday. Go figure. No luggage charge at the Brussels airport. Exit row seating with no one beside me. The flight got to Chicago early.

Early enough I could have got on an earlier flight to Kansas City. But, after waiting for 20 minutes for 3 United counter people to finally talk to me, I was told it was United’s policy not to let someone fly early without their luggage. I was then told that I could go down to the customer service counter and have a supervisor waive that policy. I didn’t have anything else to do for 3 hours and was interested in what they might come up with. I was first told that they needed two hours to transfer the bags. I said that they had that. Then they said that they might put the bags on the earlier flight anyway. It was their choice. I really don’t understand why they can choose to separate me from my luggage and I can’t separate myself. Anyway, in the end, I found out that they were going to use the “security” card, but that it wasn’t a law, it was a policy that had abunch of wiggly room. It is just stupid.

Upon arriving the in Kansas City airport, they lost my bike on the runway, so I had to wait around an extra 30 minutes for them to find it. I am going to try to avoid United Airlines at all costs from now on.

All the pets were super happy when I got home. Bromont whined for 10 minutes and wouldn’t stop licking me. It was nice.

The is a lot of snow on the ground here. At least by Topeka standards. It isn’t all that cold though. Around 30 for a high today.

I’m going to try to figure out what I need to do the next few days. I’d like to ski some before all the snow is gone, but don’t really feel like driving 10 hours anytime soon. I think I’m going to try to go down to Texas in a couple weeks and race the 2nd half of February down there and try to get all my little muscle imbalances figured out. I think I have okay form, but it is so easy to forget anything about your riding form when you’ve been traveling continent to continent. 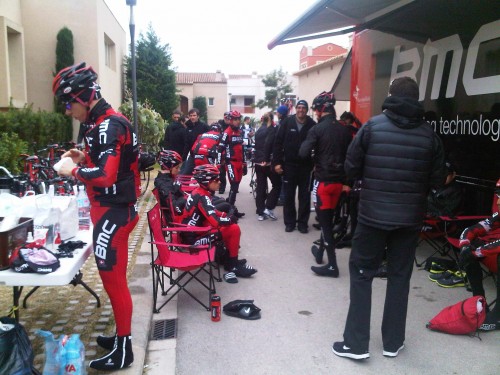 Here's a photo that Trudi sent me this morning from the BMC camp in Valencia Spain. Everyone getting ready to ride in the moring. 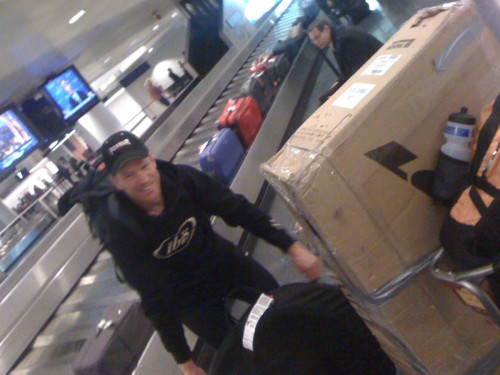 I flew back with Don Myrah. He convince me I should come to Northern California this spring and race Sea Otter, plus a bunch of other classic MTB races I haven't done. Somehow Don stuffed 4 wheels into a 2 wheel bag. I'd like to hear how they survived the trip. 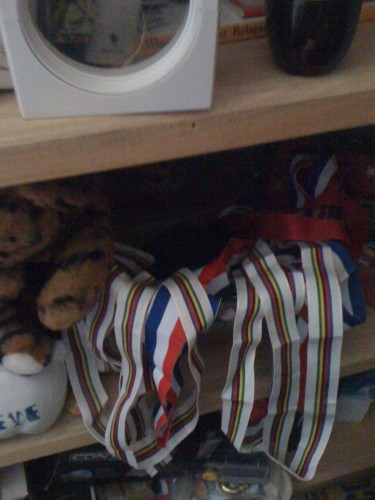 I put my medal in my medal bowl on my shelve. I didn't have a bronze medal from World's, so now I have all three at least. 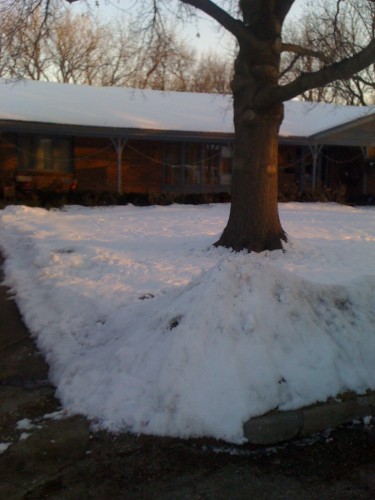 Shoveled snow in the front yard. 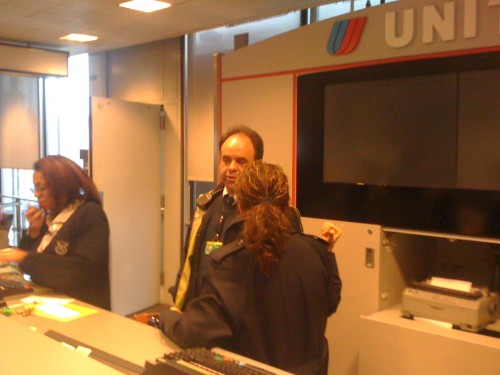 My observations from this last trip is that the employees at United have no desire to work. I'm not sure why it was so wide spread on such a consistent basis? I stood here for 20 minutes, just to be told to go to customer service.