I really have. And it is starting to disturb me. I used to pride myself on knowing the prices and/or value of things. But now, the pot of money that people have is so giant, some stuff is just off the charts.

Part of the reason I live in Kansas, most of the time, is that real estate here is a fraction of the cost of most places I go. I was screwing around with Zillow.com. It a real estate website that covers the whole county. I’ve been kind of looking around for a building lot somewhere “super expensive”. Santa Barbara type expensive. There are some lots there, up on the hill, for around 300K. You can buy a unbelievably nice house in most places around here for way less than that. But, it seemed pretty cheap to me. But, there also was a house there listed for 61 million. Without that much land. 10 years ago, the most expensive house in the country was in Laguna Beach and it cost 25 million. I’m sure there were more expensive private listings, but that was advertised as the highest listed. Now, 25 million isn’t that much. I guess is just that much more money around nowadays. But, it blows me away.

I still have a long list of stuff that went wrong at Cyclo-X Nationals from my perspective. I know that Wayne Stetina and Steve Johnson are eagerly awaiting it. I think the entry fee rant I did kind of hit a sore spot. But entry fees seem nuts. $65 to race for no prize money. $105 if your late. It’s not like we’re only racing one or two races a year. Or a month. A lot of us race more that 8 times a month. Sometimes much more. Cycling is a blue collar sport. It’s not golf. It’s not polo. Let’s try to keep it that way and keep the costs to the participates down to a reasonable level.

Anyway, I finally got out and “shopped” yesterday. That is a couple days earlier than my normal Christmas shopping. I ended up buying only one thing, for me. But, I had no idea what seemed reasonable for most anything I looked at. We’ve been convinced that we need to spend $2000 on a TV, so when I see a really nice one for $800, it seemed like a deal. The same thing goes for cycling equipment. There are a ton of $8000 bikes out there. But, you can get a pretty raceable bicycle for less than $2000. And much less than that if you’re willing to buy something used. If I was racing on a budget, that is the only way I’d buy a bike. But, that’s just me.

Gas is getting expensive again. Oil is over $90 a barrel and going up. I own some oil stocks that kind ofstraddles the oil play. They go up when the gas prices are high and go down when it get cheaper. Kind of reassuring on your mind.

We’re driving to Chicago in a couple hours. I like the drive. I usually do all my Christmas shopping in a few hour spurt up there. I like the people watching. Lots of diversity in Chicago. Everyone seems in such a rush. It takes the pain out of the shopping watching everyone else stress. That is sort of strange.

I’m not sure where I was going with this. I guess I was trying to figure out, in my own mind, how to get a handle on this time of the year. A huge percentage of American’s spending will have occurred this past month. It was pretty enjoyable racing bikes and not thinking about it until now. 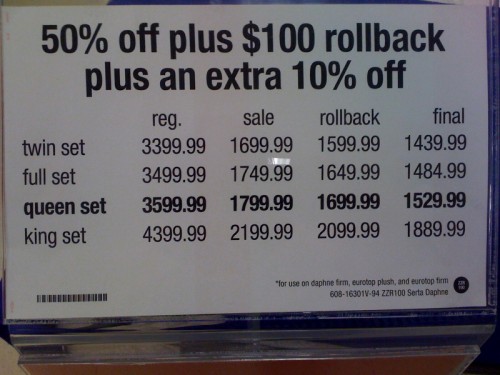 I had no idea that you could buy a mattress for 4K at Sears. 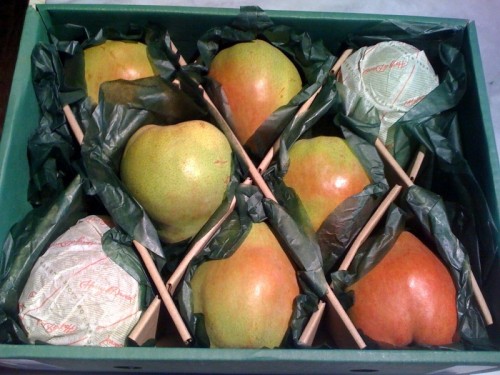 We got these pears from Kent and Katie Eriksen. They are from Harry and David. Thanks guys. They probably cost around $6 each. But, they are well worth it. Doesn't it seem like they should have been going the other way? 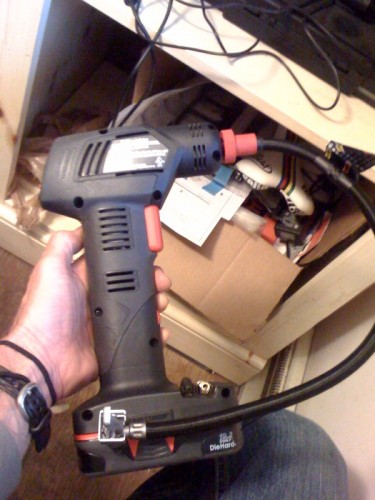 This is what I bought yesterday. If you're looking for a Christmas present for any cyclist, this would probably do it. It's $39 at Sears, but you still need to get the19.2V battery and charger. 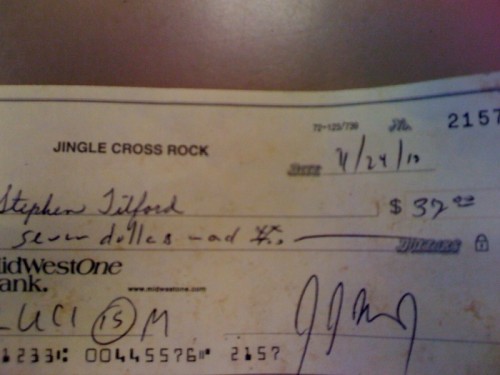