Last time I raced here was two months ago. I rode nearly 60 miles to the race and cramped up after 2 laps. This year I didn’t ride at all and didn’t cramp. But, I didn’t feel that good racing. I’m not sure if it was because of racing Saturday in the cold, or just because I’m not that used to the effort. I’ve only raced 6 cross races this year. I still don’t have it down. Not ever close. I thought after last week’s race here in Topeka, that I was going to starting right up where I left off. But, no. I sucked again. Not as bad as Saturday. I was probably closer to a 6 on a 1 to 10 scale Sunday. Better than 4, the day before.

This course is super hard. It has an enormous amount of climbing. The whole race is nearly a climb or descent. And the descent works you, so there isn’t any rest anywhere. Not that there are usually a bunch of places to rest on a normal cyclocross course. And, it was pretty windy most of the race. Over 20 mph at the start. I think it calmed down some during the event, but it wasn’t anywhere near calm.

The race started with a Le Mans running start. I hate that. Cyclists look so weird when they are running in their helmets and shoes. It does add to the oddity of a cyclocross race, but I don’t think that cyclocross needs to add to that. I got on my bike in the lead and then just tucked in to draft until the first downhill. After a lap it was only Shad Smith and I left. Shad has been racing pretty great this whole cross season. He just finished on the podium at the USGP in Fort Collins last weekend in the Master’s 35+. That was at altitude. He handles his bike pretty good, so the conditions there probably made the altitude less important.

Anyway, I followed Shad for a full lap. I was apprehensive about how I was going to feel, mainly the breathing, riding hard from the gun. The third time down the descent, Shad blew a corner and went through the tape. I passed him and had a small gap on him. Andrew Coe caught up with Shad and they were riding together just a few seconds behind me. I decided to just keep going, even though it was super windy. I never got going good. I just kept slogging along. I slowly started putting time on Shad and Andrew. I guess Andrew blew the descent a couple laps later and then it was every man for himself.

I was putting only 3-5 seconds per lap on Shad. But, that was enough to keep me calm. I never felt like I was on top of any gears. My handling was just okay too. It seems like everything has to be going right in cross or nothing goes great. On the last lap I was over 30 seconds ahead, so I kind of shut it down. I was pretty beat from the two races and all the driving. My lower back was torqued and I was coughing up yellow nodules pretty much the whole race. That had been going on ever since Saturday. My lungs do feel much better now. So, it was probably from the crazy hard effort in the cold.

So, short week. I’m 75% sure I’m going up to Iowa City for the Jingle Cross this weekend. Friday, Saturday and Sunday. I have to figure out what I’m doing the next month, before I commit completely to it. I guess I have 3 more days to decide. 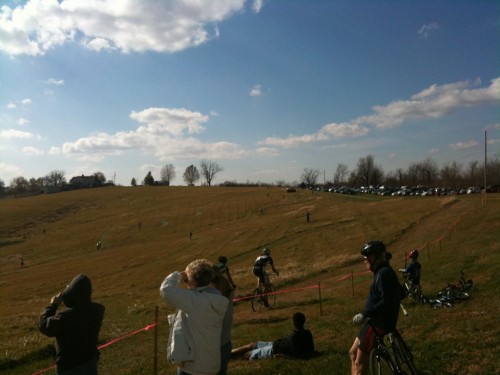 The whole course is on the side of a hill. This photo only shows the top 1/3 of the hill. 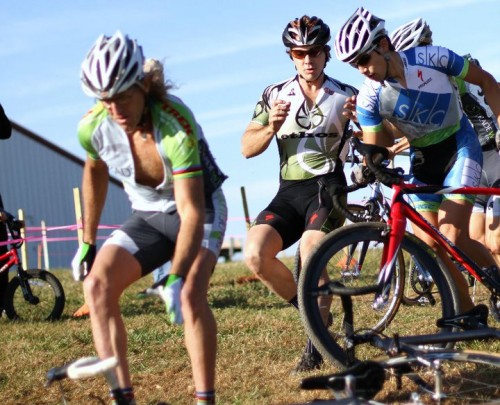 Comotion at the start. 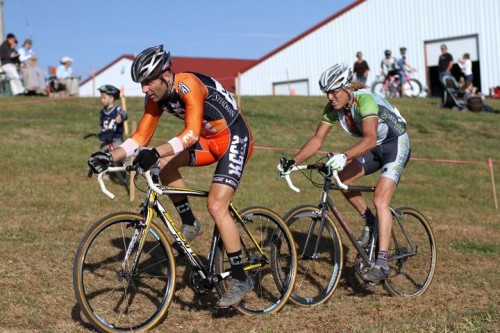 Following Shad on the 2nd lap. 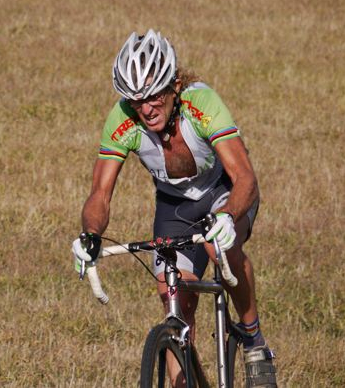 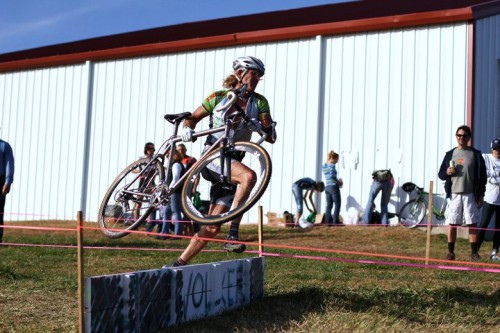 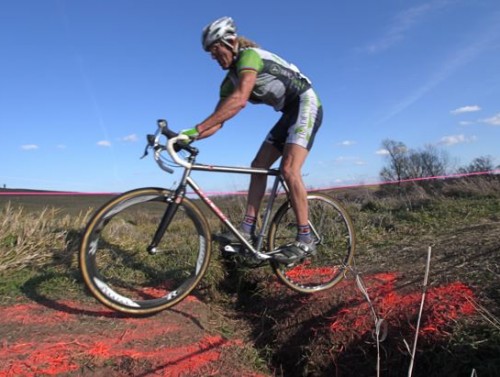 This was the only place that shouldn't of been on the course. But, I don't think it ate too much equipment. 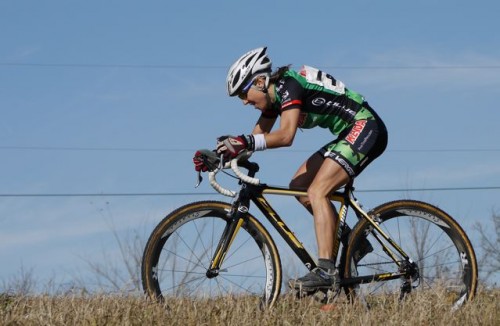 Catherine on her way to winning the women's race. I think that is 5 race wins in a row for her counting the Berryman Epic and 4 cyclocrosses. 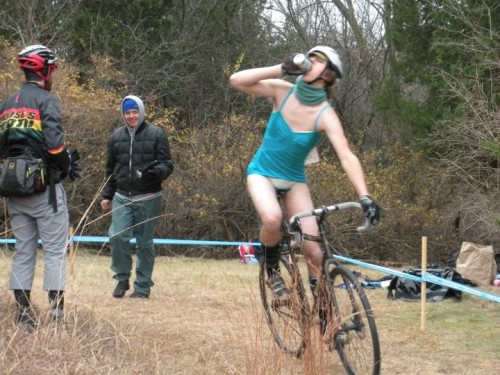 Every cross race has examples of this. 30 degrees in Nebraska. We have enough oddity.

One thought on “Manions CX KC”