Okay. David Garcia just got popped for EPO and some kind of starch thing. It strikes me that if you took all the guys that they tested in Spain, that a super high percentage are turning up positive. This is a joke.

Now Alberto Contador says he’s done talking until the UCI decides if they are going to sanction him. I think he should have used that tactic before he started talking in the first place. It took him a couple months to come up with the contaminated meat scenario. And it only took him a week to use the “not talking stance” after the reports of plastic in his pee. That is pretty hard to explain I guess. At least Alberto is learning from his mistakes.

And then there is Bernard Kohl coming over to the US to talk to USADA. He says you can’t win the Tour de France without doping. I hate to say it, but I believe him. And it’s been that case for a long while.

So, what do we do about it. I thought the jail time scare might get some of these guys on the straight and narrow. It hasn’t seemed to work. No one is spending anytime in jail and it doesn’t seem to be slowing down the usage. What ever happened to the riders having to pay back a years salary? That never happened either.

So, the risk/reward ratio is still skewed towards the risk. The current rewards for the doping outweighs the risks by miles. It’s not even close. So, the risks have to be increased to match the rewards. And that still won’t stop the problem completely. But it’s a start.

We need a new plan. So, my new plan would be – if you’re using EPO, steroids, HGH or all these other super drugs, then when you’re caught, you don’t get to race bicycles anymore. Ever. And all your results from your lifetime are forfeited too. All the way back to when you were a junior or whenever you started racing. Plus, you have to pay back your lifetime earnings in the sport. This would essentially make anyone caught of a major doping violation go into bankruptcy.

But, the above ideas won’t work either. Not completely. Not until everyone is on the same page about the acceptability of drugs usage. And they’re not. The UCI is not. The guys that are caught and serve their 2 years come back and are accepted with open arms by the sport and the fans. We do have short memories and do forgive pretty easily. That is why the first sanction has to be much more severe.

I’m sure there is a list of current riders that have served a doping infraction. It would be pretty long. Here is a list of some of the doping violations historically. There are nearly 400 footnotes. These are the guys that are winning the major races. The World Championships, the Tour de France, ect. And if Benard Kohl is correct, you still only get caught 1% of the time. So, the list could be 100 times larger. That seems incomprehensible, but it is probably close to correct.

We can’t have all these guys stealing life experiences from the others riders anymore. It is that plain and simple. It is completely, totally unacceptable. 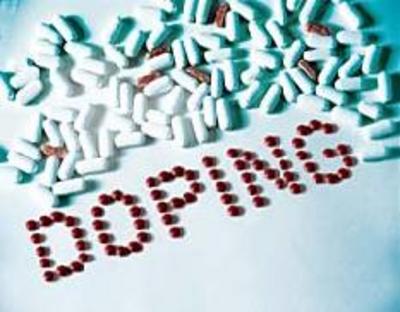 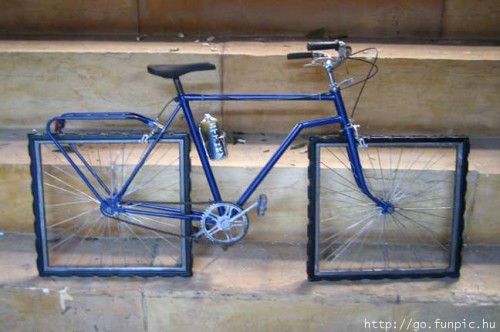 Alright, maybe I was too harsh above. If you have a doping violation, you can still race, but you have to use this bike.