This isn’t good. I just read here at Cyclingnews.com that Alberto Contador was positive during this years Tour de France. He supposedly claims he ingested it inadvertently. Boy, it keeps getting better and better.

Ned Overend said this to me a while back before all this silliness became public – “Man, we sure were lucky to have raced internationally before all this drug stuff began.” And I was naive enough to agree with him. 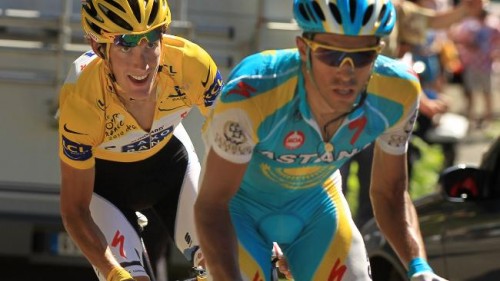 Looks like the final yellow jersey from the Tour de France is Andy Schleck's to keep now.