Bill and I rode over to Boulder today. The ride wasn’t nearly as congested as I had anticipated. I knew most of the roads, once we got over by the old Morgul-Bismarck course. I went up to Andy Hampsten’s house, but he wasn’t around. I flatted in his front yard and had to change my tube. We then rode over to the Pearl St. Mall and got some coffee and started back. We had 30 miles over and were looking to get home as short a distance as possible. We ran into Corey Collier, Bahati, and he told us the best way. He just got finished with the Tour de Beauce and was going out for a gravel ride on his ‘cross bike. I asked him if he was coming to Tour of Lawrence in two weekends and he said he was going to Fitchburg. I told him that Lawrence was a better race.

We only have one more day out here before we have to head back for Tour of KC. Tomorrow we’re going to do an epic high altitude ride up Golden Gate Canyon and around. I’ve been riding way more than I had thought I would. I thought I was coming out here to rest some and it seems just the opposite. It doesn’t feel wrong, so it is probably alright. World Cup Soccer tomorrow morning early.

Here are some misc. photos I never got around posting. 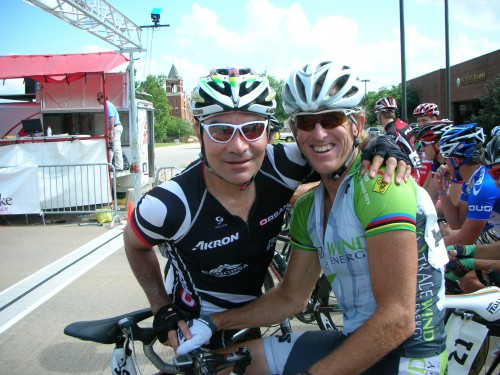 It was a surprise seeing Raul Acala at the criterium in Dallas last Friday night. I’ve know Raul for 25 years. He once pushed me the last 5 miles to Squaw Valley in the Coor’s Classic. I never would of finished if he hadn’t. I didn’t know he was racing again. He’s just getting back into it, but is going pretty good already. 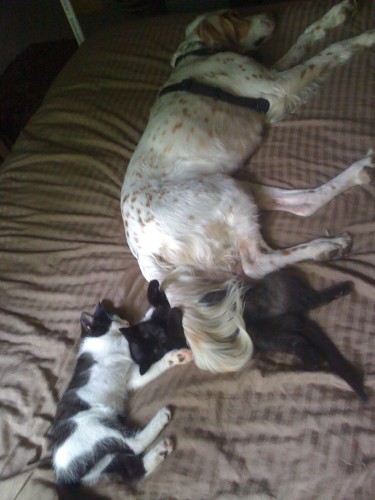 The kittens are officially adopted by the kitten sitters, The Walberg's. Their official names are Mary Ann and Ginger. Everything is a toy now. Pretty fun. 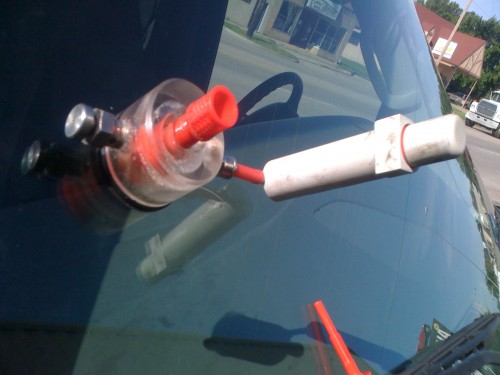 I put a new windshield in my van an hour before driving to Texas last weekend. 2 hours later I had a rock chip. I took it back and they fixed it with this thing. Today the crack ran across the whole windshield. I hate it when that happens. 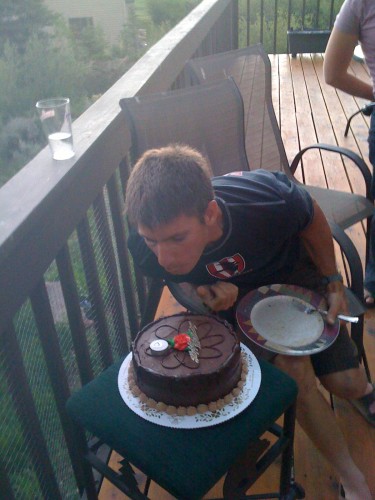 Bill's B-day was on Friday in Silverthorne.