Trudi has been in California the past couple weeks doing the BMC training camp. The program has obviously ramped it up this year and that is evident in the amount of work that needs to be done. The first week was up in Northern California and now that the guys that did the Tour Down Under are in the US, it has moved down to Southern California. It is easy to get star struck with a former World Champion, a current National Champion and a current World Champion showing up all at once. But, it is cycling, and it always nice to realize that they all are just normal guys that happen to be really fast. They’ve got a pretty ambitious schedule going, with The Tour of Qatar and The Tour of Oman coming up at the first of next month. They are already in the Giro and the Tour is a given I’d guess. It’s going to be fun following them this year, being an underdog team with big potential. 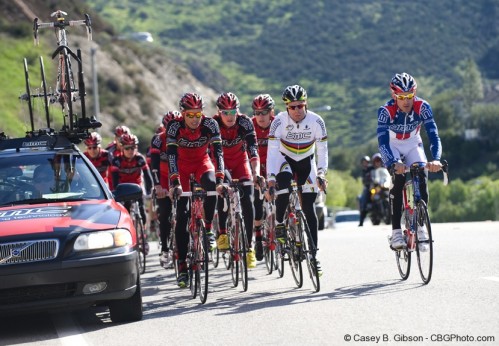 Casey's photo from the training camp. 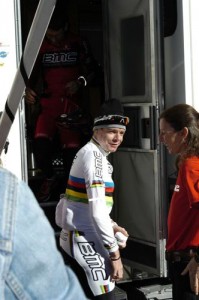 Trudi and Cadel at the truck.

Lots of bodies to organize-

One thought on “BMC Camp”