The 2nd day of this race is in downtown Overland Park, a suburb of Kansas City. It is a mile course, technical, with 6 corners and a hairpin. It was really hot again and really windy. They ran the course backwards compared to all the previous years. It was good in that direction too. The mid day start was going to be a factor. And it was. The same 60 guys started. Right from the gun the pace was lethargic. Everyone felt the same. Overheated. After a few attacks, another big group got away. This time we had 4 guys in it, with Brian and Bill being the most important. A few of the guys in the top 10 yesterday missed the move, so it was good for us. It took a while for the group to go around and take a lap. Most of the 75 minutes. By the time they lapped us, the break was nearly bigger than the remainder of the field. Attrition was rampant.

I was not good. But, not horrible. Just riding around. Doing what I could. I won a prime that no one really contested. And a few other things. Finally we were lapped and the race sped up once more. Everyone was pretty much done though. It split with 3 or so laps to go and 8 guys made that split. We had three, which seemed good. Our main concern was winning overall. 2nd, the race. It went south on the last lap when Alex Welch jumped from the back of the break and rode away. Josh Carter had done everything necessary to win, but missed the move too. I think he was waiting for one of us to chase. He ended up winning the sprint for 2nd. Brian just nipped Joseph for 5th, so Brian was the overall winner again. Bill finished 7th and had a pretty good weekend.

I don’t know what to say. I dislike racing feeling bad, but hate missing races. It’s a catch 22. But, now that it’s over, I’m good with this weekend. I think I might of gained a little form, not much though. I don’t think I hurt anything long term. And I know there is no where to go but up from here. 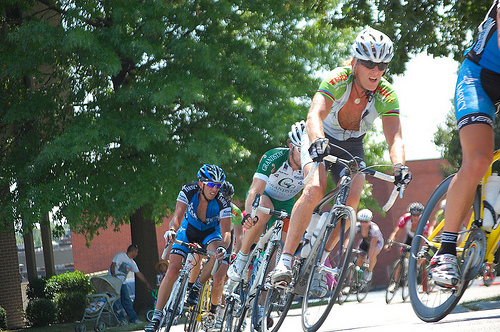 Hot and uncomfortable for most of the day.