The 2nd day at Elk Grove is a do over for the 1-2 field. Same race. 10km longer. The 10km made a difference I think. The field got smaller much quicker than yesterday. It happened in the PRO race too. It is surprising how hard a race with a U turn is. The race went badly for us, TradeWind Energy guys. We, all 3, were riding much better. Towards the end of the race a large group got away. Over 10 guys. Then 2’s and 3’s started latching on. Eventually there were over 20 guys in the “break”. And just a few more than that left in the field. Where I was. I jumped out of the U turn and tried to bridge up. I only managed to launch Josh Carter and Chad Cagle up to the move. I didn’t make it. I wasn’t that tired. Just was lazy or something. Josh ended up winning the race. Over $2000 for 1st, I think. Brian Jensen, from my team, was off the front with 2 other guys with 3 laps to go. One of the guys he was with hit his pedal, fell and took Brian down. He got up and chased back onto the tail end of the break again, but wasn’t mentally with it and missed the bell. Obviously he didn’t do well in the sprint. I felt better, but am still way tweeked. This might be the first race this season, other than stages in stage races, that I haven’t won money in. I usually have one of those races every year. This one shouldn’t of been it.

The Kenda women beat Laura Van Gilder today. Yesterday, Catherine Walberg was 3rd. Today her team mate won. They made bank. Catherine was so tired after the race yesterday, below is how she put her bottle back on her bike. It is amazing it stayed there. 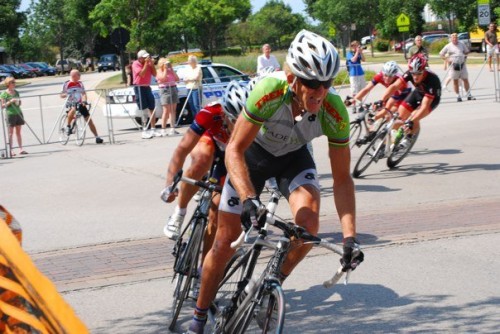 Launching Josh up to the break. 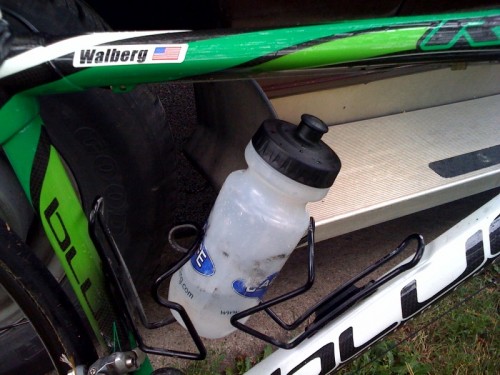 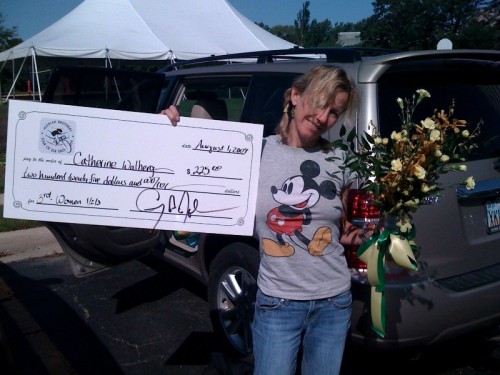 Nicer photo of Catherine with her big size check.