I like to hear the rider’s views on their specific form and thoughts about upcoming races, but the new way that these guys talk seems a little weird to me.  There seems to be way more confidence exuded when maybe there should be a little more modesty during the interviews.  I don’t know exactly, but I do know only one guy wins the race and the other 199 guys lose.

I think it is fine for someone to feel confident.  But cycling isn’t the sport where the strongest guy wins the race.  There are so many things going on that saying that you are the outright favorite is a little naive.

Take Greg Van Avermaet’s interview about the Tour of Flanders.  He has had a pretty stellar early season, winning 3 very important races.   He is so happy that he says – “I don’t think I can say anymore that I’m not the favourite.”   At least he doesn’t exactly say that he is the favorite, but it is really the same thing.

Then there is the DS of Quick-Step talking about Peter Sagan and their tactics.He said, “We try to win… but if we don’t win then he loses,”     I get the tactic, but being public with that tactic is just wrong.  Sagan, in my opinion, is the “race favorite” and of course, a team would be remiss if they didn’t take him into consideration when it comes to tactics.  But to outright say that if we don’t win, then he doesn’t win, is bullshit.  They must be really scared of him way more than GvA.  Again, in my opinion.

Anyway, Flanders is a beautiful race.  Better than Paris-Roubaix because much of the bad luck doesn’t exist.  It should be a exciting race, since so many guys seem to think they are going well enough to win the race.  Even Phillipe Gilbert is coming onto form now.

Maybe some of the riders, and directors, can just tone it down a notch and act a little more modest or civil, considering?   And just let the race on Sunday decide who is the best on the day. 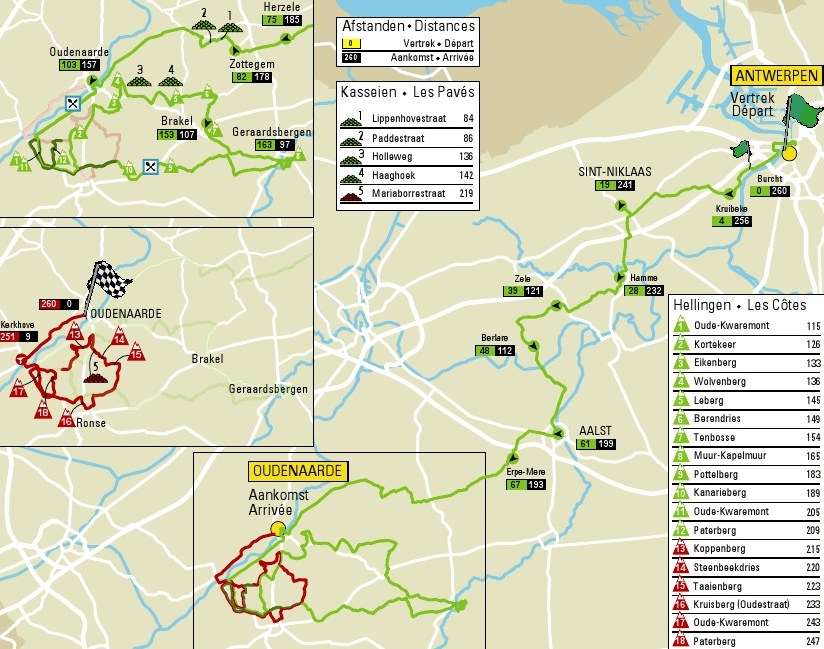 10 thoughts on “Tour of Flanders Media”