The first year I went to Europe, the first race I did on the US National Team was the Tour of Vaucluse.  It was a pretty big pro/am race, with some of the best pros in the world racing mainly again the best guys from the USSR.  I was just there to learn and spectate.

That year, maybe the third stage we were to ride over the Ventoux.  We weren’t finishing at the very top, but were riding up it and then descending and doing another 50 kms or so.

We could see the Ventoux from Avignon.  It was imposing.  Anyway, we started riding and the climb is long. There is a steady grade going up to it, then we did a left hand turn and the pitch got steep.  This is at the bottom.

The field was together, a huge group and we were all riding way too close together, for my liking.  I noticed that guys started standing up, for no apparent reason, and then a space would open around them.

I saw this happen a few times before I tried it.  It worked amazingly.  It wasn’t like anyone was trying to physically open a space, but the whole act of standing takes more room and the riders next to you have to adjust.  So, maybe they were physically trying to open a space.  And it is more a side to side space, not a front to back space.

I stayed in the big peloton for maybe a couple more kilometers until they started racing at the front.  Then I got shelled.  I lost a lot of time that day, along with Jeff Pierce, a US team mate.  Jeff eventually won the final stage of the Tour de France a few years later.

I always liked climbing better in Europe than here in the US.  The gradients are steeping and there are usually way more switchbacks.  It better suited my style.

Anyway,  I did learn an important thing for climbing that day.  Baby steps is what makes a good cyclist. 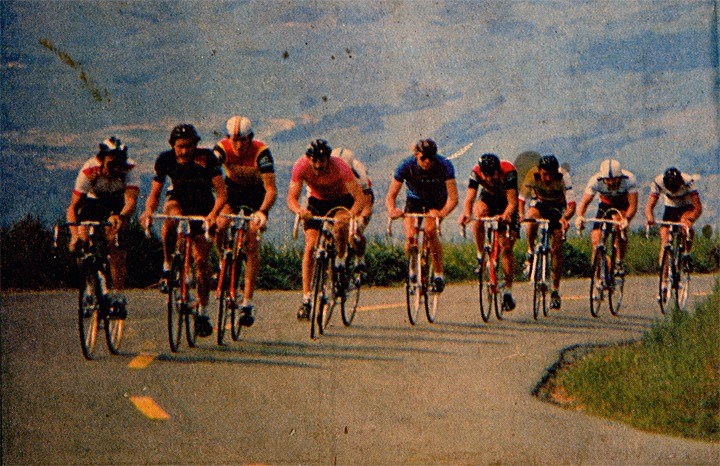 Not the Tour Vaucluse, but climbing up Mt. Diablo at the Coor’s Devil’s Cup outside Walnut Creek, CA. 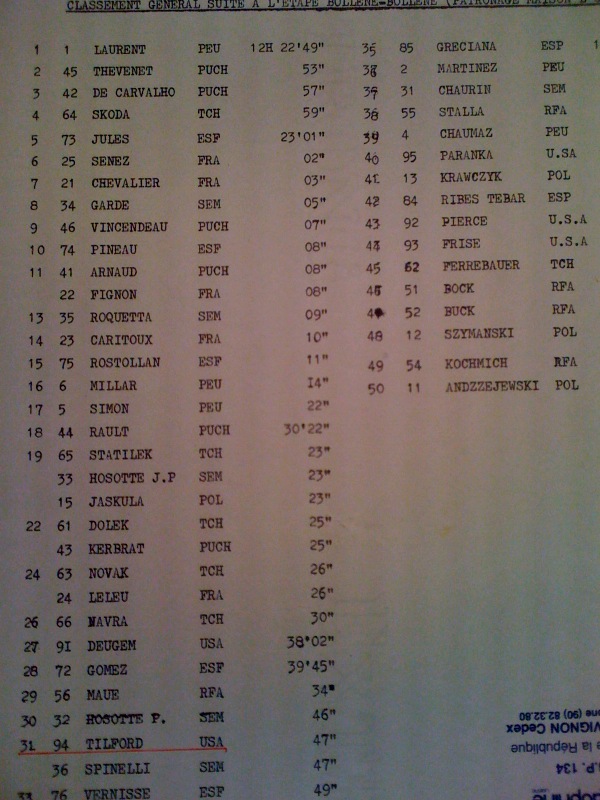 Some old results from the Tour Vaucluse that year.