I’ll be the first to admit that I’m not at the forefront on knowledge of all the “new designs” of MTB’s.  I only race them a few times a year and most of the races that I do you could get by on a MTB from the 1990’s.  The longer, not mountainous races in the midwest don’t need a big movement full-suspension bike normally.

I saw a few comments on a few posts about how “ancient” my dual suspension bike looks.  “My stem is too long.” “My bars are too narrow.”  “Bar-ends.”  Etc.

There is a real difference between bikes you want to race and bikes that you ride around.  Jimmy Mac told me a long time ago that he thought one of the reasons that MTB racing, at a National Level, was suffering was because the bikes that are fun/great to ride aren’t the same bikes that you would want to race.  I didn’t know enough about it to understand back then, but do now.

The bar width thing is a preference.  I can’t, and don’t want to, ride super wide bars because some, or many of the races that I might go to around Kansas, super wide bars just don’t fit. Plus, I don’t need them.

I was at Ned and Todd’s (Overend and Wells) Grand Fondo last year in Durango and I saw John Tomac.  I hadn’t seen John in a long time and he was telling me about his son and motorcycle racing.  Anyway, he looked at my bike and said, bar-ends, I need to get some of those.

I climb on bar-ends.  I don’t understand how riders get power while standing up without them. I do understand that wider bars give more leverage, but you aren’t using the same muscle group.  I tell you that a road sprinter could not go nearly as fast without the hands and arms being in the position they are.  Flat bars hinder off the seat climbing and accelerating.

I could go on and on.  I love my Eriksen  and might mess around with position a little, but it is never going to look like a enduro bike with a $400 dropper seatpost and a super short stem.  I might get a bike like that, I’ll just never race x-country on it.

On a side note, Vincent is shipping his fork and shock off to DirtLabs in Longmont to get tuned. These are off his tandem.  He’s sending my rear shock too.  I hear those guys are pretty much best in the business.  Guys that focus on one thing usually end up being that way. 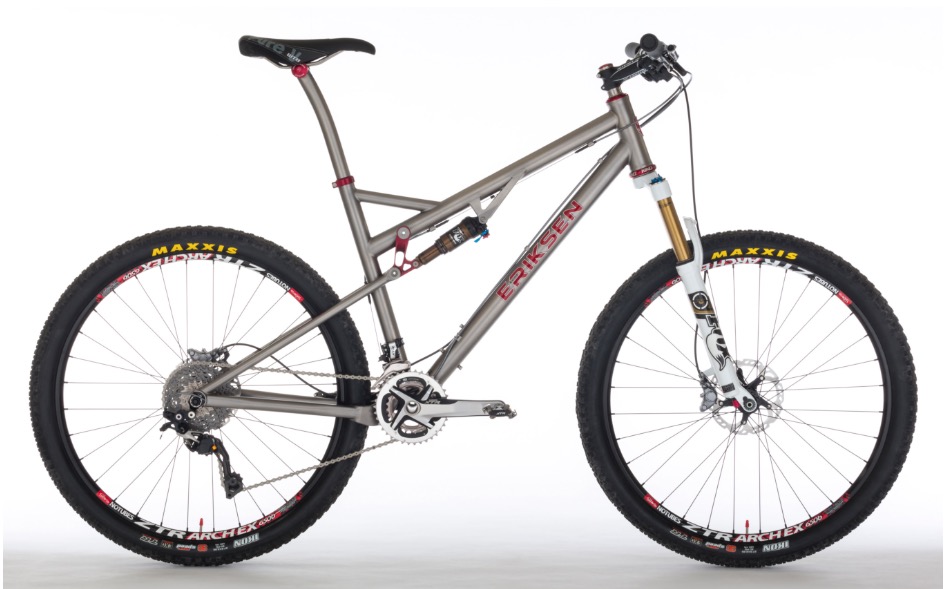 23 thoughts on “MTB Design and Preferences”