I know, that isn’t a very impressive title.  A 1000 miles by early February is nothing special.  It is this year, for me, because I am fairly surprised that I’m even riding by now.  A couple months ago I wouldn’t have been surprised if I was still told not to ride my bike outside.  Head trauma isn’t something to mess around with.  I’ve learned that the hard way.

Yesterday, the weather cooperated and a few of us got out for 70 miles.  That is about as far as I can ride now.  I’ve been riding bigger miles, early season, recently, but that isn’t possible as of now.  Plus, I have a chest/head cold thing going on, so it isn’t a great idea pushing it from that perspective

Last night was a trifecta astronomically.  A full moon, a moon eclipse and a comet passing close to the earth.   I guess that is special on a birthday, but I’m not sure what.   I’m into astronomy, so it is cool.

Today it is supposed to be nice too.  In the 60’s.  That isn’t really normal for February in Kansas, but it isn’t that unusual.  It is nice for my working friends to have good weather on the weekends.  This weekend it is exactly that.

Anyway, I’m gonna keep plugging away.  It is a bit frustrating.  Tweaking training isn’t the easiest thing for an older athlete.  I think I’ve done a fairly good job of it my whole life.  But having to change training because of an injury that is super foreign, and quite unknown, is a little more difficult than the normal broken collarbone, etc.

I still hate wearing a helmet.  I guess I need to get a winter helmet and the another one for the warmer weather.  For some reason, unknown to me, when my head gets cold, or just gets hits by cold wind, my head aches.  It sort of feels like it is still fractured, which, I hope, it isn’t.  My helmet is too small to fit even a thin hat under it.   I’m pretty glad it is 1/2 way through winter.  In March, the weather normally gets a lot warmer.

Okay, I’m just babbling.  I feel sorry for all of the cyclists that live in the Northeast.  Big snowfall there that is going to be on the ground for a while.  I guess it is winter still. 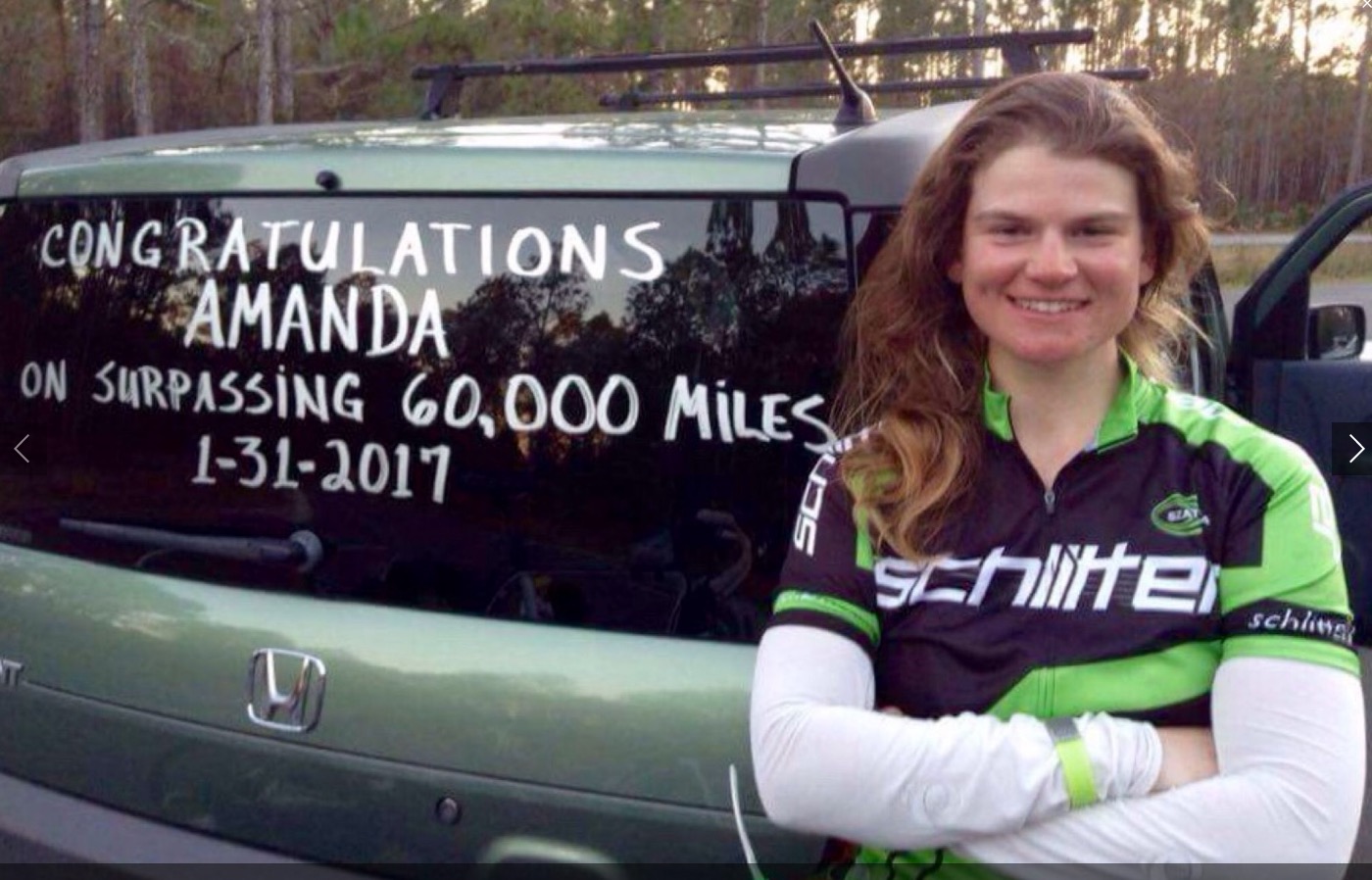 This is Amanda Coker. She rides around 1000 miles every four days. She is on schedule to smear the World Record of most miles ridden on a bicycle in one year. Man or woman. Her distance per day and average speeds are incredible.