Today is my birthday.  Another one.  They keep coming in constant procession.  I’m not normally too big on celebrating birthday.  Still aren’t, but this one is a little different, I think.

I’ve already lived a couple years longer than my father.  When he died, I didn’t really take into account how old he was and how much potential life he had left.  You don’t do that when you are young.  At least I didn’t.  Now is a different deal.

Both my mother and father aren’t alive.  They lived their lives and I didn’t have much control over them.  They were great parents, but rotten on their own preservation.  They aren’t alone in that category.

Maybe I’m not so good at it either.  Maybe I am, I guess I won’t know that for a while.  I do know that I like living and would surely be disappointed if I quit doing that shortly.  But, it is life, and as we all know, we ultimately don’t have all that much control over the endgame of that.

I have a doctor’s appointment in a couple hours.  Guess I’m going to try to retrain my eyes and ears to work together with my brain better some.  Plus, get some more ear crystals to go back to where they belong.  Seems a little weird, but I tend to be more dizzy after I leave the dizzy doctor than before I went.  Maybe it is like getting active release or something.  It might hurt initially, but is good for you in the long run.

I try to ride my age in miles on my birthday.  I had a friend that used to do that running.  He did that until he was around 50, then switched to kilometers.  Anyway, I haven’t done it in a couple years.  I should skip it this year again since I have a bad head cold, but sort of feel like riding.

Catherine is taking half a day off work, plus Bill is feeling a little better from being sick, so we’ll probably just ride over to Lawrence, just some coffee and ride back.  That is the correct mileage. It is supposed to be nearly 70 degrees today and tomorrow.  I’m not sure we’ll make the one mile for every degree temperature winter rule.  Maybe, but maybe not.  It is supposed to be windy and when that is the case here in Kansas, it is pretty windy.  Should be fun either way.

Okay, I didn’t sleep much last night, from coughing most of it.  Think I’ll try to sleep another hour before heading to the doctor.   It is my birthday, I should be able to sleep in. 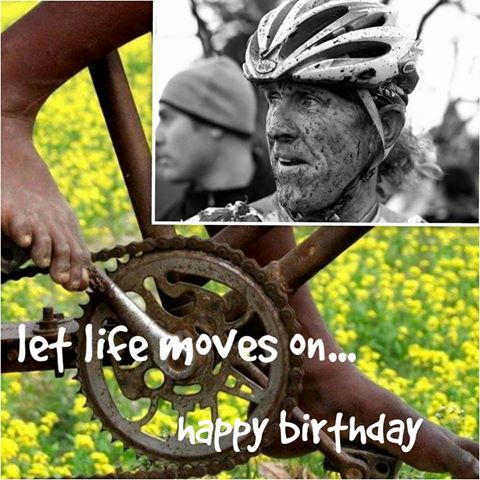 Nice picture someone made. 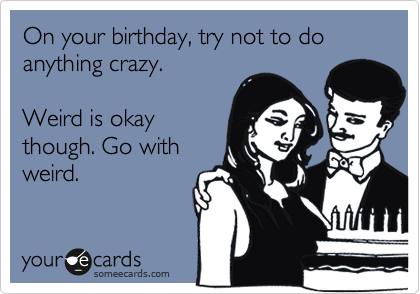 And then I got an email with this, early this morning, like last night. Seems appropriate.

37 thoughts on “Another Birthday”