Johan Bruyneel did an interview with a Belgian magazine and in that interview, he has some pretty opinionated views.  He said that the detractors of Lance Armstrong are like a “sect”.  Then he goes on and criticises Greg Lemond about his efforts to try to clean up the peloton with his help with discovering mechanical doping.   I don’t get it why he even has a pedestal to speak? What is wrong with the media over there?

Johan goes on to explain how the peloton of old, felt about Greg.  He gives a few comparisons, then just said that he was “an asshole”.

Anyway, wow, that is pretty extreme.  Considering his background, it seems like pot calling the kettle black situation, even if he really believes what he is saying.  I’d bet a lot of people would use that very term to describe him.  But, he is with Lance and not Greg.

I’ve had the pleasure of spending a lot of time with Greg.  On and off the bike.  Asshole would never come to mind if I was using an adjective to describe him.

Greg could be a very intense person, like nearly every top-level athlete I’ve ever met.  Greg took the sport pretty seriously and was pretty concentrated when on his bike.  But that doesn’t come close to making him an asshole.

I don’t think that I know anyone that knows Greg personally that would call him an asshole publicly, in print.  I know a few that have called him that in person, but that was in jest normally. Maybe a few times being serious, but that is common in a tight-knit group.

Cycling of old wasn’t the cycling of recent.  Most everyone got along alright and the best riders “showed off” with their legs, not by spewing stuff out of their mouths.  Today, it is amazing how badly riders talk about each other through the media.  And how they say how great they are going.  That is a big red flag in my book.  I never knew how well I was going until after the race was over.

I remember talking to Greg about the 1989 World Championships he won, beating Dimitri Konyshev, of Russia and Sean Kelly, of Ireland.  He said he felt like shit the first 4 hours.  Then the rain or something made him feel better and better.  At the end, he felt unbeatable, which he was.  I doubt a Greg Lemond interview before that race would have been anything but modest.

I like Greg.  We’ve always gotten along and he’s always been nice to me.  He tried to help me in the Junior World Trials, when I first started, and has been nice ever since.  He even tried to buy me some hockey skates.  Maybe he should have made that offer to Johan?

Anyway, Bruyneel doesn’t get to play in our sport for a few more years.  I’m not sure where he is on his 10 year ban?  But for the guy to say that mechanical doping doesn’t exist is insane.  Just because the only “caught” competitor is a women, doesn’t mean that it hasn’t occurred on the men’s side.

Then to call out Greg for having issues with Lance.  That is crazy.  He said – “I do not know what’s wrong with LeMond. It is not normal when you’re so obsessed with Armstrong.”

Lance made Greg and Kathy’s lives miserable for a very long time.  And when you were on Lance’s bad side, he could be a real “asshole”.  Maybe Johan should have mentioned that? 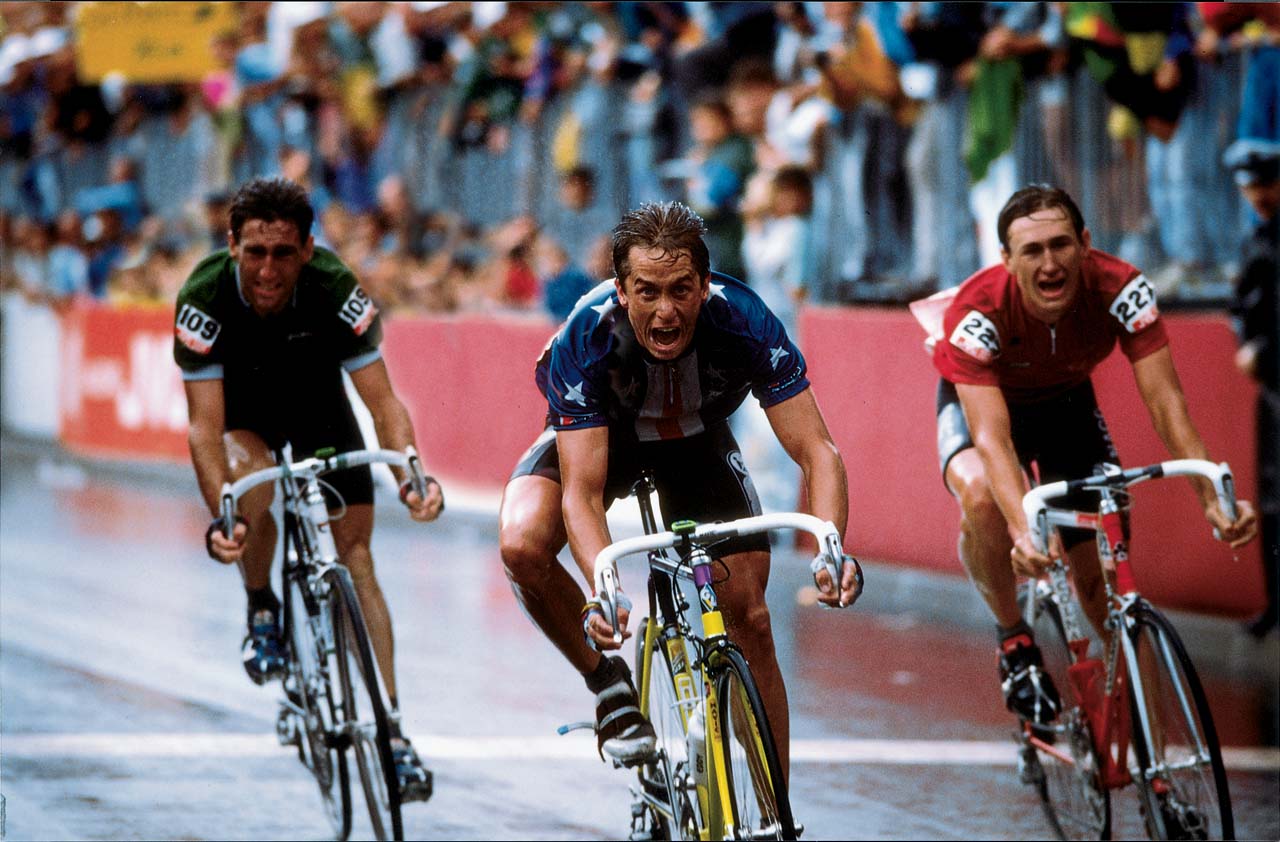