I have feeling like I’m sick for a couple days now.  I’m not sure if it is from flying or from hanging out at doctor’s offices.  Or from something else.  Bill is sick too, so maybe that is the deal.  It is February and it isn’t unexpected.

It has been nice in Kansas weatherwise.  Not today though.  Or yesterday, really.  It was supposed to be 63, but it was only 40 by the time I got out and it dropped from there.  Today the high is 30, windy and a winter mix of precipitation.  Ouch.

I went to a doctor yesterday that specializes in dizziness.  He was good.  His name is Dr. McKnight.  He was a doctor like doctors of old.  Took lots of time to talk to me.  Asked me the right questions, I think, then explained the results of the battery of tests I took.

It gave me hope.  Not really hope, but made me feel more confident in coming out of this TBI (traumatic brain injury) less scathed that could be the case.

I did a lot of balance tests.  Some wearing goggles that recorded my eye movements, and some with complete darkness.  I was pretty stellar when my eyes were open.  In the 98% range, which he said you can’t score any higher because the earth is spinning.   I don’t know about that statement, but I felt pretty stable.

I wasn’t as stable doing the same balancing with no sight.  Only in the 80% range.  Still not bad, but I know I have less balance here than before cracking my skull.

So need to do some vestibulo-ocular reflex exercises to help my brain compensate with the balance issues.  I’m going back on Friday, my birthday, to see his guy that will give me some exercises to do at home to help.

He also said that I have loose crystals in my ear canals still, BPPV, which causes dizziness too. Loose crystals in liquid that throws off equilibrium.  That is a supposed easy fix, but I haven’t had that great of luck with it so far.  He did it again and I guess I’ll see if that worked.

So, that is good.  I haven’t had any dizziness issues recently riding.  Actually, only twice since I have been riding outside, have I even felt anything.  Both times it was just for a second or two and not bad.  That was awhile ago.

I’m going to KU Medical on Monday so see my neurology rehab doctor.  She is great and I am looking forward to seeing her.  I haven’t been there in 6 weeks now.

I am really lucky that I’ve had really good doctors that take time and seem truly interested in my health.  I don’t think that is the norm so much nowadays in medicine.

Anyway, I have a head cold now and feel pretty crummy, but it is sort of funny, because before this head injury, I would have been pretty depressed about being sick.  It is just a flesh wound, not even that, now, compared to what I went through the past 3+ months.  I guess that is one upside to being really bad off for abit. 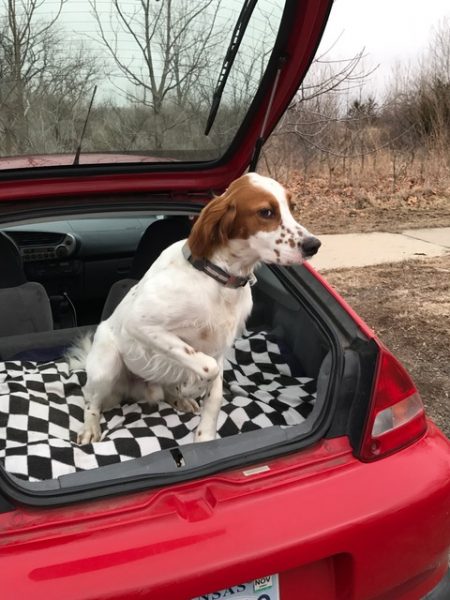 Tucker has no balance issues. He’ll stay like this forever, or at least until I tell him it is alright to go run. 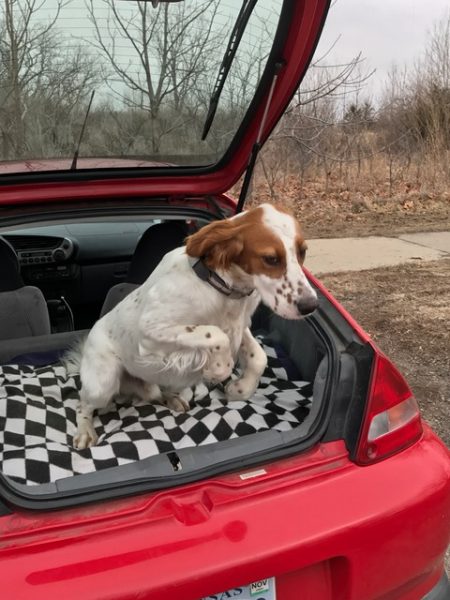 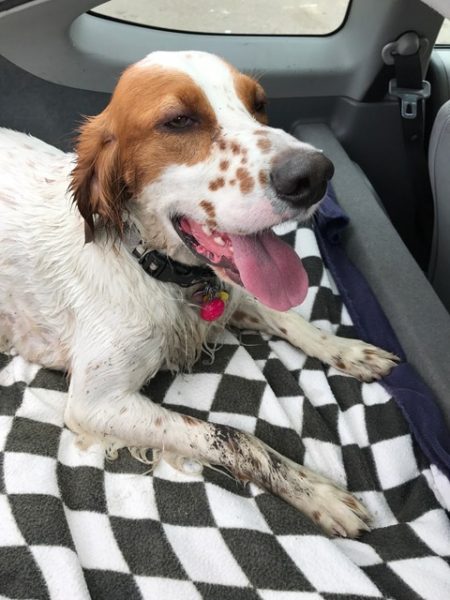 He loves swimming. Even if it is freezing out, if he can find water, he is in it. 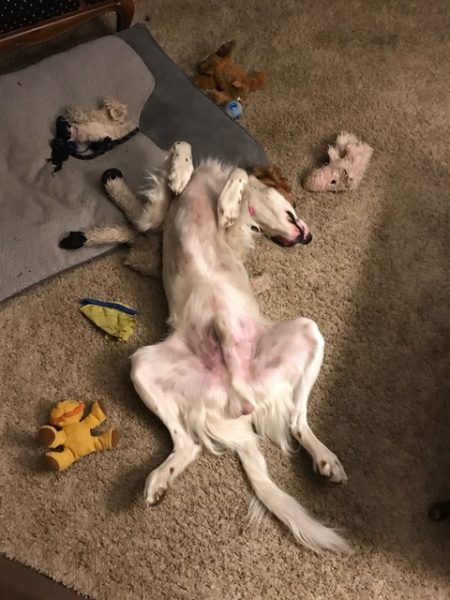 He’s an exhibitionist at night, usually.