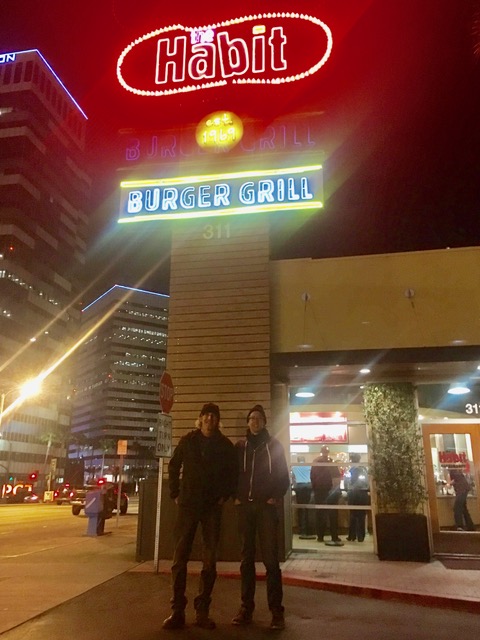 I flew into LA and met up with Seth Davidson and his wife. 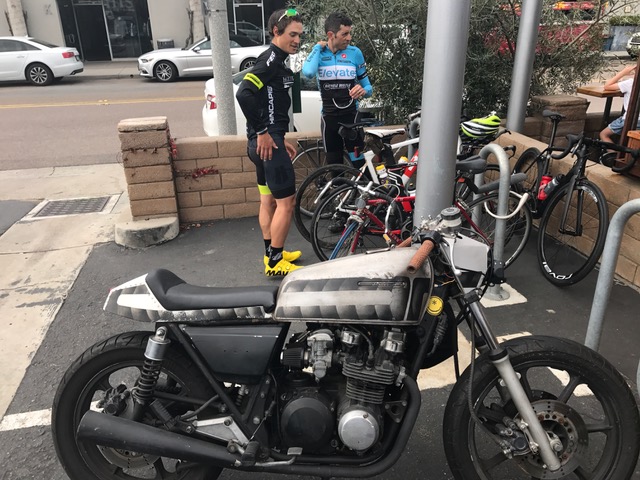 On a ride with Adam Mills and Robin Carpenter. This is in Solana Beach at Lofty Coffee. 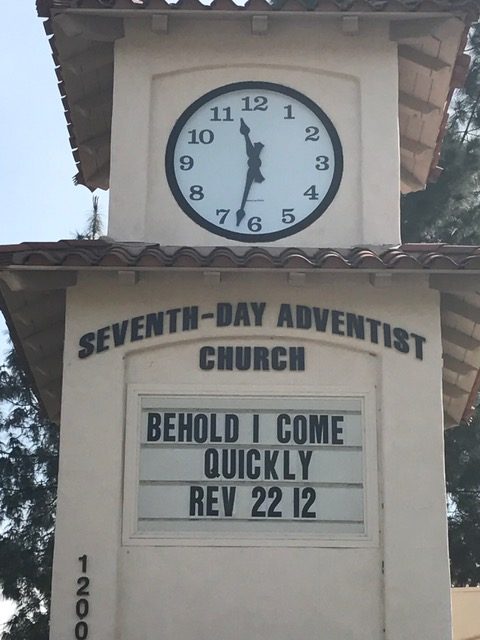 A church on a ride North of San Diego by Couser Canyon. I’m not sure what Revelation 22 12 is, but it must be “moving”. 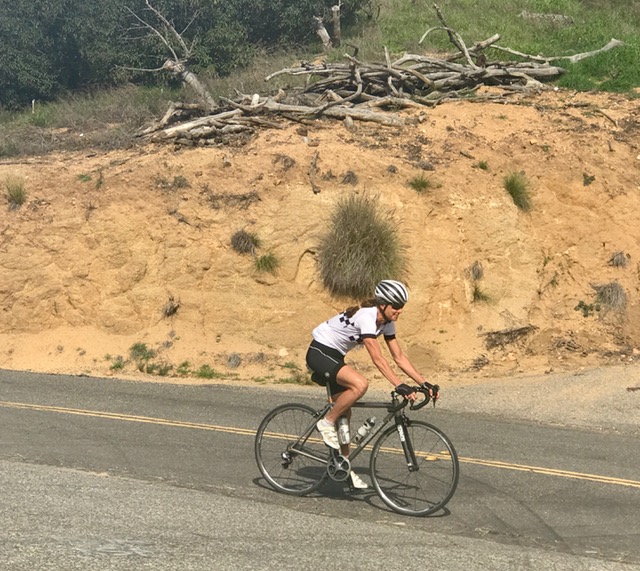 Sue climbing Couser. I was riding up it with Corky. On Strava, Ned holds the KOM. He was only a bit over 10 minutes faster than us. I bet he was using carbon tubulars.  It’s only 5 mph faster than I climbed it. 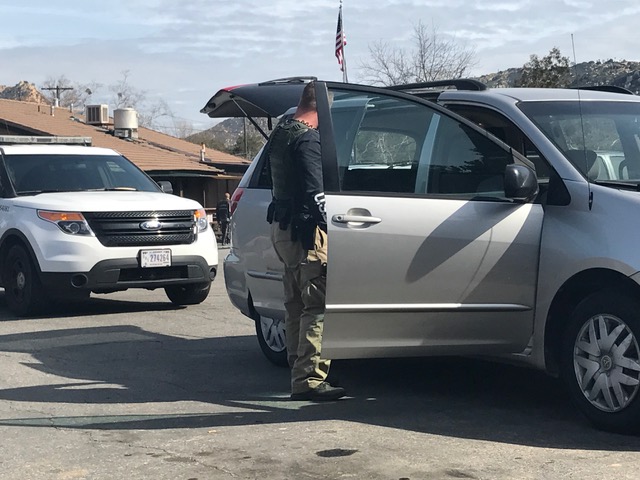 These border cops were rifling through a woman’s car. I talked to her after and she said the reason was because she lives in LA and was driving to Chula Vista.  This was in a parking lot at a fruit market in Rainbow. 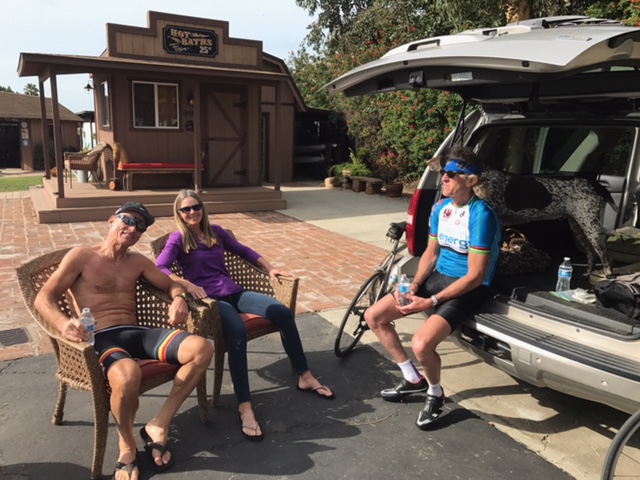 After the ride Couser ride with Corky and Patty. 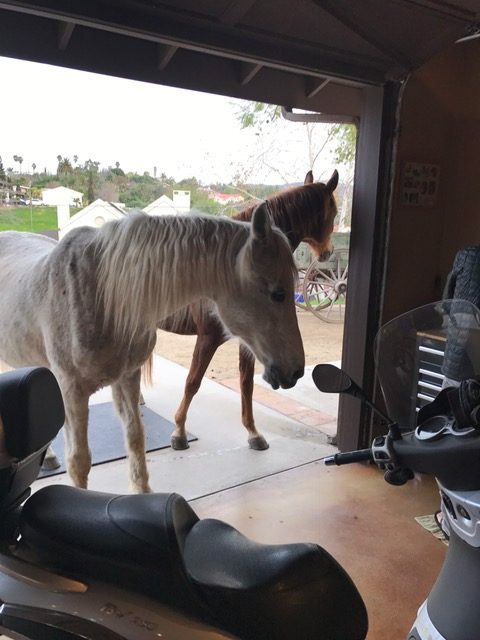 Corky and Patty have two horses that wander their compound. 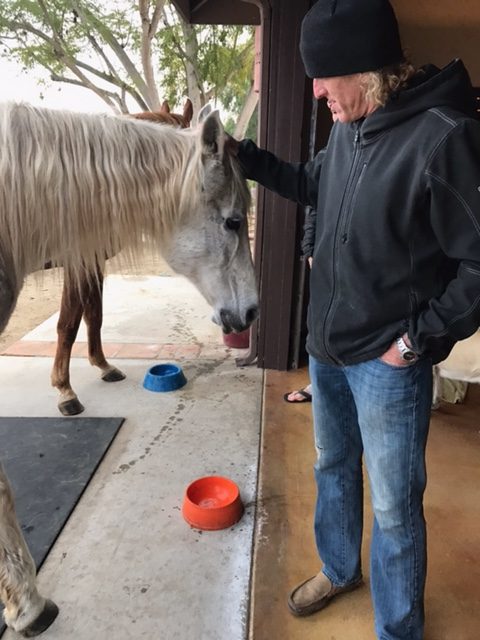 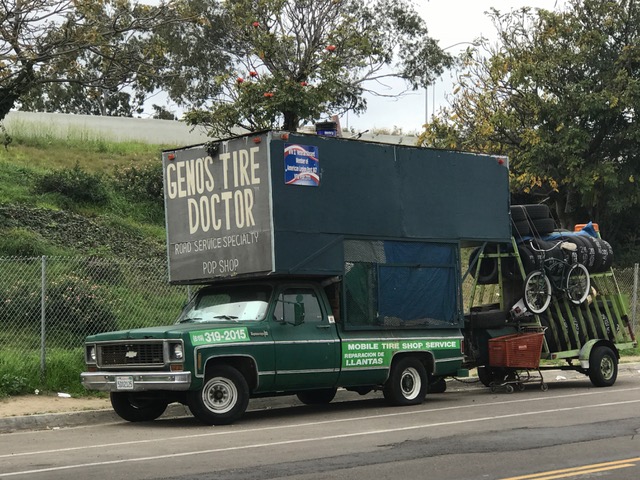 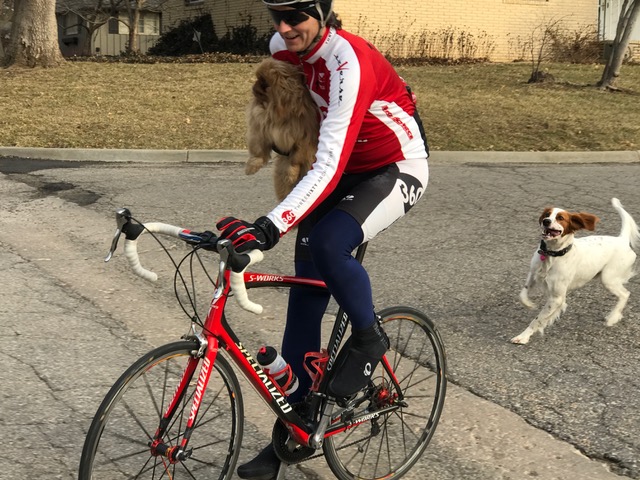 Keith and Tucker returning a lost dog after the ride yesterday. 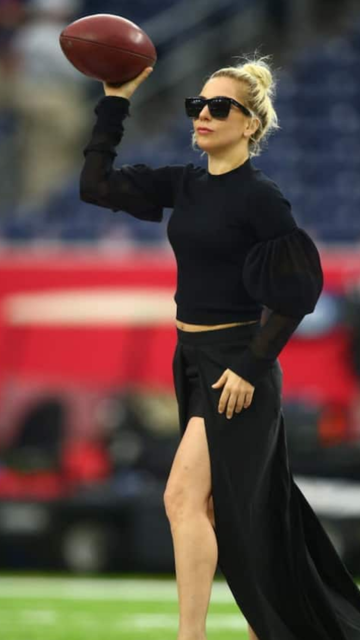 Lady Gaga warming up before the Super Bowl.

11 thoughts on “A Few Photos from the Past few Days”