I’m back in Kansas.   I’ve been out in California the past week.  Big change waking up this morning to temperatures in the 20’s compared to riding in sleeveless jersey a couple days this past week.

Luckily for me, it is going to be in the 50’s today here in Kansas.  We’re doing two rides today. Actually, just one ride, but checking back in because some can’t make it out by noon, so we’re going to loop back through town and pick them up after a couple hours.

Yesterday, I flew, then went directly to the Apple Store.  I’ve been having electronic problems the past couple days.  And other than a Garmin, the rest of the stuff is Apple.  Phone and computer.

My computer stopped working on Thursday.  The display wasn’t going on, so I couldn’t see the screen.  I tried to get an Apple appointment in California, but the earliest was on Tuesday.  Luckily I got a genius bar appointment at the Plaza a couple hours after I landed.

Anyway, like usual, they both work now.  It is unbelievable how many people are always at an Apple Store.  They have classes going on, selling products, plus fixing stuff.  They called this Macbook Pro a vintage computer.  It was made in 2011.  I don’t think of it as vintage, but in computer time, it is I guess.

I have 765 miles for the year now.  And most of those I’ve done in the past two weeks.  Like 620. I am still having some issues related to whacking my head on the ground, but think the main problem is that I just layed around for 10 weeks.  Most of that time in pain.  It is a little frustrating, but I’m trying to not dwell on that.  I believe patience is a virtue in this regard, but it isn’t my normal pace, so it is out of character for me.

Okay, today should be good.  After the ride, we’re watching the game at our house.  I’m not big on professional football, so I don’t have any favorite.  I’ve seen a couple of the commercials already and the ones I’ve seen seem to be addressing some of the political discourse our country is going through right now.  Seems good to me.  Make your views open to the masses. That is the only way this whole thing works. 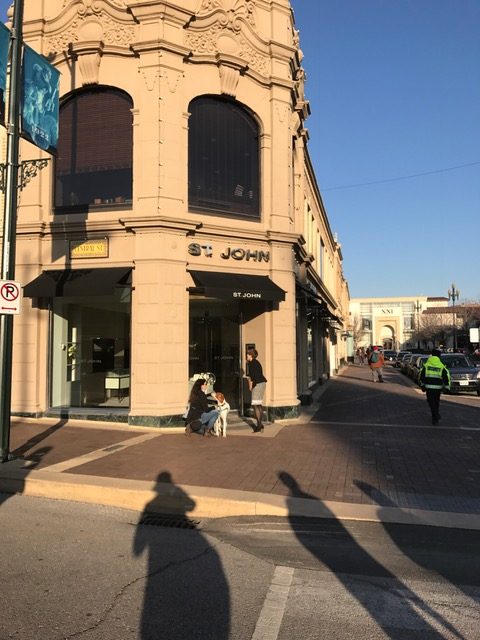 I came out of the Apple Store and saw Trudi and Tucker across the street. 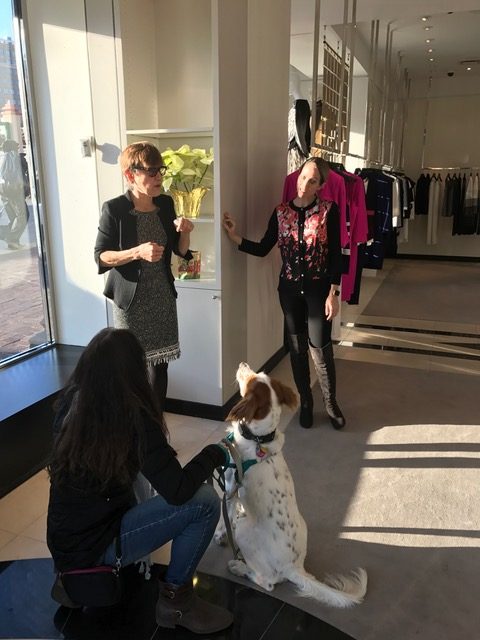 By the time I got over, they were inside a shop, Tucker getting a treat. Very nice women. 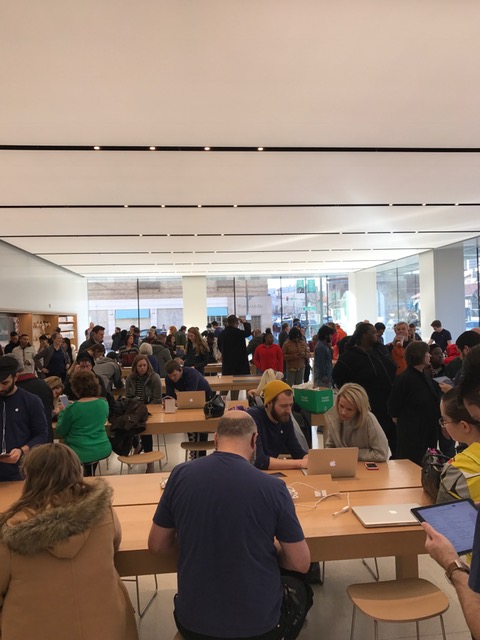 The Apple Store was packed.