The results from cyclocross worlds last weekend are a bit surprising, really.  I picked Vos and Wout a week ago.  I was close, with Vos losing in the spring.  But cross is a great sport because the conditions dictate the results.

The conditions were so important, as always.  The frozen ground turned to slick, sloppy mud for the men’s race on Sunday.  Mechanicals plus flat tires were an important factor in the results for both men and women.  That is cross too.

Less than half of the 60 rider men’s field finished the race on the lead lap.  Stephen Hyde was 18th, nearly 6 minutes back.  Probably not the result he was hoping for, but still a good race.

I think that tire selection and pressure played a huge role in the results.  I still don’t understand how some of those guys ride such low pressure.

It seems like they are taking such risk of flatting.  Both Wout and Van de Poel flatted.  It had to be from low pressure.  Van de Poel’s flat cost him a chance at winning.  I guess he knew the risk reward and made a decision.  Maybe it was just terrible luck?

Wout was riding some Dugast tires with Michelin green mud tread on them.  I think that setup is the best I’ve ever ridden in those conditions.  But that tread hasn’t been made since 2002.  But lots of riders and squirreled away some for days like this.  It mattered.

I have a bunch of FMB tires with that same tread pattern on it.  New and waiting.  Not the same as what Van Aert was riding, but for the very same reasons.

Anyway, another season in the books.  Pretty good rivalry going on now.  And Americans are slowly getting in the mix.  At least getting to the point of racing towards the front, on their days. I’m sure most of those guys and gals can hardly wait until next season. 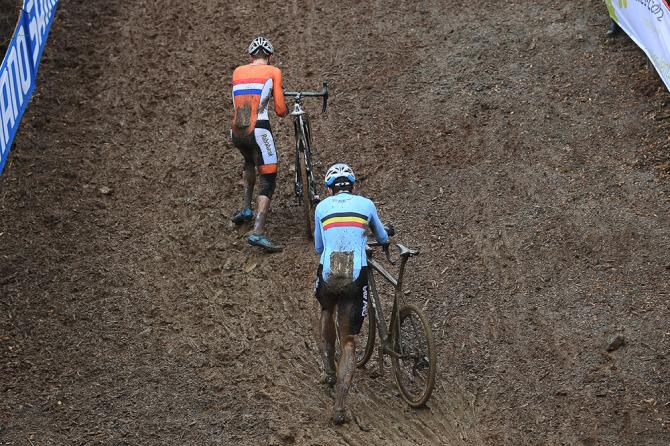 It was super difficult just getting up the climbs, let alone getting down them. 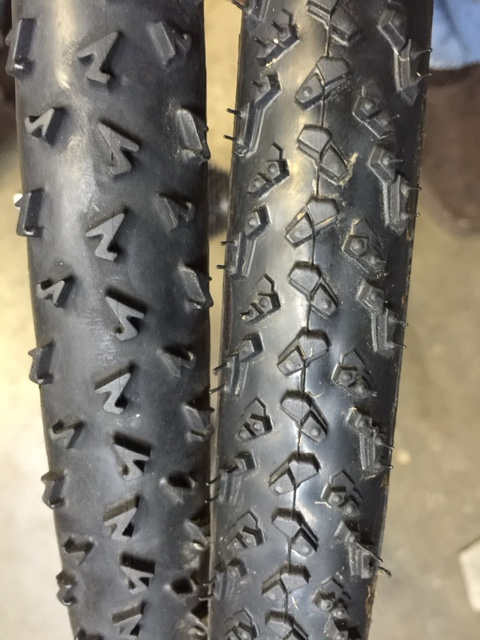 Both FMB casing. The right is a custom tires with a Micheliin mud tread. Wout’s were green, but these are nearly as good.