I saw a few days ago that Lance and some of his old Postal Service team mates are racing the 24 Hour Old Pueblo MTB Race in Tucson in a few weeks.  The article said that Lance, George Hincapie, Christian Vande Velde and Dylan Casey have put together a team.

I think the whole thing stinks.  I didn’t much like it when Tyler Hamilton went and won Mt. Washington Hillclimb when he was serving a two year timeout and I don’t like it anytime that Lance races bikes when he is currently suspended. As soon as his suspension is over, he can have at it.

I know that Lance’s “ban” from sports was partially lifted a few months ago.  I’ll find the article.   But I know that the ban was lifted in sports other than cycling.  Plus a lot of other stuff.  Cycling is still off-limits.  And I know that it says in sanctioned events.  Here is a link to an article.

In the article I read, George says – “Just bunch of old dudes trying to have fun time in the desert.”   If that is really the case, then they should go get a RV and a few cases of beer and have their fun in the desert.

Their fun is overlapping with a bunch of riders that are there to have fun too.  But also race. And these guys, the non-doping public, won’t get a thing out of the ex-Postal Service team doing laps with them.

I’m way more interested with Floyd and Dave (Landis @ Zabriskie) doing the Tour of Battenkill this year.  Neither of those guys have a lifetime ban from racing bikes, so they are free to enter races to “have fun”.

Whatever.  They should just throw the lifetime ban out on Lance and let the dude do whatever he wants on a bicycle.  He sort of is already.  Might as well make it “legal”. 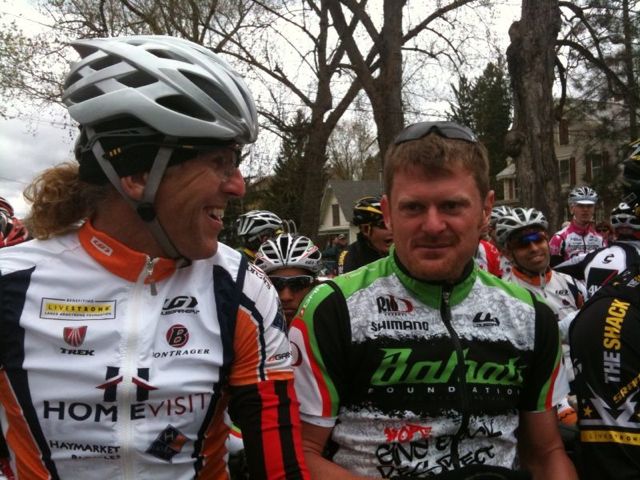 Think this was the last time Floyd raced battenkill. Maybe 2010? I had to ride on a “Pro”like team to race the race the 2nd weekend.

45 thoughts on “Lance and Company Racing in Tucson”