Cyclocross Nationals in Hartford, CT yesterday was epic.  The course decided much of the race. Either you had the ability to ride the course or you didn’t.  It was close to singletrack much of the way.

I think the course was too severe the whole week.  From unrideable mud to frozen footsteps, you want a cross race to be decided by ability.  Not that, in the end, at least at the Elite level, it wasn’t.  Both in the Elite men’s and women’s races, the pre-race favorites won their respective events.

So the favorites won.  But riders that maybe could have had an opportunity to shine, didn’t get that chance because the starts of these races were so important.

Amanda Miller finished 2nd and rode super also.  She is very comfortable in harsh conditions and her bike handling skills are excellent.  Very deserving result for someone that has put in her time this year.

The men’s race, well that was interesting.  Maybe not the final result, but the last bit. Stephen Hyde was good.  He got the hole shot and then proceeded to make errors so that he was well back.  Since the start went up a long singletrack dismount, any error was exaggerated.  It was a little bit of carnage there the first lap.

But, he did the same thing at the World Cup in Iowa City and rode back to a top ten finish,  so I figured it was just a matter of patience before he did that.  He got to the front and immediately slid out on a off-camber descending corner.  He kept his cool and started riding consistently fast.

The crazy thing about the race was the last bit.  Hyde had a low front tire and somewhere on the last hill, just before the finish, tore his rear derailleur off his bike. So he came onto the finish stretch, not able to ride.  He coasted a bit and then got off his bike and walked to the line.  Jimmy Driscoll was closing fast.  If the line would have been 50 meter further down the stretch, the results would have been different.  I’m glad it wasn’t.  Pretty unusual finish, to say the least.

Jamie rode an excellent race, but Stephen Hyde deserved to win.  I did a short post on him after the World Cup in Iowa.  He is the real deal.

Jonathan Page finished 7th and Todd Wells 8th.  Glad to see a couple of the guys I who’ve been around for awhile, have top 10 finishes.

The whole races are on the video on yesterday’s post.  If you want to see how close the end of the men’s race, click here for a twitter video.

The season is over for the majority of riders, but not all. There are still a few races left before the World Championships. 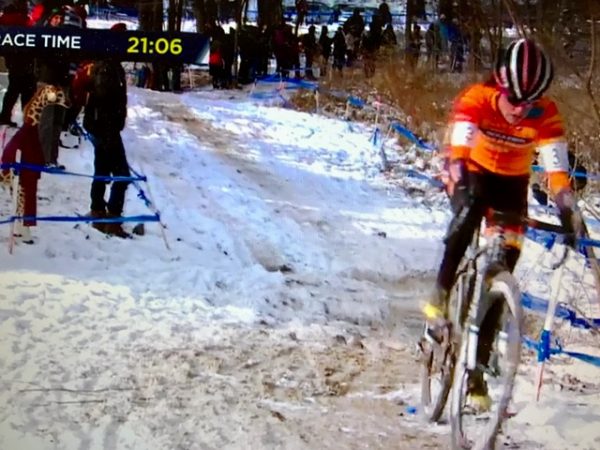 Amanda riding this section super. It doesn’t look so tricky, but was. 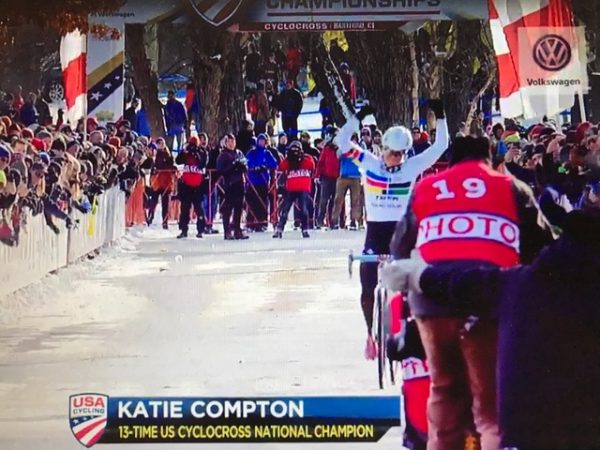 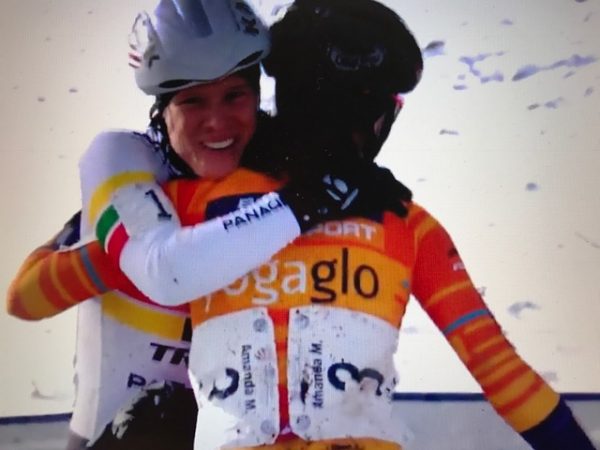 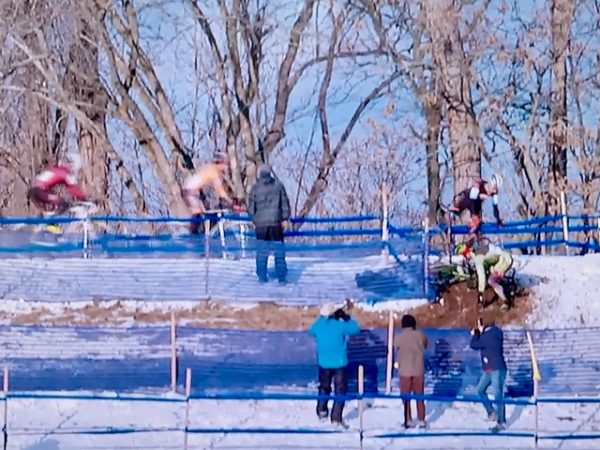 Right after Stephen Hyde got back into the lead, he bobbled. 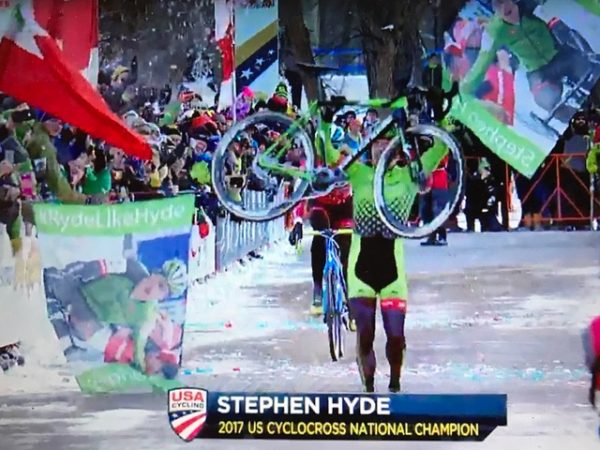 The finish. Notice his rear derailleur hanging. Jamie was just behind. Crazy finish. 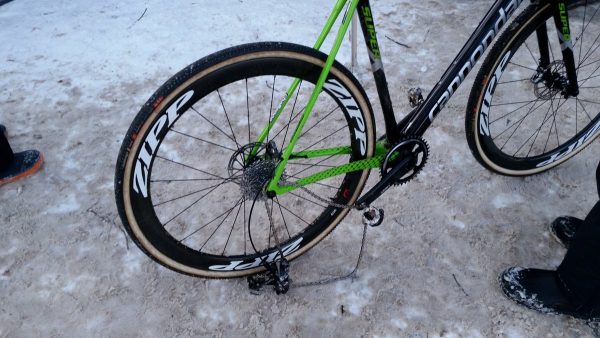 Stephen Hyde’s bike at the finish.