The title to this is a little misleading.  Rogue is the word my neurology doctor at KU Med used when asking me how much I was exercising.  Her exact phrase was “How rogue have you been?”  And I wasn’t that bad.  Instead of riding 5 minutes twice a day I had been closer to 30 minutes twice a day.  But I had been keeping my heartrate below 100.

We came to a consensus that I could exercise as much as I desired as long as the exercise didn’t induce any of the “bad” symptoms of a TBI.   Only once in two month did I have an issue, where I started riding the ergometer and I felt a headache coming on.  So I quit pedaling immediately. But that was a while ago.

Flash forward to now.  Today is exactly two months and, now, one day since I crashed and fractured my skull.  I’ve been pretty good at following all the protocols that have been mandated.  The deal with these head injuries is that each one is different and they each heal on their own terms.  Which means at a different pace, which, to me, is frustrating.

So, my friend Vincent (who was the guy writing initially about me being in the hospital, which is the most read post ever here) asked me to come down to Arizona with him, I told him yes.Mainly because it is 75 degrees here now. I didn’t bring a bike, but couldn’t stop myself from bringing pedals and shoes.  Plus, cycling clothing and, yes, a helmet.

Yesterday, Vincent went by the bike shop here in Fountain Hills,  McDowell Mountain Cycles, and the guys there gave him a dual suspension Scott MTB for me to use.  I met Harry and the guys there last year, right before doing the 24 Hours of Pueblo.  They are good guys.

So, Vincent and I went for a ride.  We rode the road over to McDowell Mountain Park.  I’ve been there a few times, mainly when it was first welcoming MTB’s, year ago.  I raced a couple Specialized Cactus Cups there, so am pretty familiar with it.  We were planning on just riding on the road, but for some reason we ventured off.

It is perfect for me in that regard.  Some of the trails are nearly like pavement.  Super smooth with virtually no technical aspect.  Long story short, we did nearly 30 miles and I feel no worse for wear.  But, we were taking it pretty easy.  There is no reason to push it at all for quite a while.

All in all, I’m pretty happy with how it went.  I do have some issues going on, but none of them seem to occur when I’m pedaling, which is a big relief.

I have a neurology appointment next Monday.   I’m hoping Dr. Nielsen isn’t reading this.  If so, I can assure her I am being very cautious.  Not only about falling, but general feeling.  But, so far, so good. 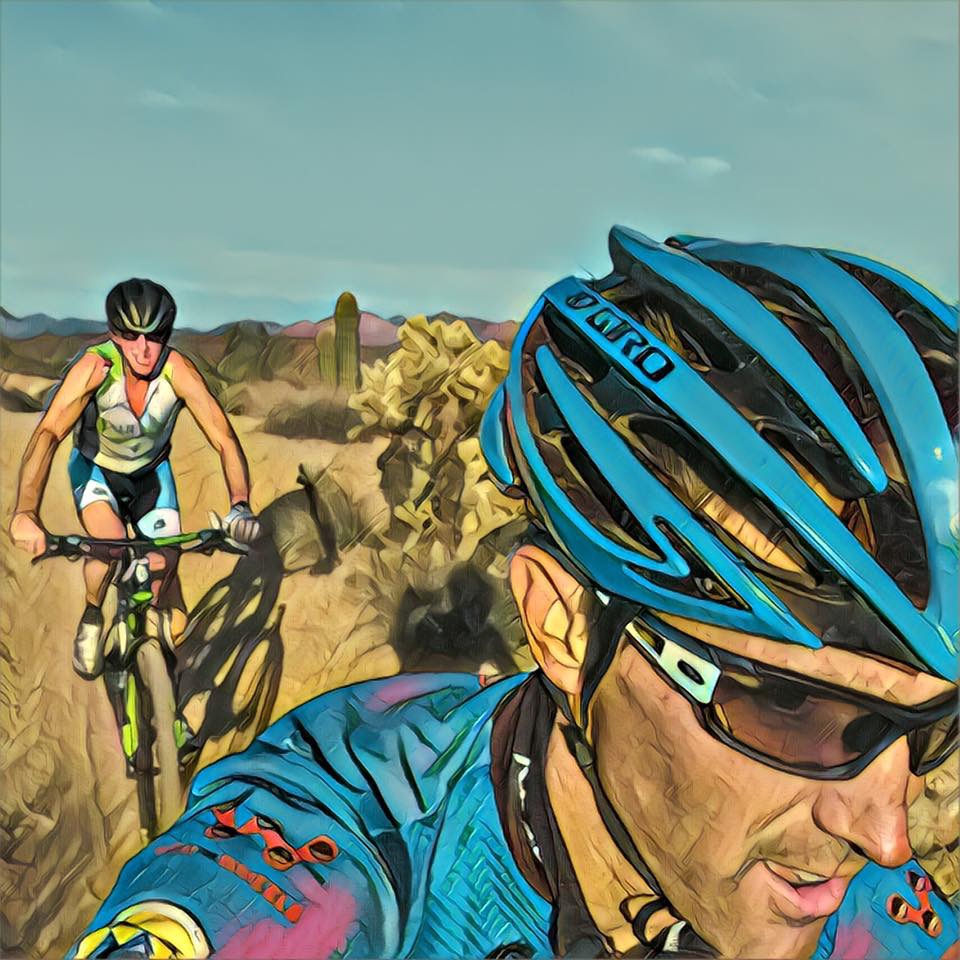 Vincent took this over his shoulder when we were riding off-road.  He obviously messed with it a little. 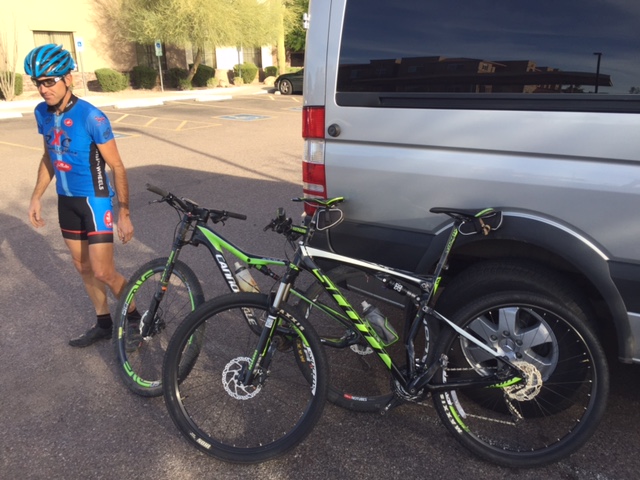 Vicnet and my borrowed bike. 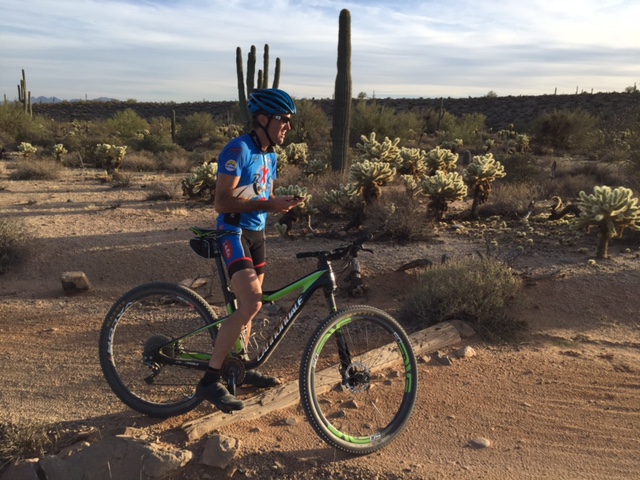 Vincent and cactus. There are a lot of them around here. 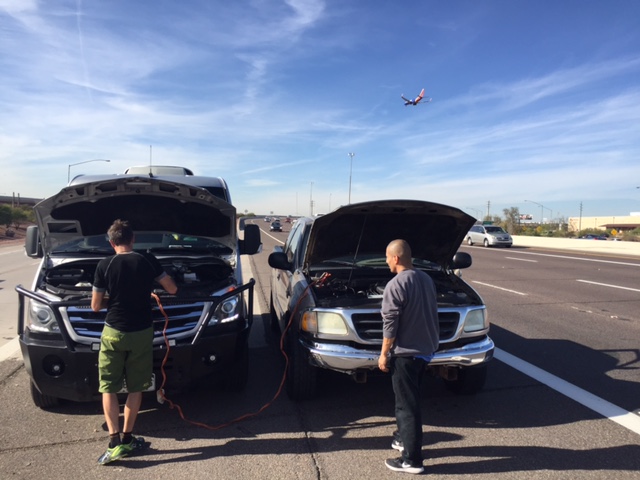 Vincent stopped on the highway yesterday to jump a couple guys in a pickup truck. It was kind of sketchy.