Yesterday I spent most of the day in Kansas City at KU Med.  I had appointments scheduled from 10 to 3, so it was always going to be a long-ish day.  At least for me, in my current broken state.  I didn’t really run out of energy until I got back into the car to do the hour plus drive back.

Anyway, everything went pretty well.  First I did a MRI on my neck.  If you haven’t done a MRI, it’s a trip.  Don’t do it if you don’t like being confined in a tube or loud noises.  Even though you are wearing headphones, the noise that a MRI makes is loud and weird.  I don’t mind it at all, so I actually fell asleep some.

When I got out of the MRI, the technician was a nice woman and, out of the blue, she asked me if I had used a shaman to address my broken skull issues.  I told her no, that I was sticking with conventional medicine as of now.  I asked her if there was one here at the hospital.  She said no.

Then I asked her if she knew one and she said no again.   So I asked here why she suggested a shaman and she said that another cyclists had done a MRI and that he felt his best improvement was by the use of a shaman.  I’ll stick with what I’m doing now, but keep the shaman deal for backup.

Anyway, after the MRI, I went to the spine area and did an EMG on my arms.  I’ve had some tingling issues with my hands since I cracked my skull, so they wanted to test the nerves to make sure that it wasn’t in my arms or neck.

Basically a EMG is being mildly electrocuted multiple times and recording how fast the electricity travels through the nerves.  I guess the number is approximately 50 meters a second. I’m sure that isn’t the measurement they use, but that is the average healthy speed.

After they shocked for a while, they took a 26 gauge needle and stuck it into a bunch of different muscles, from my forearms to my back.  I’d go for lots of MRI’s before I’d do that again.  Skip it if you have an option.

She gave me a pretty optimistic, upbeat report.  She was happy how things have been going the last two weeks since I saw her last.  I had a slew of questions to ask and she answered them easily, with good options.

She had already looked at the results from the MRI and say that I “have a beautiful neck”, which was nice.  She showed me a picture of it and that the  spacing between the vertebrae was perfect.  Plus, nothing was broken.  She said that my neck issues are muscle, not bone, which is always a good thing if you get to make a choice.

Anyway, I negotiated a little more exercise.  Actually, my exercise schedule is what I can handle. I’m going to up my max heart rate 10 beats every week or two for the next month.  I’ll keep doing that as long as I don’t feel any worse at all when I’d training.  No worse headache or dizziness.  Last night I rode an hour at 250 watts and felt alright.  My max heart rate is now around 130.

Okay, that was about it.  It is going to be a slow process, but I think I’m doing alright considering. I don’t have another doctor’s appointment until right before Christmas.  Dr. Nielsen told me that she classified my injury as a mild to moderate TBI, with complications.  I know that doesn’t sound that good, but considering how much worse it could have been, I’ll take it.

So, I’m not going to be racing anytime in the next few months.  I shouldn’t, or more accurately, can’t hit my head anytime soon.  And by soon, I mean for a few months.   I can ride outside when the majority of my symptoms are  gone.  So that means, way fewer headaches and little to no spinning. I think I can take care of the dizziness/vertigo deal the next couple weeks.  I’m thinking it is an ear issue, but it also could be some brain input too.  I’m hoping fixing the ears will do the trick.

Anyway, that is the report.  I’m sleeping somewhere between 5 and 6 hours now.  If my ears weren’t ringing, I could sleep more.  It is going to go away slowly, I’ve been told.  It already has.  I guess that is the speed of this whole ordeal.  I guess I’m lucky it’s November.  I’m not much on sitting around, but if I have to, then it should be over the winter I guess. 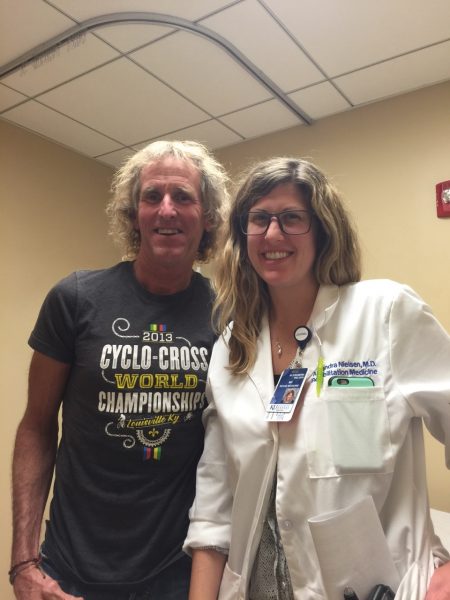 Dr. Nielsen and myself. 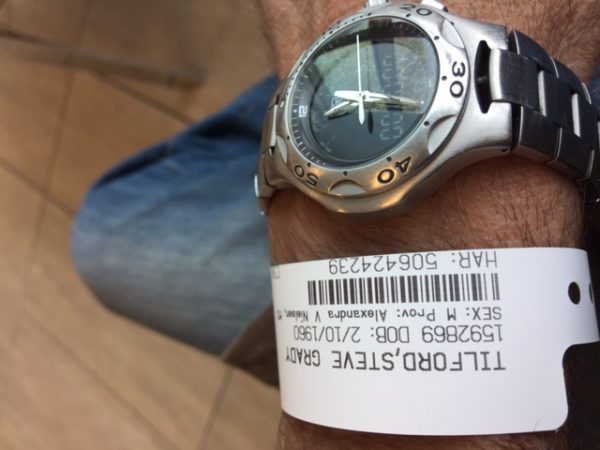 I’m not sure about doing outpatient stuff at a hospital and having to wear one of these. (Not the watch.) 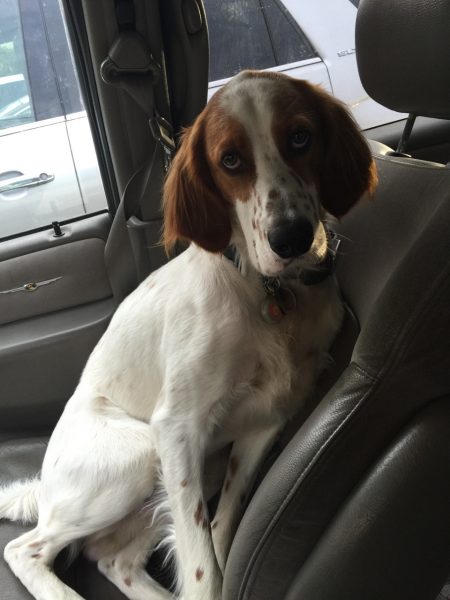 Tucker went yesterday and was a little mad he got left in the car.