Today Tucker is just one month from a year old.  He is still learning, but he is a great dog and true friend.  Tucker has made the last month so much more tolerable.  We’re hopefully going to take him and a few of his dog buddies out to the country today to let them run crazy through the fields.

I say I’m 4 weeks old because yesterday was 4 weeks since I crashed and fractured my skull. This past 4 weeks has been pretty strange.  Like maybe the strangest 4 weeks in my adult live.  I think I learned a bunch of stuff that I didn’t know about the human body that I never would have known, but the stuff I learned is only important to people not firing exactly right.  That is an understatement in many ways.

This past week I’ve been getting better.  A lot compared to the first three weeks.  I say that, but things are in turmoil enough, at least in flux, that it morphs on an hourly basis during the day.

Yesterday I woke up feeling the best I’d felt.  I wasn’t too dizzy and wasn’t much nauseated at all.  That was until about noon, then I started a slow descent.  By midnight, I wasn’t really able to lay horizontal to sleep, spinning like crazy anytime I got close to flat enough to sleep.  So, I didn’t sleep much compared to the last three nights.

This sleep thing is super important.  The more I can sleep, the better I’ve been feeling.  I think my head has really gotten closer to normal, but my ears are still so jacked up that the off-balance, spinning isn’t great.  The headaches aren’t nearly as bad as they were just 5 days ago. So if they keep improving like this past week, I should be alright sometime before Thanksgiving there.  Or at least Christmas.

Man, I write that and think, how can I be okay with that time frame.  Christmas is a month and a half away.  I think that is so long, but in the TBI time frame, it is pretty quick.  I haven’t really got that schedule totally absorbed.

I write all this, but this is just life.  I had a pretty bad crash and the results could had been much worse.  As usual, I feel lucky really.

On a sadder note here, I got contacted by my old Raleigh team mate, Mark Frise last night and he told me that his father, Bob, had passed away yesterday.

I’ve know Mr. Frise since I first started racing bikes.  Mark and Greg Demgen came down to Lawrence Kansas for the 2nd race I ever did.  They were riding for the Big 4, a trucking company that Mr. Frise owned.  I was only 14 and the last guy to stay with them.  The race was only 20 miles and about 10 miles in, they just said something and dropped me instantly.  I finished 3rd.

I raced against those two guys, along with Jeff Bradley, and a slew of other super talented young guys the next three years.  It was the reason I progressed.  Once Greg Lemond started hanging out in the midwest, it got just that much better.  There is no way I would have been nearly as good without this competition.

I went up to Lacrosse Wisconsin and stayed with Mark and his family a few times.  I’d never ridden my bike anywhere with such unbelievable climbs.  Mark and Greg Demgen took me out on rides that completely hooked me on the sport.  Greg Lemonds wife Kathy, is from Lacrosse too.  I saw her father, who was an allergy doctor, early in my career.

Mr. Frise always looked out for me.  He knew my situation and was super nice and helpful during those early years.  He took Mark and I up to Canada for the Tour de l’Abitibi, which Mark won overall.  My first trip out of the country to race my bike.  Actually, the first time I raced my bike over 2 days in a row.  I still have one of Mark’s leader’s jerseys from that race.  It is wool, of course.  Embroidered.  It is a jersey I cherish.

Mark’s dad mainly treated me like another one of his kids.   And his mom did the same.  She washed my clothes and fed me, which wasn’t an easy thing back in those days.   I was fortunate to have friends, then team mates, with such great parents.  It was the only way I got to progress to this point of my life.

I guess I’m to the age where my friend’s parents are close to the end of their lives.  It was an honor to have known Bob Frise.  I feel for Mark and his sisters and mother. Life is so unfair many times.

I’ll find some photos and post them later today. 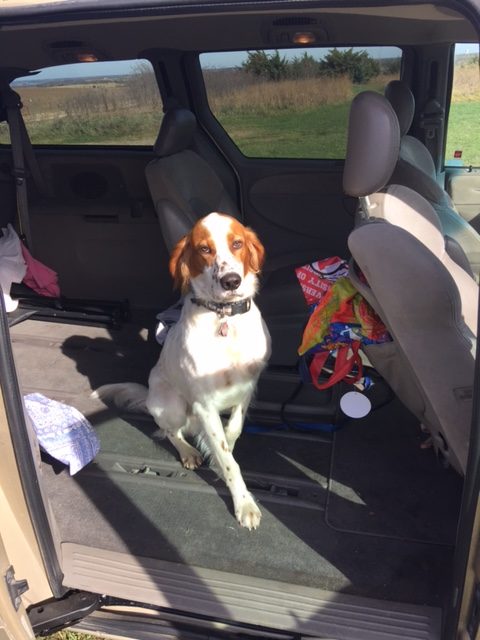 Tucker is super obedient most of the time. Here he is waiting to jump out of the van and run into the fields as fast as he can. 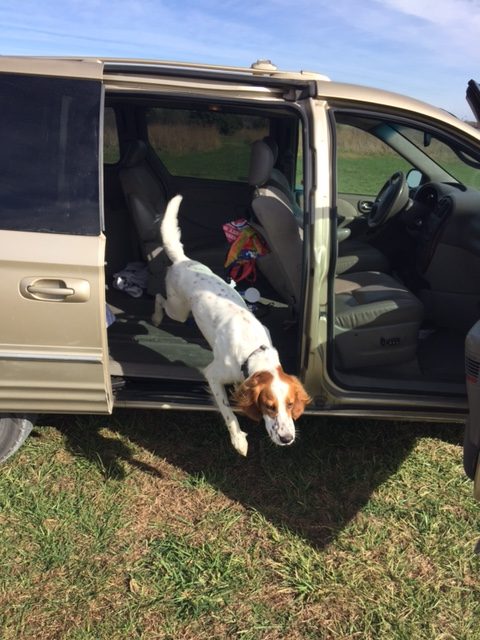 As soon as I say it’s okay, he jumps and is gone. 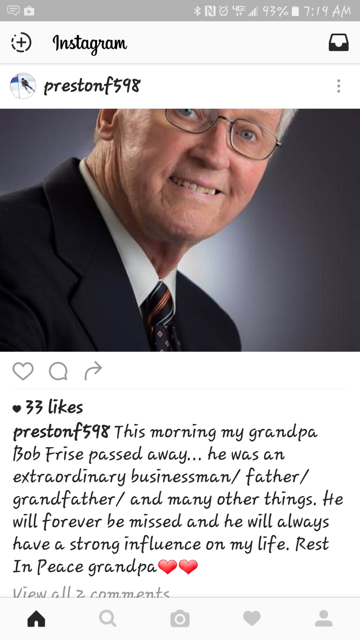 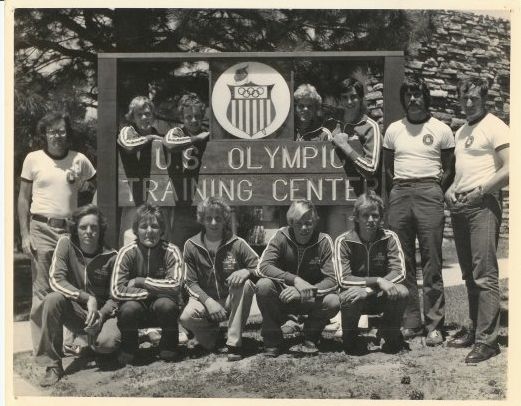