I guess if I was going to hit my head and be down for the count, then the middle of October would be as good of a month to do it as anytime during the year.  But now, nearly 3 weeks later, the progression of healing is going at a snail’s pace, if that, so I can’t be too thrilled about anything that is currently going on.

The last two nights I’ve slept close to 4 hours a night.  Pretty stellar increase in sleep time.  The only problem is that when I wake up, I’m pretty, like really, uncomfortable for at least an hour or more.  That is no matter what medication I take when I wake up.  It kind of makes the longer sleep session seem sort of questionable for improvement.

My insurance agent ended up calling my insurance for me and eventually she was told that they would pay.  But by then, I had no appointment scheduled at KU med, so I have another week of my current situation before I can see a real neurologist.  I do have an eye appointment tomorrow and an appointment with a neurosurgeon on Thursday, but those appointments are going to be busts.  I can’t really see very well out of my right eye and I’m hoping I don’t need any neurosurgery, so that should just be a last appointment deal, I hope.  If not, I guess I’ll be checking back into a hospital, which doesn’t really matter as of now.  It isn’t like I’m doing much else that would interrupt.

My hands have been kind of tingling, numb, since I was released from the hospital.  I think, at least from what I have read, that I have a neck issue.  Probably a disc problem in the upper neck.  It doesn’t feel like it, but I’m sort of like a bobble head right now, so my neck could be a lot worse than it feels.  I’m hoping the neurologist is the right person to see for this too.  If not, just another week or two of bullshit scheduling.  LIke I posted before, our healthcare system needs a complete overall.  This is from someone that supposedly has pretty good health insurance.  Maybe not as good as I thought, though.

I’m going to the police station today and get the police report of the “accident”.  I saw that there were a lots of cops standing around when they were loading me into the ambulance, so I figured there must have been a report.  I’m interested in what it says.  My riding buddies didn’t have any interaction with the cops, so I’m guessing it is pretty basic.  Plus I signed up for an electronic medical record to try to get access to the CT scans and such.  Seems like it is hard to access too.  I don’t need it until next Monday now, so I have a few days to try to learn how to use it, which I’m sure it will take.

Okay, there a some cyclocross races to watch just about now.  I guess Trek is making the live streaming available to North America.  That is pretty nice of them.  I haven’t really been able to look at my computer for more than 15 minutes at a time, so maybe I’m not going to enjoy it nearly as much as I’m hoping.

These days are so long, going so slowly, that I’m so happy when I wake up in the morning, no matter whether it is 2 am or 5.  If I could just get a couple more hours sleep during the day, I’m thinking the whole process would be moving more closely to a speed I’d like.

Right now it is nearly the most frustrating injury I’ve ever had.  And I’ve had a ton of cycling related injuries over the years.  This has to change speed pretty soon.  Either that or I need to change my mindset.  Probably a little of both is going to be the end result.

Stacie sent me some gifts from Amazon yesterday.  Some audio books on tape and a full oil color painting set, with canvasses.  I’m not a very good artist.  I can be sometimes, like I get lucky, but in reality, I am not very good at drawing real life scenes.  Maybe that will change.  I need to try something new.  This is going a longer process than I’d ever imagined.

I guess I’m lucky in is only the first of November.  Rabbit, rabbit. 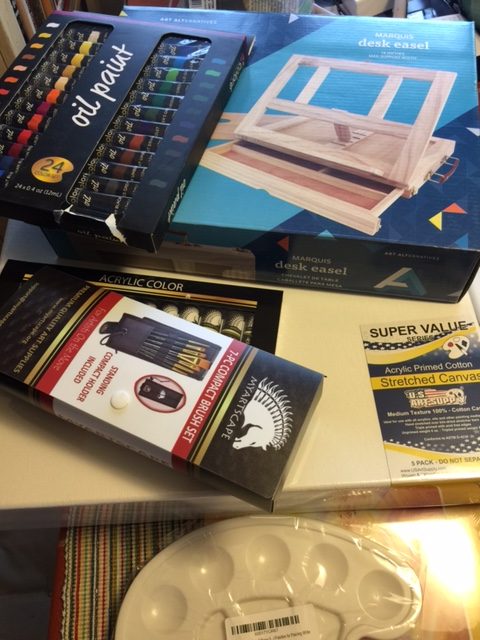 My new painting set. It’s isn’t paint by numbers. It might take a while to get this down. I think I have time. 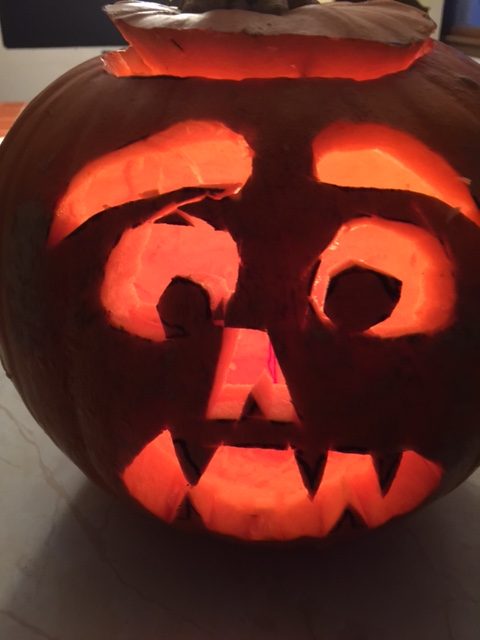 I decided to carve a pumpkin when everyone went on the gravel night ride. It was a bit primitive. 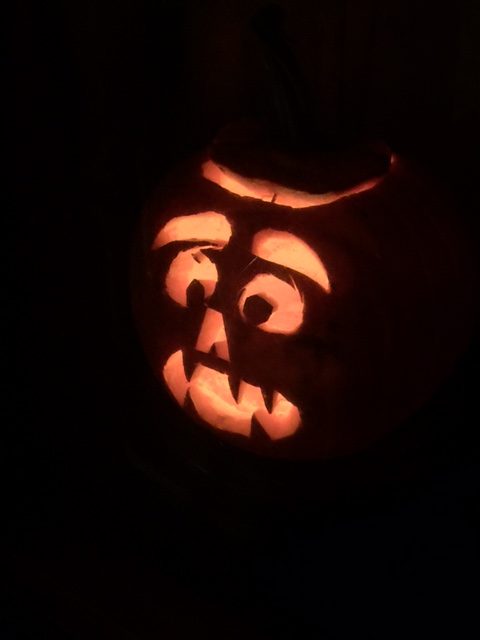 I put it in the front window and only two trick or treaters showed up all night. That is an all time record low. I’ve lived here since I was in junior high. Seems like Halloween is pretty much over in my neighborhood. Boo on that. It really is a pretty good holiday for kids.