It about time.  I am having a hard time trying to come to terms with the movement of time recently.  It’s been 2 1/2 weeks since I wacked my head on the pavement and sometimes it seems like it has been months and other times just a few days.  Closing upon 3 weeks isn’t a time frame that seems correct.

Last night I set a sleep record since the injury.  I slept for over 5 hours.  It took me taking a valium before going to bed.  I had been avoiding that.  I’m not big into medicine in lots of ways and adding more medicine to the regiment I’m already on doesn’t sit that great with me.  But I did sleep more than I have than the last week total, so I better just take it   All this being said, I feel miserable at the present moment.  I should be better within the next 30 minutes if today is the same as it has been.

It has been a great October temperature-wise.  Yesterday it was pretty cool, hardly into the 60’s, but today it is supposed to be back into the 80’s again.  Pretty weird weather when it is in the 80’s at the first of November.  I don’t go outside that much, so am kind of just soaking it up through all the windows in the house being open.  It feels great.

Trudi is from Chicago, so obviously pretty deep into the World Series.  I can’t watch TV for that long, so I just kind of watch an inning or two, then rest a bit, then watch again.  I don’t think the Cubs are going to win the World Series, but at least they get to play another game this week.   But it is baseball, which does have quirky results many times.

I’m trying to go see a neurologist at KU med sometime today, tomorrow or as soon as possible. I don’t have an appointment until Thursday, so Kansas City is my best chance of moving that up. I need to see a doctor, so hopefully it will work out.  Man, medicine is jacked up.

Just over a week until the presidential election.  I’m pretty much done with it.  As far as I’m concerned, our country has reached a new low for this, so the contentious selection isn’t really that surprising.  It is embarrassing on multiple levels.  It will get worse this week.  Crazy.

Halloween is one of those holidays I try to not think about too much.  When I was a kid, I loved it.  Nothing like getting a stock pile of free candy.  Now, our society has become so scared for our children it has really changed the make-up of the holiday.

I live is a pretty okay neighborhood in Topeka, but we don’t get many trick-or-treaters.  And everyone we do get, their parents are walking with them, usually waiting at the curb.  That wouldn’t have worked so well with me when I was a kid.  Most of the attraction of the night was exploring the surrounding neighborhood with friends, not parents.

I wish society would understand that we really do a pretty good job of looking out for all our children and in reality, we don’t poison kids on Halloween.  Halloween is really for kids, but we’ve become so continually concerned, we’ve ruined it on multiple levels.  We just don’t get it.

Okay, I’m past my time limit of computer time.  Wish me luck today on doctor’s visits.  I think I’m going to need it.  Like I said above, our medical system could use a lot of tender loving care that it’s not getting currently. 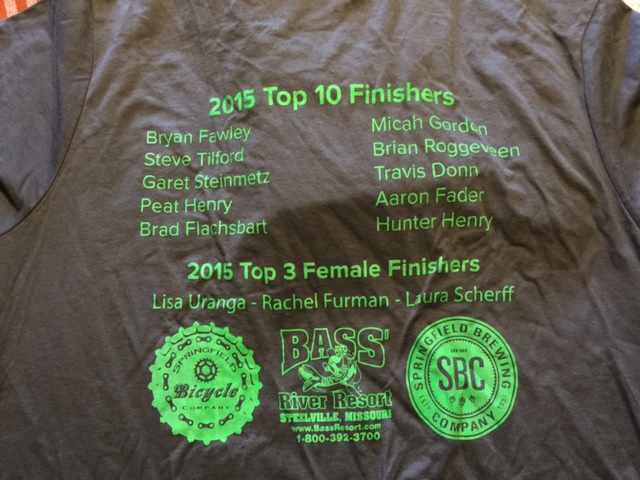 The guys at the BT Epic gave some of my local guys at t-shirt from last weekend. I missed doing that race. It is a super event. Next year. 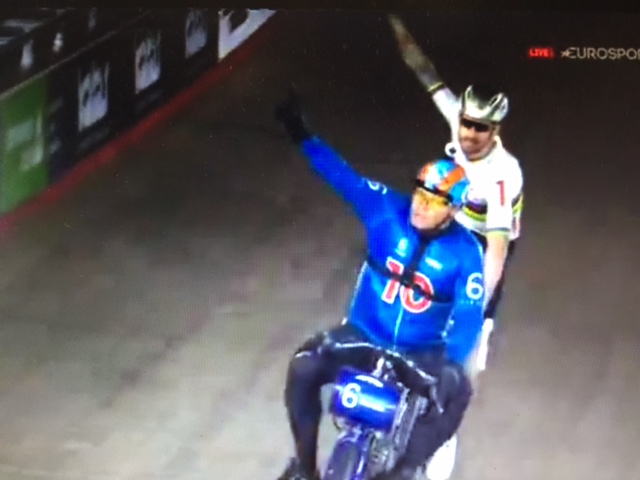 I watched some of the London 6-day yesterday. It was pretty cool seeing my old team mate, Michael Vaartens drive the derny for Wiggins and Cavendish. They won that race, but lost the overall at the very end. I haven’t seen Michael for a long time. I need to fix that. 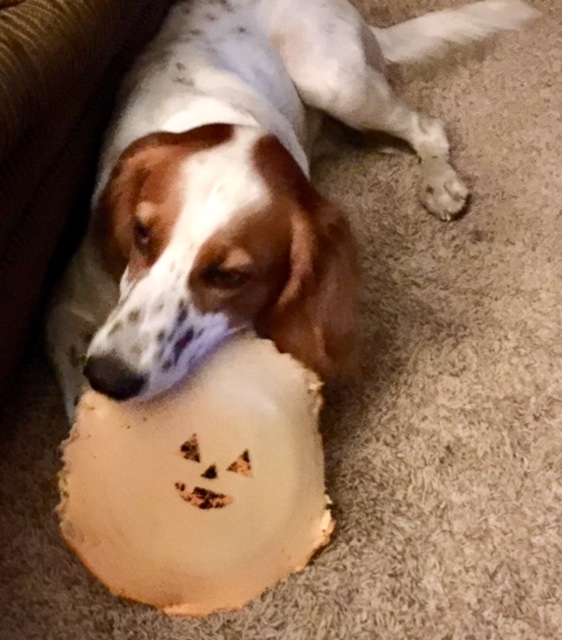 Tucker likes to rip up most of his toys. I gave him this frisbee yesterday. It is short for this world.