I really haven’t been using a computer or my phone much the past week or so.  I’m having crazy severe headaches, which makes reading things pretty undoable.  I can only hope that this whole thing clears up quicker than slower.

I guess the deal is that my skull is cracked pretty good.  Good enough that there is a fair amount of swelling that makes a day super long and painful.  I haven’t done a CT scan for since late last week, so this week I should find out if maybe things are getting better.   Because this headache thing is pretty debilitating.  Like I’m not really sleeping at all and just lay around with a crazy pain just about everywhere in my head.

I hope to eventually go and read all the emails and texts, etc. I’ve received the last week.  I have over 700 emails now, but can’t really put much effort into trying to read them.  I’ve got a ton of texts too.  Lance sent me a text, which was pretty surprising.  I don’t really answer any, but plan to in just a bit.

I was planing on going out to LA and do the Donut Ride last Saturday, along with the South Bay Award Ceremony that Seth puts on.  That didn’t happen.  I guess I’m not supposed to ride my bike for at least 4 weeks, maybe 8.  Man, that seems like forever, but it has been 10 days so far and I’m still at square one, so 4 weeks might come along pretty quickly.

I’m taking a bunch of different medicine.  Anti seizure medicine, pain pills, stool softeners, you name it, I’m taking it.  And it really isn’t working nearly as well as I had hoped.  Hopefully when the swelling get less, these headaches will go away and everything will seem much better.  Until then, I’m just going through a day an hour at a time.  I really haven’t slept in a week, which is getting pretty old.  Hopefully this will all change pretty quick and I can sleep all day and night and get feeling better quickly.

Okay, this is about all I can write this morning.  I’ll try to post more often, when things gets feeling just a tad better. 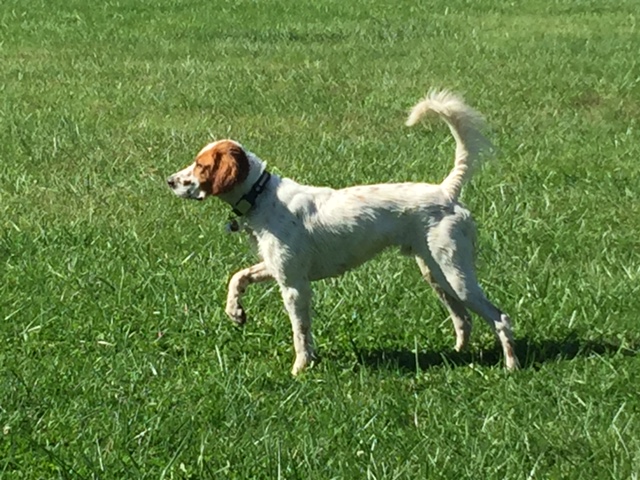 Tucker has been super. He has been just hanging with me, waiting until I feel better.