Okay, pictures probably sum up my race better than too many words.  I had low expectations, that I was exceeding, but the bike gods weren’t happy with me for some reason.

I picked a lousy start number and only a few guys had worse.  But, no one was really that excited at the back of the field and I rolled up a couple rows to chat with Bjorn Selander since we were lined up so early.

The course was pretty awful.  Like very sticky, clogging mud.  It had been that way most of the day, but was getting worse as it dried out.  Lots of running, even when it was just flat.  I wasn’t at all motivated for that.  I haven’t ran a step since Jinglecross last year really.

But, I didn’t run that badly.  We dismounted about 400 meters into the race and did a 100 meter mud slog and I was alright.  I actually passed a couple guys.  Then we had to go up Mt. Crumpet, which was a surprise to pretty much the whole back row.  It wasn’t marked during the pre-ride, which I didn’t do.  I didn’t get into the mud until about 100 meters into the race.

Anyway, I jogged past a few more guys going up the climb and had moved up close to the top 20, start number 58, skipping some numbers, so I’d passed maybe half the field.  And I wasn’t gassed, which surprised me.

Anyway, going down the descent, into the sandpit, I was seated pedalling and hit a small bump.  I heard my seatpost make a bad noise and realized it broke.  It stayed on a 100 meters and then the seat and seatpost fell off into the mud.  I was thinking how hard it was going to be to ride in this deep mud off my seat.

I only had a few hundred meters to go to the pit, which was lucky.  I got back on my A bike, I’d already switched 1/2 a lap in and was passing guys still.  Be just after the barriers, just a bit after the pit, I heard a horrible noise and my rear derailleur was gone.  I stood there a second, thinking how far I’d have to run to get back to the pit and realized it would be more than a kilometer.

So, I just walked back to a course crossing and made my way back to the pit.  Done.

I don’t know why I had a Easton Carbon post on my bike.  Well, that isn’t true.  I had no seat on my B bike when I was working on it, so I just pulled the seat and seatpost off an old cross bike to put it in the stand.  I meant to put an Eriksen post on, but sort of forgot about it with all the stuff going on.  What a mistake.

The derailleur thing was not that unusual.  I don’t know how many people I’d seen without derailleurs.  Out of the 4 people racing from the Topeka area, 3 of us ripped off rear derailleurs.  There are 100’s gone.  That isn’t an exaggeration.

Okay, the World Cup is this afternoon.  I’ve pieced my bikes back together.  I put the Eriksen ti post on that should have been there originally.  I had a Di2 rear derailleur plus a wire, which was destroyed.  Plus the dropout, which I had.  I didn’t have an 11 speed chain for some reason. Man, do you have to carry around a lot of stuff for cyclocross.  I’m going over to the venue to hopepully get a chain from Shimano.  So, my bikes should be in working order for tomorrow’s C1 race.

There are so many people here.  LIke 10’s of thousands.  The parking is so far away.  It is great.  Maybe better than Worlds in Louisville.  I think the course is going to dry up some before the races later this afternoon.  It should be good to watch.  Alright, need to go for a ride.

Here are some of the pictures that described my race last night. 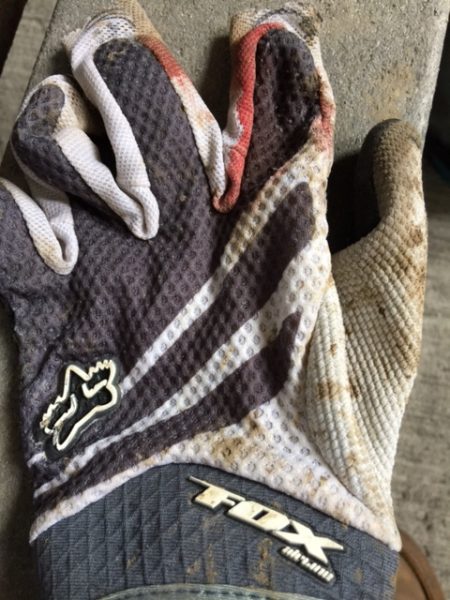 This one photo might sum up the race the best. 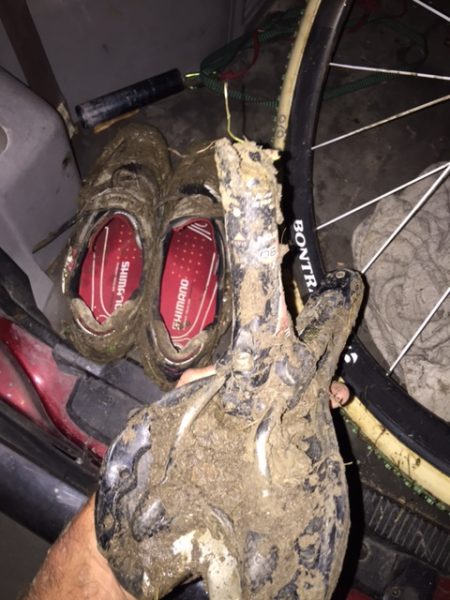 Or this. Trudi went back over to the course where The seat broke off and just happened to see a small piece of the seat sticking out of the mud. 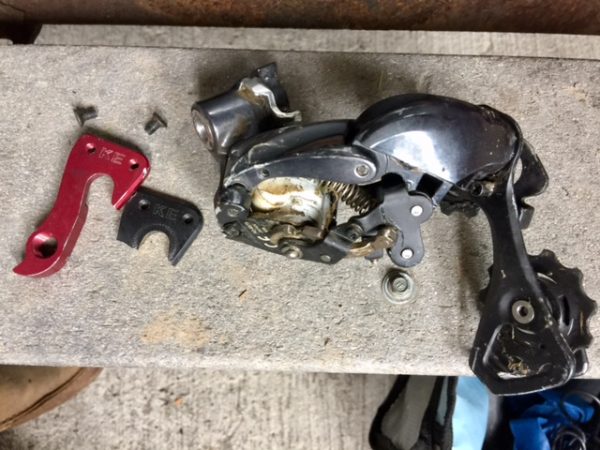 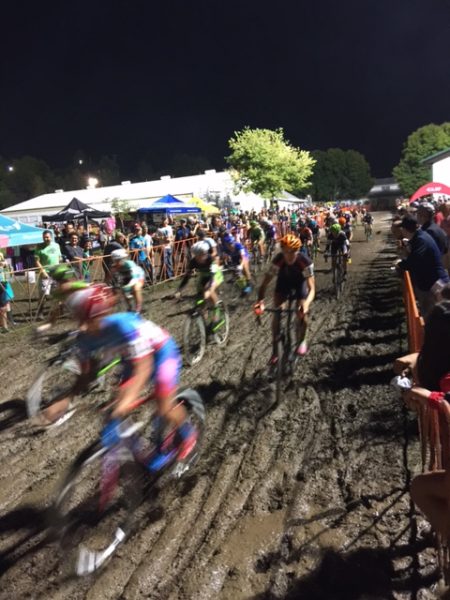 The women’s race start. This was the best part of the course. The fastest. 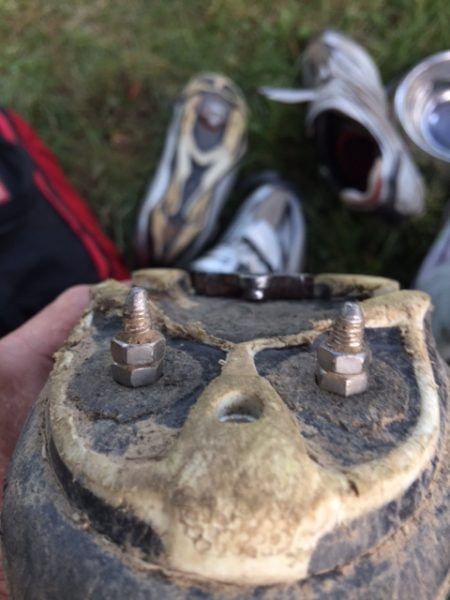 I put in spikes when I heard we were slogging up the hill. I knew we couldn’t ride it. 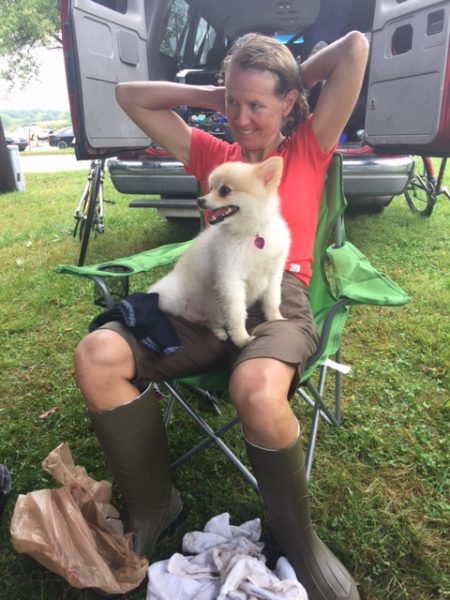 Catherine and their dog, Jason, after her race.