I’m not sure what many or most of the big cross races in the US tend to have terrible weather when they occur.  The two times they held Nationals in Kansas City, it was bad.  The Worlds in Louisville had to be moved up a day because the course was going to be flooded and now the World Cup in Iowa CIty.

It has rained so much here in Eastern Iowa, they are asking for volunteers to help fill sandbags. While driving here from Cable Wisconsin yesterday, there were whole valleys that had completely be underwater the day before.  It is amazing.  And it hasn’t stopped.

Yesterday it rained maybe an inch or two in less than an hour.  It was a typhoon.  And it started again in the middle of the night and now it is nearly 9 am and it is still raining.  The races start today at 9, so it is going to be a sloppy, mucky mess for many riders.

Then, it is supposed to heat up.  The high tomorrow for the World Cup is supposed to be in the upper 80’s.  Man, those Euro guys are going to hate that.  Not that it will stop them from sweeping the top 15 places.

There is a lot of relief in the course here.  Mt Krumpet it is called and there are lots of ways to get up and down the thing.  Up it usually involves some running.  Down, bravery or your butt.  There is so much ribbon on this course it is impossible to tell what course is what.  It is supposed to stop raining after noon, so I’m going to wait until the UCI pre-ride at 5 to go out on the course.   The race is at 9 pm tonight.

I won Jinglecross the 2nd year they held the event.  My friend, Shadd Smith won the first one I believe.  Shadd was third the 2nd year, behind me and Jason McCartney.  Jason was already a professional road rider and went on to a long European road career.   He is leading a gravel road fondo here tomorrow morning.

The course has so much tape and looks so professional.  They really did an amazing job transforming the Iowa CIty Fairgrounds into a World Cup.  John Meehan is amazing.

Personally, I haven’t really clipped in for any type of cross since I fell at Nationals last January. Of course I’ve ridden the bike a ton, but not a step of running, mounting or dismounting.  But, you have to start somewhere.  It is going to be a blast.  Cross, at night under the lights, with 1000’s of screaming fans is very, very hard to beat.

I’m only hoping that they keep the race flatter tonight, without a crazy amount of running in mud.  If that occurs, I will be hobbled for Sunday’s UCI, which is way more important.  Either way, I’m not going to survive the 80% rule.

Okay, I need to wonder downtown Iowa CIty some and find some breakfast.  It is a fun college town with a lot going on.  It still isn’t too late to jump into a car and watch the best riders in the World ride around on grass/mud, late tomorrow afternoon.  It is going to be a zoo. 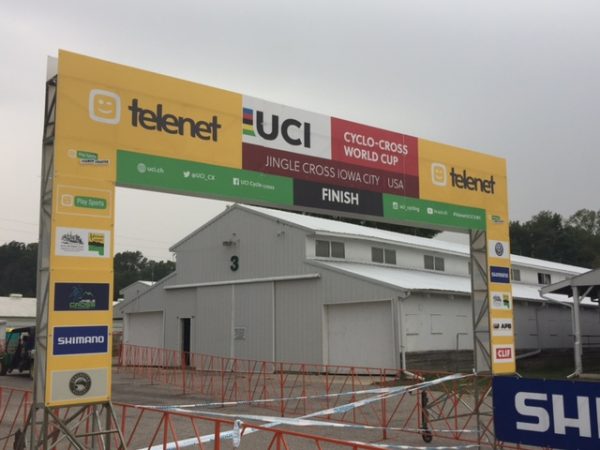 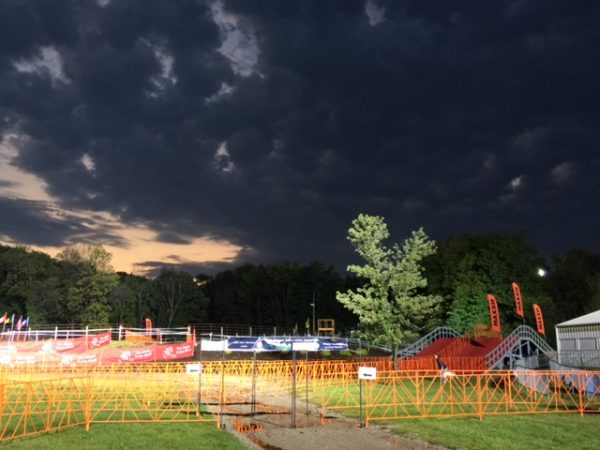 A break in the weather last night. The course looks awesome under the lights. 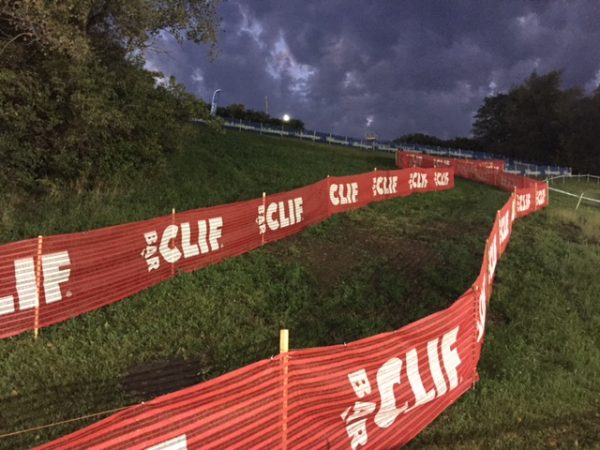 This off-camber section is treacherous in the mud. 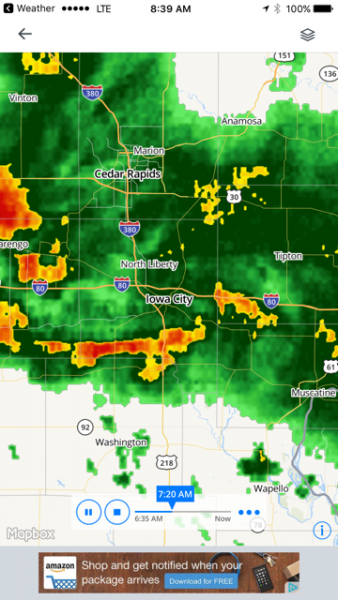 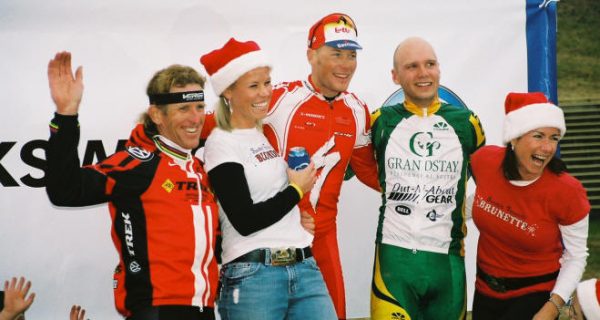 A podium with Chris Horner and Doug Swanson. I’ve been on the podium a ton of times, but only won once. 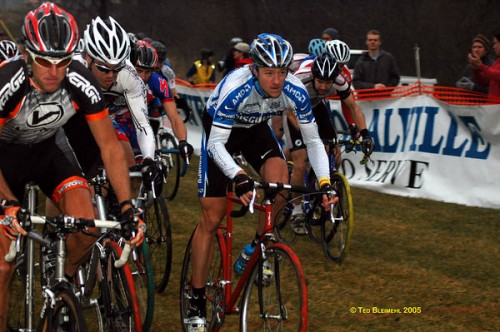 Me and Jason McCartney a long time ago.

15 thoughts on “US Cyclocross – A Weather Magnet”