I just read last night, when I got back from St. Louis, that Danny Chew,  RAAM winner and all around good guy, fell yesterday and broke his back and is now paralyzed from the waist down. What a tragedy.

I’ve known Danny for a very long time.  Since he was a teenager, and me nearly too.  His brother Tom and I rode together, on a composite team, in the first Coors’ Classic I did.  We were sponsored by Anchor Steam Beer.  The Chew’s, Tom, Danny and their father, drove through Topeka and picked me up on their way to Colorado.  We trained in Aspen for a week before the race.

Danny has always danced to his own beat.  I only saw him every few years recently.  Actually, I don’t think I’ve seen him that recently.  I last time I remember seeing him was at Interbike. Wow, that was a while ago.

Danny promotes a race/ride in Pittsburg call the Dirty Dozen.  I watched a video on it  (below) and put it on my bucket list right after.  It looks like a blast.

Danny is in the hospital and his injury is early to diagnose.  But he has some broken vertebra and is missing feeling in his legs.  Danny has a lifetime goal of riding 1,000,000 miles.  It is rumored that he said  – “I’ll just have to finish my million miles on a hand cycle. So be it.”

Danny’s friends sent up a crowd funding site to help cover some of the costs of the excess medical bills, which, for sure, are going to be huge.  Click here for the link if you think you be able help out. 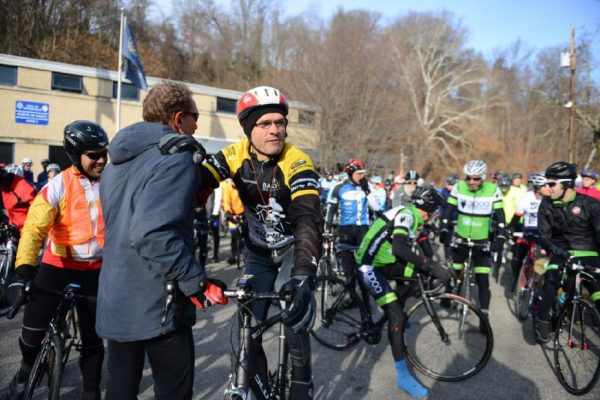 Danny, with his whistle, ready for the start of the Dirty Dozen. 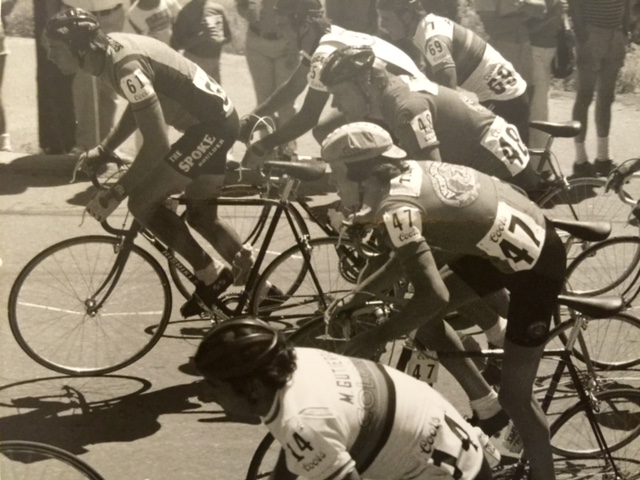