I graduated high school early.  I decided, after about a semester of high school, that it really wasn’t for me, so I started cramming extra classes, taking classes during lunch, etc. to leave early.  I already knew that I wanted to race bikes and, for some reason, I guess, I thought I needed to graduate high school first.

My brother and I decided that we should go down to Tucson Arizona to train during the winter. I’m not sure why we picked Tucson instead of Austin or some warmer place closer, but Tucson was it.

We left Topeka with virtually no money.  We thought we had enough money to live for 3 months, but the housing prices in Tucson was more than double that of Topeka.  We had sticker shock.

We’d driven my 1964 VW pickup truck there.  The rear tires were so bald that you could see the plys.  We had a Sierra Designs two person tent sent up in the back that we could sleep in.  It was set up when we were driving and one of us would sleep in the back, the tent flapping in the wind, while we drove.  It was pretty cold.

We got stuck in a terrible ice storm in New Mexico.  The pickup built up thousands of pounds of ice which slowed it down immensely.  It wouldn’t hardly got 60 mph, but with ice build up from the bottom to the ground, it couldn’t manage 50.  That was probably a good thing.  We ended up spending a night in a hotel, a Motel 6 (when Motel 6’s cost $6), the only hotel night the whole trip.

As I said, it was too expensive to rent somewhere.  We didn’t have enough money.  We were trying to find a room to rent from someone, but didn’t have much luck.

We were mostly camping up on Mt. Lemmon.  Sometimes we would go to the University library, which was open all night, and find a couch, out of the way, and just sleep there, pretending we were students that had just fallen asleep while studying.  Then, in the morning, we’d go to the gym and shower in the locker rooms.

We got a fair amount of riding in.  The desert was so foreign to kids from Kansas, so it was always really interesting.

It all went south after a couple weeks.  We were camping up on Mt. Lemmon, sleeping in the tent.  We had our bikes locked to the bumper of the VW.  I guess the cable was too short to go through our fronts wheels, because they weren’t locked.  When we woke up in the morning, our front wheels were gone.  We only had one set of wheels each, so it made it pretty impossible to ride.

We drove into town to go to a shop to try to find some cheap parts to build up some new wheels.  Higher end race wheels weren’t pre-built then, you had to buy all the parts separately and build them up.  We stopped and bought a cheese sandwich with guacamole.    We were vegetarian back then.  The guacamole must have been bad because right after we ate it, we both were super ill.  Food poisoning.

Sometime, while recovering from the food poisoning, we both agreed that we needed to head home.  We were out of money, we couldn’t ride our bikes, and we figured we just had enough money to pay for the gas home.  So we started up the VW and drove home without stopping.

I don’t really have many good memories from that trip, even though it was pretty much my first real cycling road trip.  That is strange because time usually makes you forget the bad and only remember the good.  Maybe there wasn’t that much good?  Anyway, something must have went right, because I got the travel bug, plus the bike racing “disease”.   And neither have been cured.  Funny how life works out.

I’d like to go back to Tucson and do the Tour de Tucson.  That race has always been on my list, but it has never worked out.  Maybe this year. 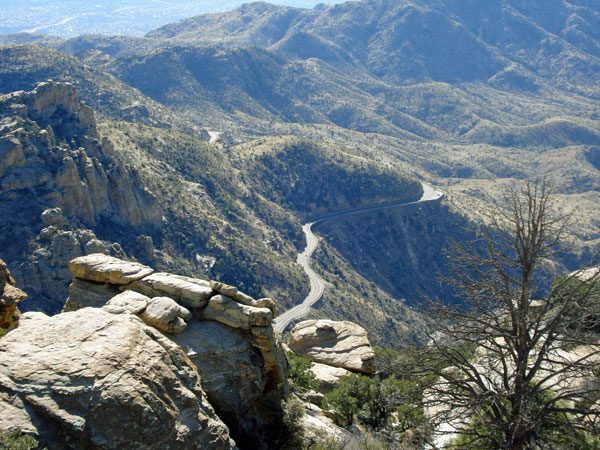 I’ve ridden Mt. Lemmon since. Back then I might have had only a 19 in the rear, with a 42 small front ring. It was probably a little hard. 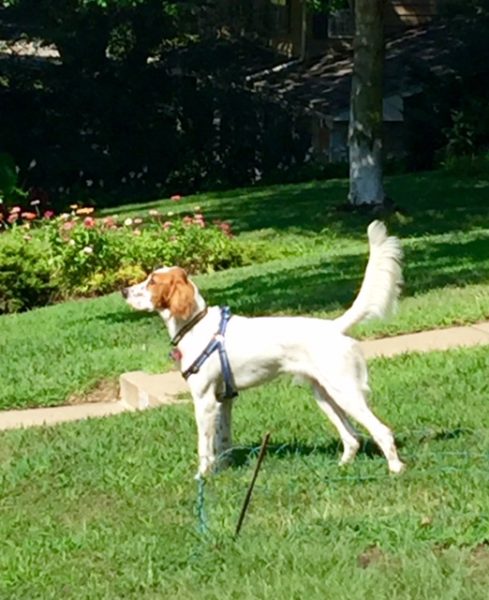 9 thoughts on “Training in Tucson – A taste of travel”