I eat a fair amount of honey.  I always have.  I think I “got into” honey back when I was a teenager and a vegetarian.  Back then, my brother and I went through a ton of honey. That and molasses.  We used to make whole wheat pancakes nearly everyday and cover them with molasses.  I don’t eat much molasses anymore.

I think that honey is good for you.  I’m not sure why I think that.  I really haven’t read anything about how honey is an antioxidant or anything.  I just feel better when I eat honey.

Kris and I once bought a 5 gallon tin of honey from our friend, Mike Hudson’s uncle.  I’m not sure how many pounds of honey that is, but it was super heavy.  I’m guessing it weighed somewhere around 50-60 pounds.  It took us a while to get through that in.  It crystallized and we had to reheat it over and over again to get it out.  It probably lasted about a year, which is sort of unbelievable considering how much honey we ate.  If my weight guess is close, that is nearly a pound a week.  It doesn’t seem like that much, but taking into account that is every week or the year, it was a lot.

I am kind of a honey snob.  All honey tastes a little different.  I’m not a snob enough to know what flowers the bees use to make the honey taste better.  I just like to try a ton of local honey, then when I find it, I try to stick with it.  It is funny how the better honey always costs the most.

I would like to have my own bees and make my own honey.  My friend Jeff Unruh, from Topeka ,has some bees and sometimes gives me some for Christmas.  It is so good.  A friend sent me an email and told me that each bee produces 1/12 of a teaspoon of honey in its lifetime.  Man, it takes a lot of bees to make a pound of honey.

Anyway, I’ve been eating lots of honey recently.  I put it on just about everything.   I think that anything that doesn’t spoil on its own has to have some special properties.  I hope so because I eat a ton of it. 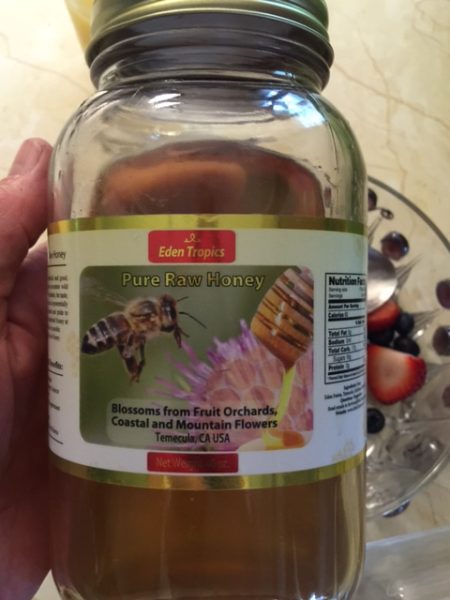 This is my favorite honey right now. You can order it online. It is a little pricey. 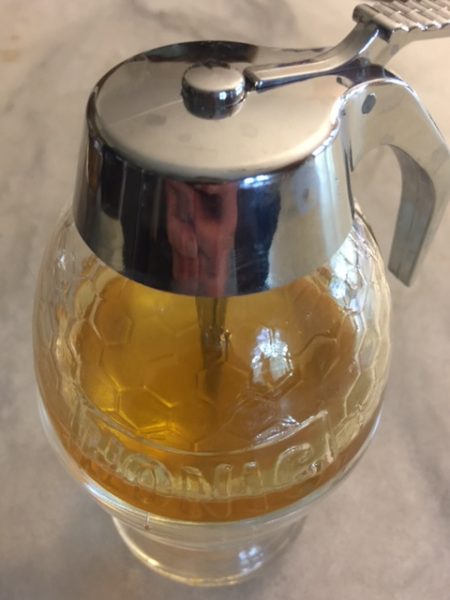 I pulled out this that had been kicking around the house forever. We got it in Europe. It is a little messy, but sort of fun to use. 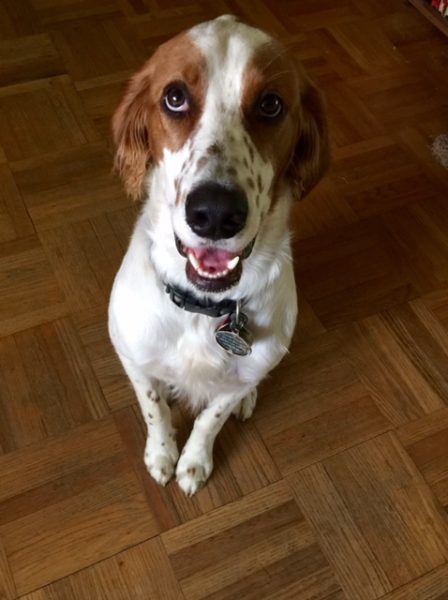 Tucker is acting all good, trying to entice me into taking him somewhere.