I was texting Pat Lemieux yesterday, after his wife, Gwen Jorgensen, won the triathlon yesterday. I told him that I thought it was crazy how their “destiny” can be changed so drastically from the results of one sporting event.  It almost doesn’t seem right, but for sure, it is true.

I personally don’t know that many people that have won the Olympics.  Nearly everyone I know that has a Olympic medal is a cyclist.  Well, that isn’t exactly true.  I do know Michellie Jones, who won a silver medal in triathlon in Sydney.  I felt bad for her, losing that race by just a couple seconds.

Of course I know all the people that won medals in Los Angeles.  We had 4 riders on our Levis team that won medals.   Those were Connie Carpenter, that won the women’s road race, Steve Hegg, Gold in pursuit, Nelson Vails, SIlver in Sprint, then Roy Knickman, who won bronze in TTT. There were lots of other medals won by American riders too, with Mark Gorski, etc.

But I’m not sure that I actually held a medal other than Roy’s bronze. Roy used to have a glass medal vase and all his medals were just in there.  You could stick you hand into the vase and pull a medal out and it would always be amazing.  Junior World Championship medal, National Championship medal, Olympic medal.  It is crazy his career results.   I must have seen Steve Hegg’s medal, but I can’t remember holding it.  Same with Nelson’s medal.

Like I said above, an Olympic medal is a life changing deal.  Especially a Gold medal.  Gwen will be defined from now on by being an Olympic Champion.  It isn’t a bad thing.   It is funny how just one race is more important than all the rest of the races she has won, combined.  This one result will open doors that would normally be closed to normal folks.  Closed, locked, key thrown away to us.  That is the way the world works.

I have told a ton of people, that if I were super rich, I would collect Olympic medals.  I’d try to collect three medals, Gold, Silver, Bronze, from each Olympic games since their conception. Back when the Iron Curtain was up, those medals would have been a lot cheaper.  Now they are pretty pricey.  I check on eBay every once in a while and see the random Olympic bronze medal out there.  Like a Cuban baseball medal or something.  They are usually pretty beat, no ribbon, scratched up and cost somewhere over 15K.

Anyway, I hope to see Gwen’s medal sometime soon.  Pat said Gwen’s season is most likely over now.  I bet not, but wouldn’t put money on it.  I hope it is.  Then I’ll get to ride some with Pat. They both deserve some rest.  They have put so much effort and time into yesterday, I’m sure it felt as much as a relief as an accomplishment. 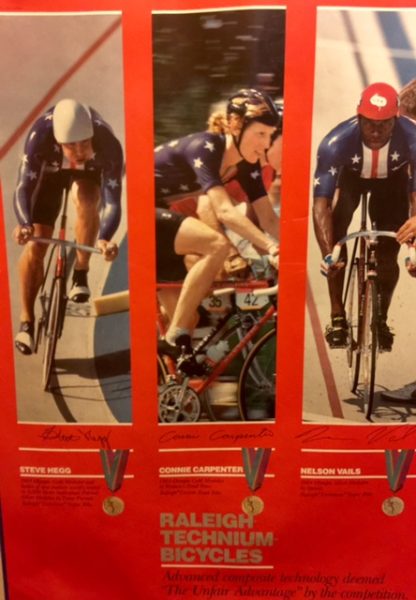 I have this poster in the stairway going to my basement. 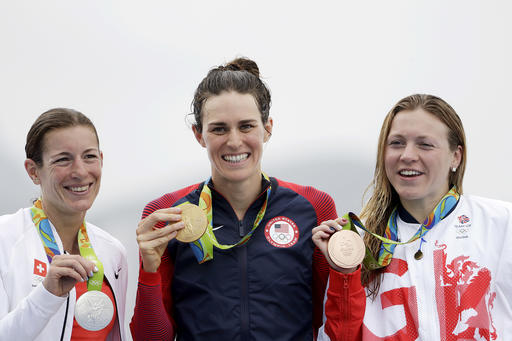 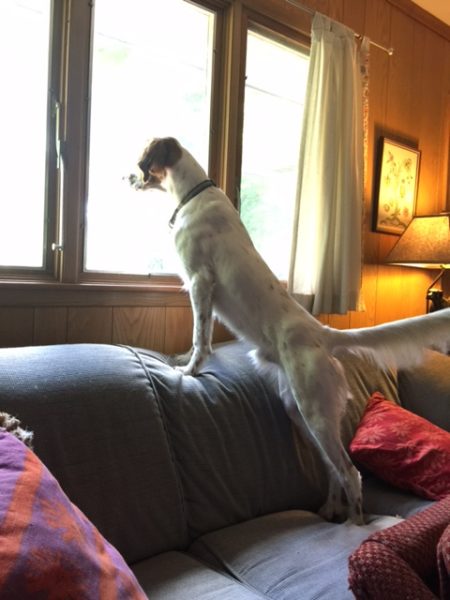