The other day when I was riding from Silverthorne over to Leadville on trails I was thinking a little about why I felt a little out of sorts.  I decided that I was apprehensive about doing the ride alone.  I knew I was riding on trails, that after I got pretty far up, like above 12000 feet, that I most likely wouldn’t see anyone.

It bothered me that it bothered me.  The trails were pretty technical and there was a chance that I could fall, or have a mechanical, and be in trouble. Cell phone didn’t work, so that wouldn’t have been an option.

I do a ton of stuff on my own.  Sort of dangerous stuff that I feel that I’m competent and responsible enough to complete.  But shit happens.

About half way through the ride, I heard a loud noise, like metal hitting a rock and knew instantly that something fell out of my tire bag behind my seat.  I stopped and the bag was open, missing two quick-fils, plus my multi-tool.  I found one of the CO2 cartridges, that was the noise on the rock.  But no multi-tool.

I hadn’t used that tool on a ride since I had been riding in Colorado, probably close to 30 hours. But for some weird reason, I couldn’t stop worrying that I was going to be left stranded because I didn’t have an allen key or spoke wrench to fix something.

Like I said above, I was bothered again.  It stayed in the back of my mind until I got down to a road and into cell range.

Why worry about something out of your control?  I used to not.  It must be an aging deal.  I’ve noticed that older people tend to worry about more things than younger folks.  That is pretty well documented.  I just never put myself in that category.  I might have to rethink it some.

I do know I have no desire living my life worrying about bad possible outcomes.  Especially when it comes to riding my bike.  There are too many variables to try to control all of the situations that arise while out riding.  Worrying about the ones out of my control would make the experience much less enjoyable. 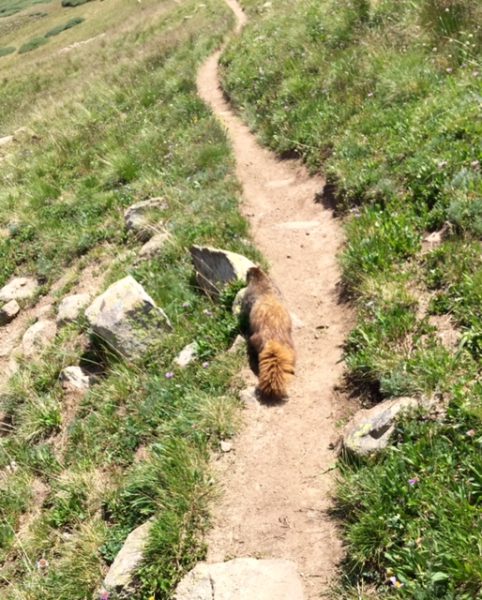 This little guy was on the Colorado Trail up near Kokomo Pass. I had been told to look out for him. He must be famous. I bet he just hangs out, like a gate keeper, waiting for the next person to pass, toll being food. 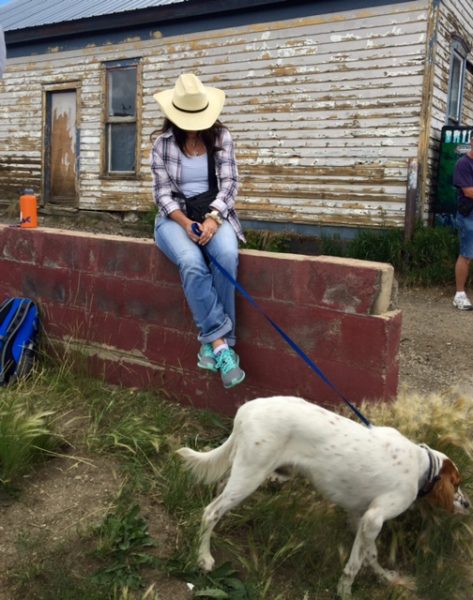 Trudi and Tucker waiting at the Leadville finish. 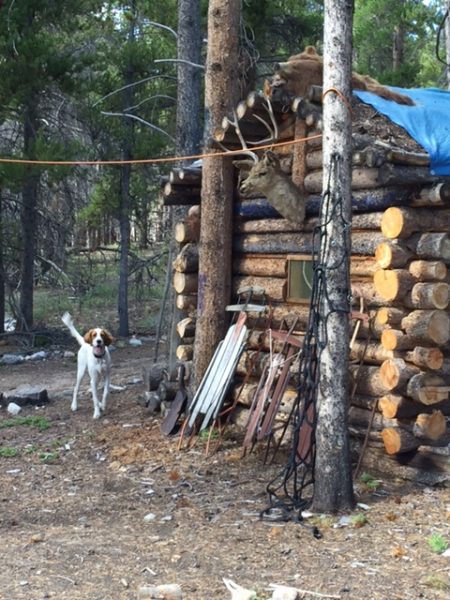 This was outside of Leadville. I was calling Tucker, who was running around here. Notice the bear head on the top of the cabin. When I saw that, I started worrying that both Tucker and I were in the wrong place.