I didn’t realize how many current and former World Tour Pro Riders competed at Leadville 100 this past weekend, until I saw this article over at Cyclingtips.    Of course I knew Joe Dombrowski finished 2nd to Todd, but there are lots of other riders that I had no idea that they came.

It is hard not to be shell-shocked after finishing Leadville.  I was destroyed last year, but I had a pretty terrible day. I say that, but I’m not sure that you can have a great day when the majority of a 6-8 hour race is above 10000 feet and sometimes much higher.  From the responses in the Cyclingtips article, most of the pro guys felt pretty much the same way as I do.

Way back in the day, in the 90’s, when the World MTB Championships were going to be held in Canada, there was a rumor going around that a few of the Tour de France guys, ie. World Tour riders, were planning on coming over and going to try to smear everyone.  The name that was mentioned the most was Steve Bauer, who is from Canada.

I remember talking to Thomas Frischknecht about it and Thomas told me he would buy them plane tickets.  He said that it just made him look that much better when he beat the best road riders.  I had to agree.  We talked about talking up a pool to buy as many road riders as possible tickets, just so we looked better.

I guess this applies to Peter Sagan and the MTB race at the Olympic games.  I’d have to say he really doesn’t have a chance to win.  I hope he does a Peter Sagan and proves me wrong, but I don’t think that will happen.  I’d guess he finishes somewhere between 5-10, maybe 15th.  The top riders in MTB racing can go just as fast as Peter for an hour 15.  That is too short for him.He hasn’t paid his dues. A little over a month of preparation for a race of this status just isn’t enough.

I used to get asked all the time which discipline of the sport was harder, road or MTB.  I’d always answer MTB racing.  I used to get a ton of shit from it.  But when your are racing off-road, it is mainly you against the course.  The other riders just happen to be there.  Now that the UCI races are so short, that has changed some, but when the races are approaching 3 hours or longer, you need to do your race and not someone else’s. Leadville doesn’t quite fit into that since there is so much drafting, but in general, you can’t ride other guys pace off-road.  It usually works against you.

I didn’t make it to the Leadville in time to see Todd win.  I rode from Silverthorne to Leadville on trails.  It was only 50 miles, but took me 4 hours.  I was super tired and was thinking that I was really glad I didn’t have to do another 50 miles that day.

I was there to see the Eriksen’s finish on their tandem and Matt Gilhausen, Tradewind Energy, tried to break the elusive 9 hour mark to get the big belt buckle.  I made it just in time.  They both finished within 10 minutes of the 9 hour witching hour, Matt just making it by 4 minutes or so.  It was a big accomplishment.  Matt was super done, which everyone is after Leadville.  He best statement was – “I’ve trained my ass off the last year and only rode 1 mph faster than I did last year.”  He says that, and it seems true, but riding one mph faster is a huge difference in bike racing.  Kent and Katie won the tandem category by a huge margin.  They are really great together on that.

I went up to Matt’s rental house after to catch up with all the Kansas guys.  Brian Jensen was there.  I hadn’t seen him since he moved out to Colorado.  He rode up Columbine early in the morning, before the race got there.  He said it seemed worse than he remembered.  I never could have made it to Leadville that early to go with him.

Today is Trudi’s birthday.  We’re going to head down to Arvada today to hang with Vincent for a day or so.  I hope the thicker air feels better.  My knee is so swollen that I couldn’t ride yesterday.  But it seems like it isn’t infected, at least yet, so that is a good thing.

Update on Kris.  He just called me.  He is in the hospital at KU med in Kansas City.   They admitted him last night. He has 6 broken ribs, broken collarbone, scapula and a collapsed lung, so a chest tube sticking out of his ribs.  He says it is weird that he is in so much more pain now that they are pumping him full of oral and injectable pain killers than he was yesterday walking around Topeka.  That must be a mental thing, right?

I need to get back home it seems. 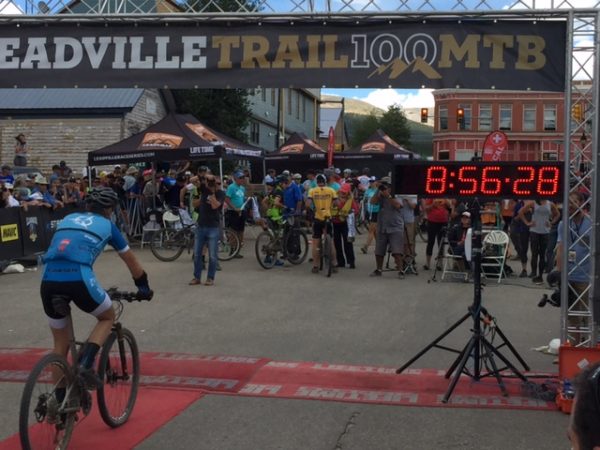 Matt crossing the finish line in Leadville on Saturday. 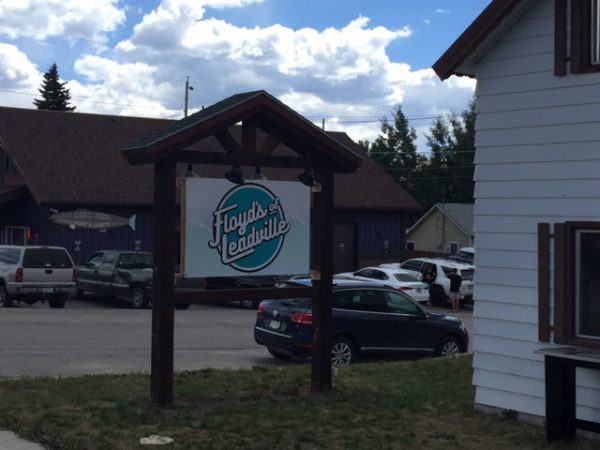 Floyd’s sign in front of his house in Leadville. I don’t think he has a license yet. 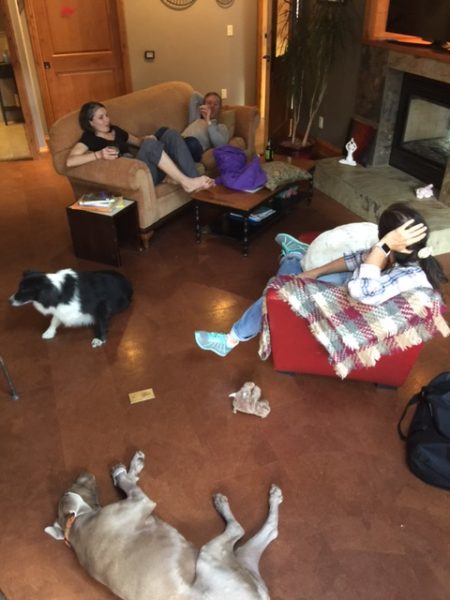 Matt was on the couch after the race. I’m not sure he ever got up again. 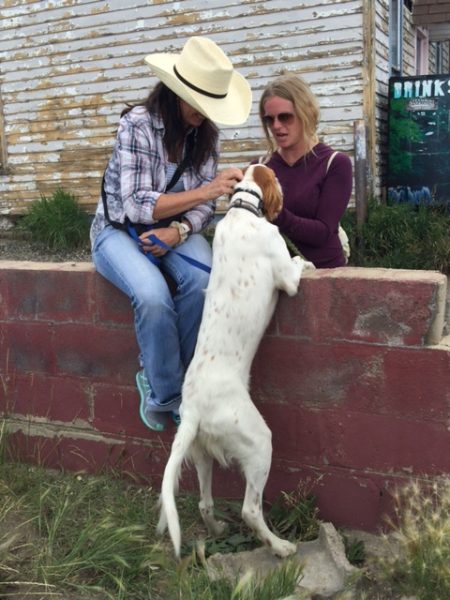 Trudi, Michelle Jensen and Tucker waiting at the Leadville finish. 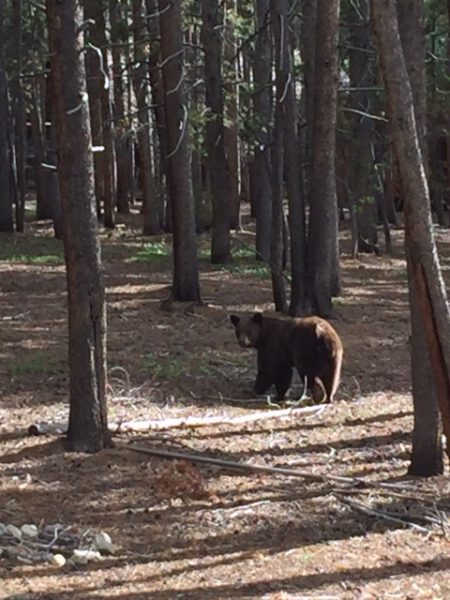 This bear was hanging out at the house in Leadville. We kept the dogs inside. 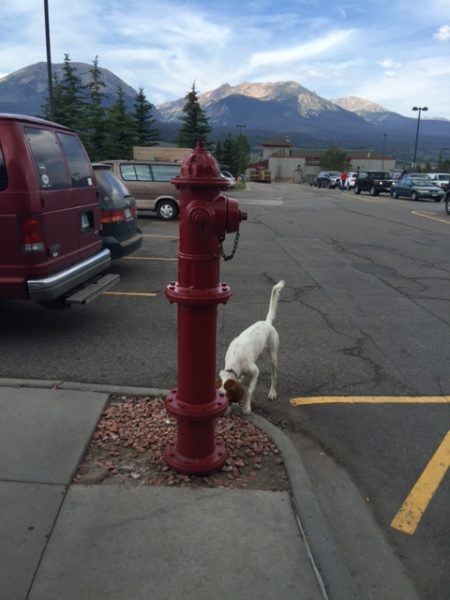 Tucker was interested in this huge fire hydrant outside the Starbucks in Silverthorne. It cracks me up.