I was talking to Pat Lemieux a couple days ago.  He was just calling to catch up.  From Spain.  Pat is super good at keeping in touch with friends.  He and his wife, Gwen Jorgensen are flying over to RIo just 5 days before the Olympic Triathlon , which is August 20th.   Here is  a nice article on both of them.    Anyway, Pat was saying that Gwen is now saying she is going to compete until the next Olympics in Japan.

That got me thinking about racing in Japan and how much fun it was.  The culture is so different that it makes the whole experience extraordinary.

I’ve raced in Japan 3 times, twice MTB and once on the road.  I did two Specialized Catus Cups, which were off-road mini stage races, plus I did the Shimano Cup, which was an international road race.  Japan is the only country where I’m an undefeated.  I won both Catus Cups overall and the Shimano race.   I’d better not got back there to race my bike.

The first year I went, it was just me and Ned Overend racing the men’s race.  The course was at a ski resort somewhere outside Tokyo.  It was a pretty short cross country course for the day, maybe 3 miles around.

The cross country was called the Ned Cup and there were signs all around the course with arrows directing you that said Ned on them.  There were 1000’s of riders at the race, but Ned and I were the best, by far.

Ned wanted to win the race and I didn’t have any problem with that.  He was pretty much the reason that I was there, plus he was the star.  I had already won the downhill and fatboy, so was way ahead in the overall.

The day of the cross country, it had rained the night before and the course was pretty soupy. The course went straight uphill for a bit and then it was a technical descent, followed by another short climb, then down to the bottom and a access road back to the finish.

We started and only one guy stayed with us up the first climb. Over the top, I dropped Ned and the Japanese rider on the first muddy descent and then started the next climb.  Towards the top there was this super thick section, like mid-calf deep mud for about 50 meters.  But there was a line on the right that was about 8 feet above the mucky slog that was totally rideable at speed.

I took the upper line and coasted to the bottom and started climb back to finish the first lap.  I keep looking back and Ned wasn’t on the climb, which was a long ways and a lot of time.  I got up to Trudi, who was running the Specialized MTB at the time.  I asked her where Ned was and she said she didn’t know.

So I proceeded to start the next lap, riding super slow.  But it was hard going too slow because of the mud.  You had to keep a certain speed to stay on your bike climbing, then descending in mud, speed is your friend.  I finished the next lap and got to Trudi and she said that Ned was mad and I needed to wait.

I couldn’t believe that Ned was mad, I’d really never seen the guy too angry, but when Trudi told me that, I took it seriously.  So when I got to the top of the first climb, I got off my bike and pretended I was having a rear wheel problem.   There were so many spectators, I was having a hard time seeing down the hill to know when Ned was coming.

After a little bit, I could see Ned climbing up, so I put my rear wheel back into the frame and got going after he passed.

We did the next descent and got up the next climb to the bog at the top.  I was just catching up to him by the time we got to the mud bog.  I took the line to the right and there was Ned, slogging through 12 inches of super sticky mud,  I yelled down to him to ask him what he was doing.   He had missed the line and had been going through the bog each lap, which was probably a minute slower.

That pretty much explained the whole speed problem he was having.  Anyway, we rode another lap together and towards the bottom of the last descent, I asked Ned how he wanted the finish to play out.  We were riding side by side up the access road towards the finish and Ned is saying that we should just ride up together and then sprint.

All of a sudden, the dude takes off sprinting.  Like super hard.  We still had 500 meters of climbing to the finish, like close to a minute.  I stayed on him about 1/2 way up, then just bagged it.  I wasn’t going to win anyway, so didn’t see the reason to kill myself at the end.

When I got the finish, I was pissed.  I asked him WTF.  He said that he had looked back and the rider that was in 3rd was catching us and that he panicked and took off.   I said, wow.  I told him the guy he saw we had just lapped at the bottom of the hill.  And I really appreciated that he told me that we were getting caught and just took off, leaving me to fiend for myself.

It was all good though.  Ned was a god to all the fans.  I won a full XTR high-end Specialized MTB for overall, but for some reason, I’ll never understand, I had to give it to the spectators by playing a game of rock, paper, scissors.  It is famous in Japan.  After the race, we went to Mt. Fuji and hiked up to the top, which was really hard in October or November.

We stayed in Tokyo for the next week for the Japan Bike Show.  Neither of us could walk we were so sore from coming down.  It was a really fun race trip.

*Oh, I forgot the best part of the story.  I remember out riding this afternoon.  Trudi told me that she thought that Ned was mad because he said to her -“Tell Steve this is my race.”  But, after the race when I was taking to Trudi and Ned about it, Ned said she heard it wrong and what he really said was  – “Tell Steve this is my pace.”  Big difference there.

The Specialized team that year.

Here are some of the Catus Cup jerseys from the past.  I have a ton of them. 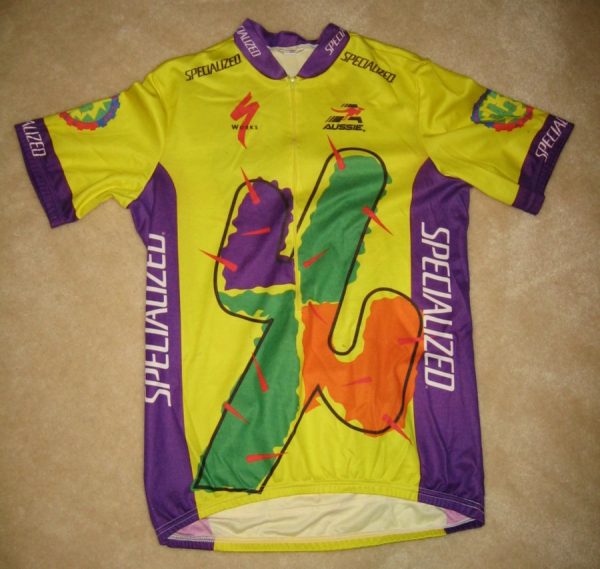 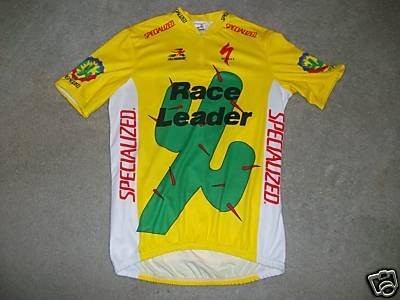 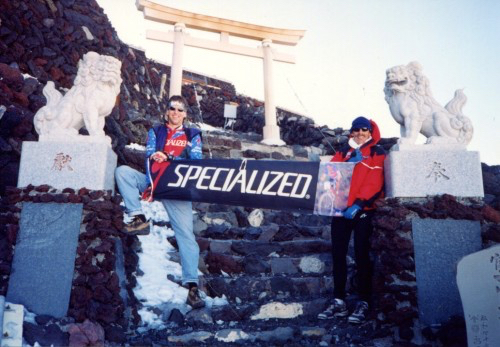 Ned and I at the top of Mt.Fuji. 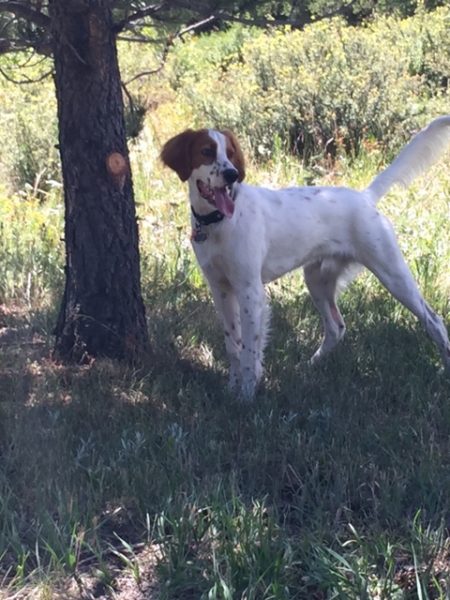 Tucker loves it out here at high altitude.