Yesterday was very hard for me.  I’m not good.  I guess I’m sick, but it is a weird sickness.

I did the 5 hour drive from Cable to Clear Lake Iowa to race at 7 pm.  On my way, I called my friend Shadd Smith to see if he was coming to the race.  Shadd races for the Olathe Subaru Team and I hang with them most of the time since I haven’t had any team mates around most this year.

Anyway Shadd tells me he has been pretty sick every since Louisville.  And that 3 of their guys aren’t coming to the race because they were sick.  I woke up after the criterium, last week, with a super sore throat and crazy headache.  I had never had a sore throat when I was taking antibiotics, unless I was taking the antibiotics for my throat.  Anyway, after a day or so the headache went away, but my throat has been sore since.  Shadd has the exact some symptoms.

Then Stacie, who I was staying with at Louisville got really sick.   She did the 800 mile drive up to Cable, spend one day, and then curled up in the back of their truck and they drove home.  She was bad.

I’ve just been feeling weird.  Sometimes I was okay, but when I wasn’t riding or moving, I was super achy and lethargic.   I’ve been doing that sinus rinse thing, and  wasn’t really that concerned.

Anyway, last night I thought I was okay.  I rode nearly an hour before the race and felt alright.  I was optimistic.  But right when I clipped in, it was not good.

The course was hard.  It was short, .7 miles, with 8 corners.  It had a small rise on the backstretch, which really strung the field out.  Anyway, it was in a long line and I was never comfortable.  I was doing my best to being pack filler.  The whole race my sinus’ were dripping into my lungs and I was hacking constantly.

Towards the end of the race, it got ugly.   There was a small break away and the last 5 laps, it got going harder.  This put a lot of guys to their limit.  Lots of riders were sitting up and others were falling.  I guess the efforts were making them worse bike handlers or something, but individuals were falling randomly in corners, splitting the field.

I kept getting caught behind splits and barely made it back each time.  I finally just put my mind to it and said all I need to do is finish in the field.  And I just did, barely. The last lap I was last guy on, and barely stayed there.  I can’t remember a time I rode like this.  I have to admit, it took a lot of perseverance.  Looking back at the numbers, I sucked.  And I was hurting.  I had an average heartrate of 169 and a maximum of 189.  So much for that low heart rate deal.  I guess I can only get my heart rate up is when I am struggling.

So, today I’m not racing.  No one is.  The race has been cancelled.  That wouldn’t have made any difference, I wasn’t starting anyway.  I woke up early, at 5:30, with Trudi, who drove to Kansas City to fly to Switzerland.  Just a little while later, I heard thunder.  It has been raining pretty constantly since.

This season has been pretty challenging, mentally for me.  I’m not sure if it is just bad luck or what, but I have been out of sorts most of the last couple months.  I don’t really feel that bad, but yesterday was awful.  Man, if bike racing was always that hard, I’d consider a different lifestyle.

I have a week before Tour of Lawrence next weekend.  I’m heading home and will try to feel better by then.  I guess I need to rest some, but I feel better when I’m riding.  Weird. 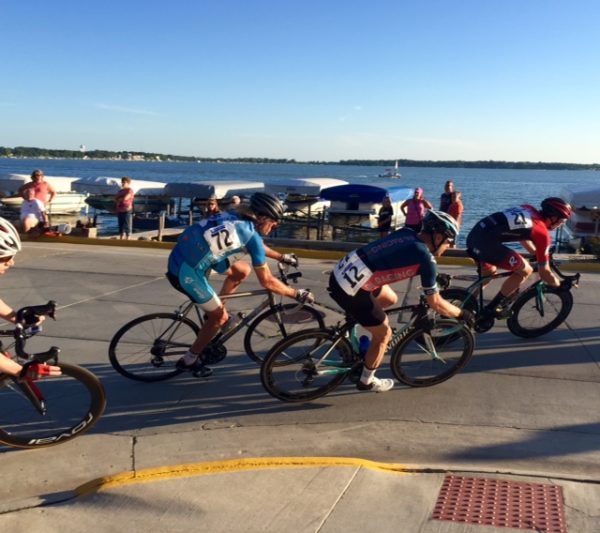 I was never comfortable all day. 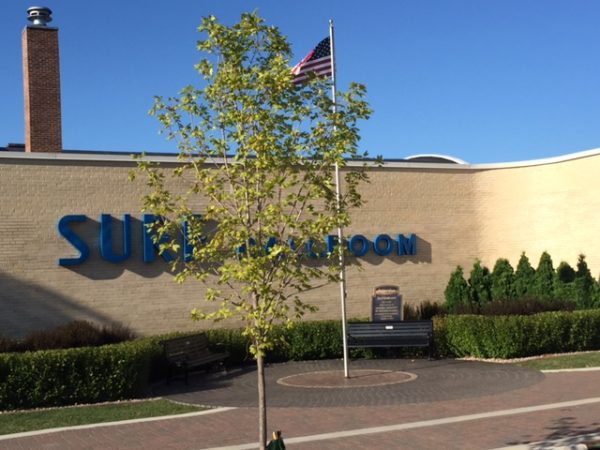 I warm up by here. This is the last place that Buddy Holly played before he died in a plane crash. 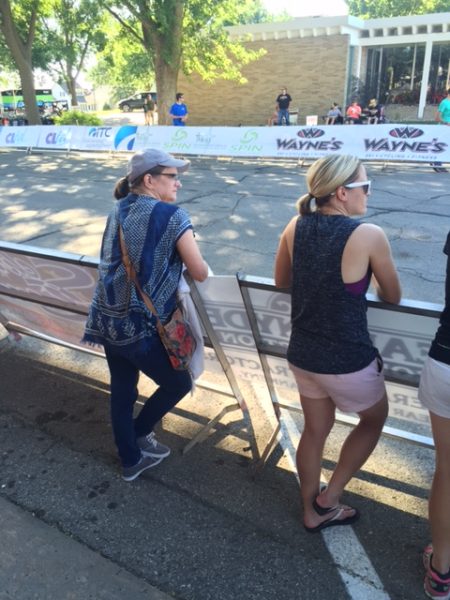 Even at this criterium, they have barriers without legs sticking out into the course. Maybe the Tour de France could take notice. 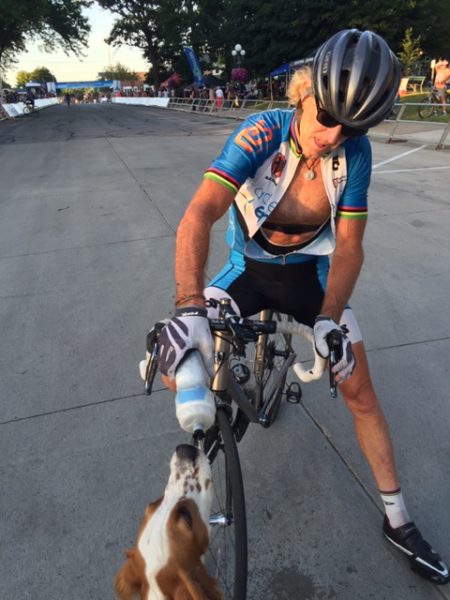 Tucker was thirsty after I finished. 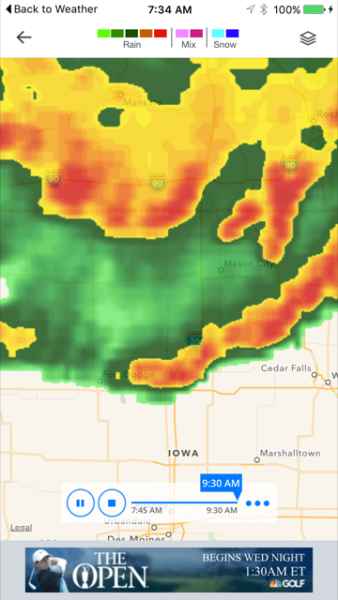